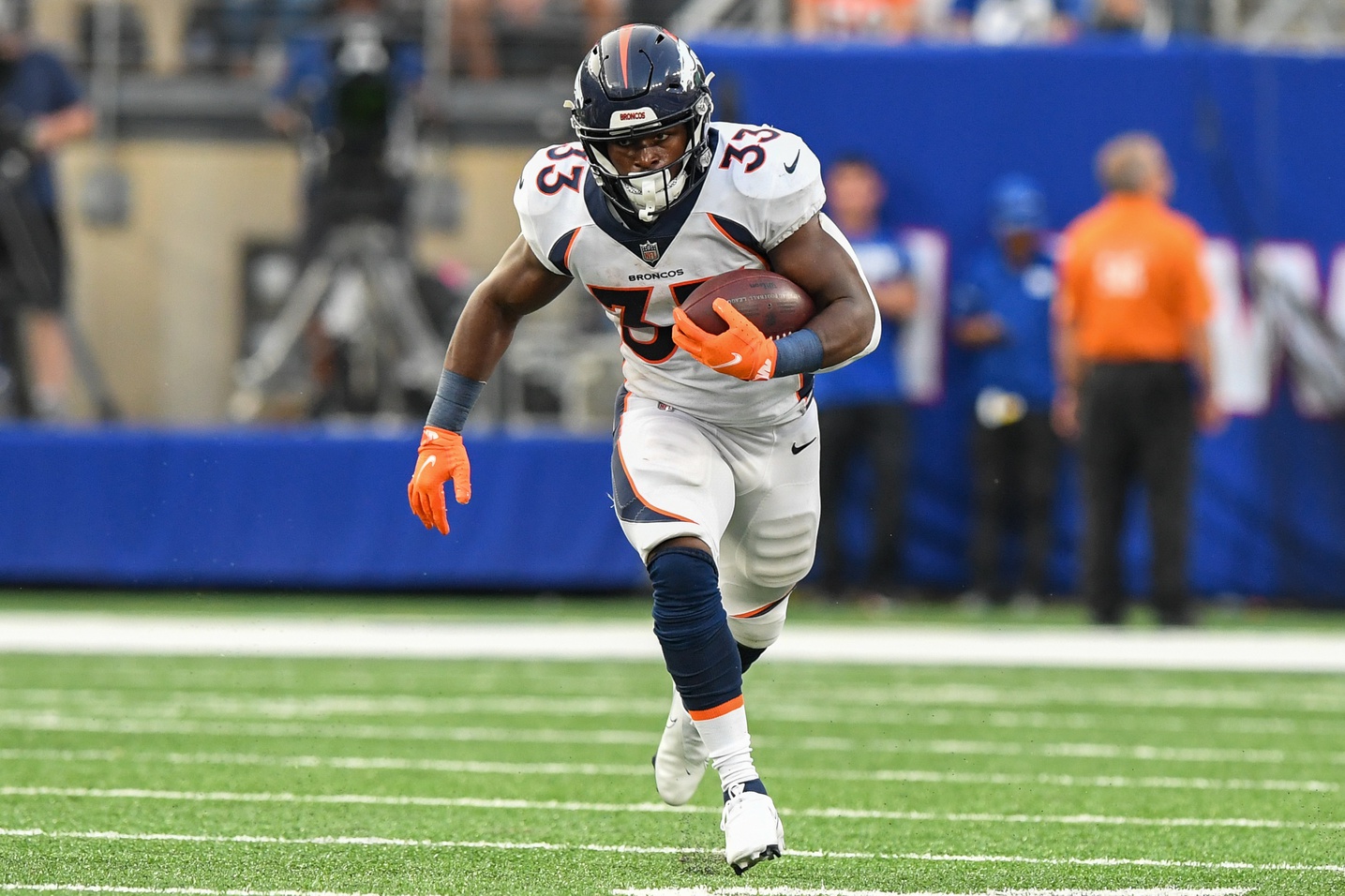 Why Broncos’ Javonte Williams Is Poised For Breakout 2022 Season

The NFL world is about to get to know Denver Broncos running back Javonte Williams’ name very well this season.

There’s no disrespect intended in calling Williams a breakout player in his second season in the NFL. Denver’s second-round pick in 2021 already made a very strong first impression in his rookie year, splitting carries with veteran running back Melvin Gordon in the Broncos’ backfield. Even though Gordon was technically the primary starter, he and Williams finished with the exact same number of carries (203) and nearly the same amount of production. The rookie finished with 903 yards on the season to Gordon’s 918, and the veteran also had the edge on touchdowns with eight to Williams’ four.

It’s not like Williams is an unknown member of the Broncos’ roster. It’s just that it kind of feels like we haven’t even gotten a real taste of everything he could be capable of.

Denver split his and Gordon’s carries straight down the middle in 2021, but it’s likely the Broncos will lean more heavily on Williams after he proved himself his rookie year and as Gordon enters his age-29 season. Assuming they do, what should we expect to see from Williams in his second year? Well, probably just a bit more of everything that made him so successful as a rookie.

Williams succeeded at North Carolina thanks to his great elusiveness and vision that both balanced his running style as a powerful, bruising running back. Those traits immediately showed up at the next level, especially when it came to the yardage he got after contact as a rookie.

In just 203 carries, Williams ran through 63 missed tackles, second-most in the NFL last year and just three behind leader Jonathan Taylor on 129 fewer rushes. In all, the rookie finished his first season averaging 3.4 yards after contact, also among the league’s best. This play against the Cowboys in Week 9 provides a look at everything he’s capable of as a runner.

There’s also another side to Williams’ game that makes him an even bigger breakout candidate for the 2022 season: his talent as a pass-catcher. The North Carolina product finished his rookie year with 43 catches for 316 yards and three scores, making him the Broncos’ bigger pass-catching threat out of their backfield. His 53 targets were fifth on the team behind Denver’s starting receiver trio and tight end Noah Fant.

This year, thanks to the Broncos’ blockbuster trade for quarterback Russell Wilson, Williams will get to both serve as a complementary piece in the run game and continue to show off more of his abilities in the passing game. Wilson didn’t hesitate to throw the ball to his running backs during his time in Seattle. Not only that, but new head coach Nathaniel Hackett also made sure his backs were busy in the passing game during his time as the Packers’ offensive coordinator. Running back Aaron Jones had the second-most targets of all Green Bay pass-catchers in 2021 behind only star receiver Davante Adams.

From Williams’ proven abilities as a rookie to his dual-threat capabilities as a running back and youth relative to Gordon, the Broncos are likely to lean on their second-year back a bit more in 2022. That means he’ll have even more chances to show off his prowess as a power back after excelling as a rookie. Hackett’s offensive scheme and Wilson’s willingness to spread the ball around will also allow Williams to continue to excel in the passing game.

So even though Williams already proved himself a worthy second-round selection in his 2021 rookie season, the 2022 season is going to be a true breakout for the second-year back. Assuming he stays healthy and gets even more touches in year two, this season could be something of a coming-out party as Williams becomes more of a household name.