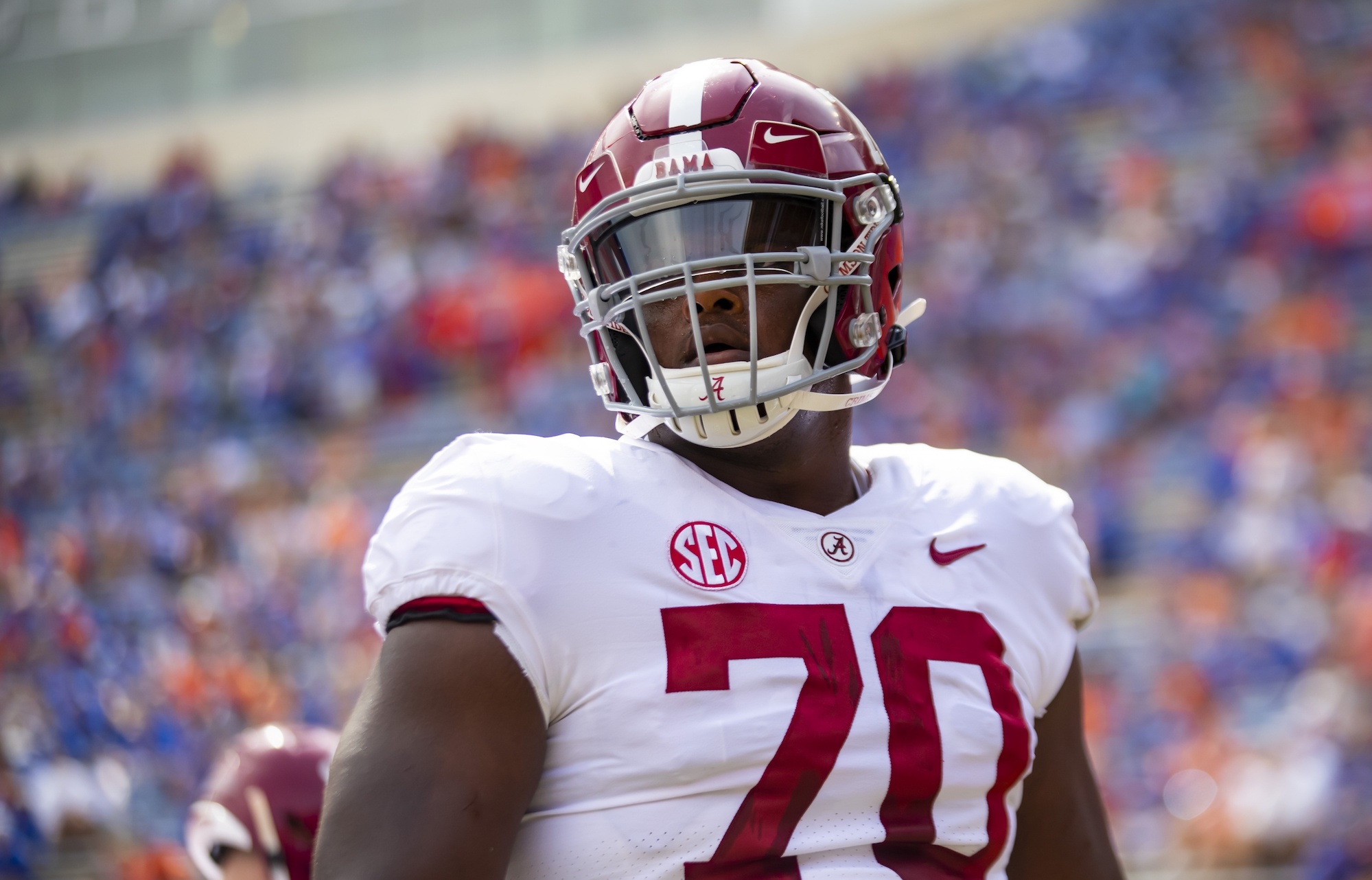 Javion Cohen Transfer Portal: What Are His 3 Best Landing Spots?

Former Alabama left guard Javion Cohen announced his decision to enter the transfer portal via his official social media pages. Cohen started 25 of a potential 27 games at Alabama and wasn’t credited with allowing a sack throughout his tenure with the Crimson Tide. Cohen is one of the best prospects to transfer away from Alabama in recent years.

Cohen is a versatile and athletic offensive lineman that’s capable of thriving in any scheme. It makes him an ideal fit for nearly every program in the country. Cohen’s entrance into the portal has been met with an abundance of fanfare. He’ll possess many wide-ranging options. We’ve identified three potential destinations for Javion Cohen to consider.

The Hurricanes are viewed as overwhelming favorites. Miami is expected to host Cohen on an unofficial visit this weekend, according to multiple reports. The Hurricanes will attempt to seal the deal when Cohen visits their campus.

Miami’s interest is straightforward. Cohen is a 6-foot-4, 305-pound mauling blocker. Cohen is currently the No. 10 overall player in the portal. Cohen possesses two years of remaining eligibility and would immediately step into Miami’s starting lineup at either guard position.

Cohen was once committed to Auburn throughout his initial recruitment. He eventually de-committed and decided to join Alabama instead. Could Cohen come full circle and end his collegiate career with the Tigers?

New Tigers head coach Hugh Freeze was a high-profile hire for an Auburn program that’s attempting to restore dominance and relevance. Freeze is a big-time recruiter that could convince Cohen to remain in the SEC. Transferring to Auburn would also allow Cohen to remain in his hometown state of Alabama.

Cohen would immediately become Auburn’s best offensive lineman in 2023. Freeze has coached dozens of NFL talents and could prepare Cohen for the next level. Auburn remains an underdog program to monitor throughout the Cohen sweepstakes.

Cohen should possess an interest in transferring to a program that allows him to showcase his dominant skill set. Cohen’s natural strength has been highlighted via Alabama’s run game. Cohen has proven that he can sustain blocks, control the line of scrimmage and move defenders backward.
Few programs run the football like Michigan does. Head coach Jim Harbaugh consistently oversees one of the nation’s top rushing attacks. The Wolverines are currently averaging 243 rushing yards per contest. They’re the sixth-ranked unit across the country in that department. Michigan has an opportunity to add to these numbers via the College Football Playoff.

The Wolverines are set up for additional success in 2023 and beyond. With C.J. Stroud departing Ohio State, Michigan will once again be Big Ten favorites. Harbaugh has developed the program into a well-oiled machine. Cohen should strongly consider joining Michigan.