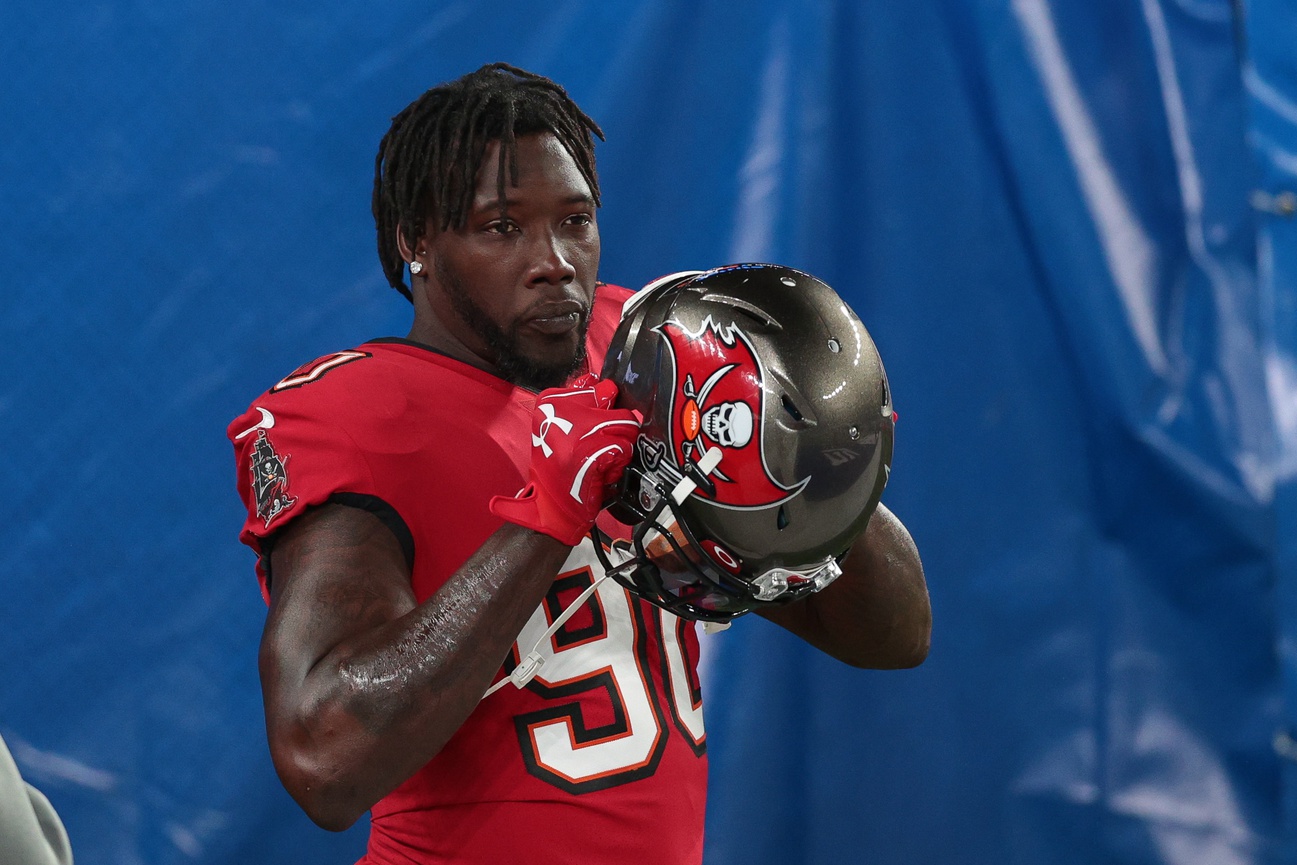 It’s worth noting the 33-year-old Pierre-Paul experienced a disappointing season in 2021 by his standards, so there is a slight buyer beware element attached to this potential deal. The former South Florida standout recorded just 2.5 sacks while a shoulder injury limited him to just 12 regular-season appearances. Pierre-Paul underwent offseason surgery for a torn rotator cuff and previously called the injury “the worst of his career.” Prior to 2021, Pierre-Paul hadn’t recorded less than 7.0 sacks in a single campaign since 2015, and even that was a result of an infamous fireworks incident that cost him his right index finger (and eight missed games). Figuring out whether it was advancing age or the shoulder injury that limited Pierre-Paul in 2021 is for the Ravens to figure out during their visit (we trend toward the latter). The Dallas Cowboys reportedly showed interest in Pierre-Paul earlier this season, yet he remains on the market.

The Ravens searching for pass-rushing help has been a familiar theme throughout the offseason. The Ravens previously reached a verbal agreement on a four-year, $35 million contract with Za’Darius Smith before Smith backed out of the deal and signed a more lucrative contract with the Minnesota Vikings. Baltimore’s front-office brass responded by hosting Arden Key and Rasheem Green on free-agent visits, but Key signed with the Jacksonville Jaguars, Green joined the Houston Texans, and the Ravens continue mulling the possibility of adding outside help.

It’s easy to understand why the Ravens are doing their due diligence on Pierre-Paul while attempting to aggressively upgrade their pass-rushing unit. Baltimore recorded just 34.0 sacks throughout the 2021 campaign, which accounts for just 2.0 quarterback takedowns per 17 regular-season contests. That placed Baltimore in similar territory from a pass-rushing perspective alongside the likes of the Jacksonville Jaguars (32.0 sacks), New York Jets (33.0 sacks), and Detroit Lions (30.0 sacks). The lack of pass-rushing prowess qualified as an unfamiliar theme for an organization that has built a reputation for its historically strong defensive efforts.

Linebacker Tyus Bowser led the Ravens in sacks with 7.0 quarterback takedowns but underwent surgery in mid-January for a torn Achilles after suffering the injury in Baltimore’s regular-season finale. Bowser is expected to be ready for training camp, but his physical movements will be worth monitoring. Rookie Odafe Oweh was Baltimore’s most promising EDGE defender in 2021. Oweh flashed promise by recording 5.0 sacks in his debut season. Oweh is expected to continue taking steps forward in 2022, and surrounding him with a talented veteran such as Pierre-Paul could do wonders for his development. Veteran rusher Justin Houston recorded 4.5 sacks last season, but remains an unrestricted free agent, and isn’t expected back in Baltimore.

DeCosta didn’t do much via the 2022 NFL Draft to help Baltimore’s immediate situation either. The Ravens did draft former Michigan standout David Ojabo in the second round, but Ojabo suffered a torn Achilles injury of his own during Michigan’s Pro Day. Ojabo could make his NFL debut this season, but his return to play timeline remains muddy and undecided. Ojabo was a first-round talent, but the chances of him helping the Ravens significantly in 2022 are slim.

Behind the uncertain Bowser, developing Oweh, and injured Ojabo is Jaylon Ferguson and Daelin Hayes, a pair of young rushers that have yet to prove themselves with any desired consistency. The Ravens also drafted Travis Jones, and although he may help the Ravens garner more of a pass-rushing push from the interior, Jones’ presence isn’t expected to have an overwhelming impact on the edges (where the Ravens need the most assistance). The argument in favor of signing Pierre-Paul continues to grow legs.

The Ravens have overhauled the back end of their defense this offseason (the additions of Marcus Williams and Kyle Hamilton are massive), but haven’t done enough to address an underwhelming pass rush. Adding Pierre-Paul could be the remedy that’s required in Baltimore.