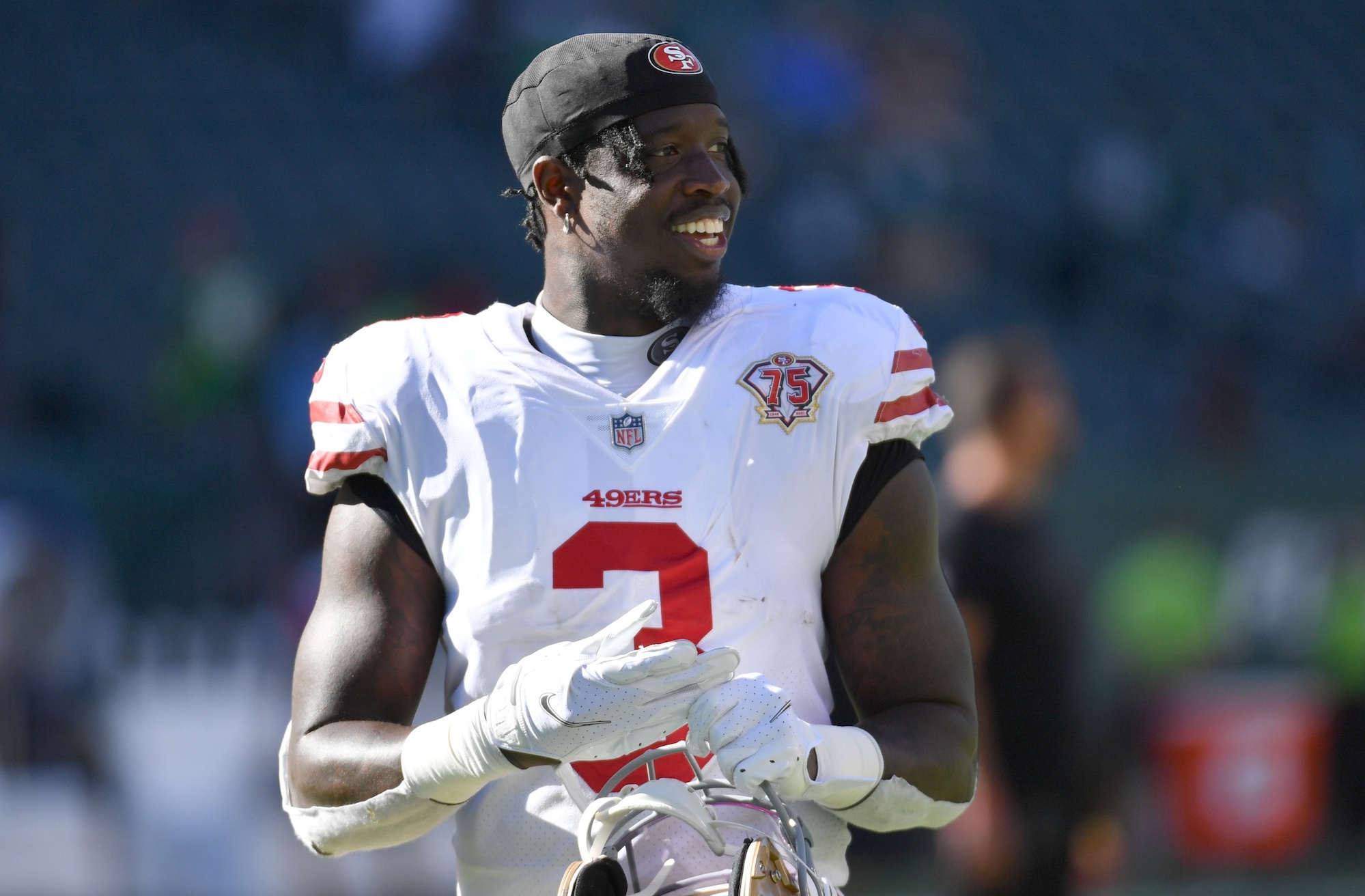 The free agency market is expected to receive a kickstart once the calendar flips to June and veteran defensive back Jaquiski Tartt is one of the more exciting secondary defenders available.

A former second-round selection out of Samford, Tartt has spent his entire seven-year career in San Francisco. Tartt played out a one-year contract worth $1.1 million with the 49ers in 2021. He appeared in 14 regular-season contests and accounted for 66 total tackles and 5.0 tackles for loss. Injuries have often limited Tartt’s upside, but he’s proven to be a productive, movable chess piece when healthy and available.

Tartt should receive interest on the open market in June. We’ve identified three franchises that should consider upgrading their current defensive personnel by adding Tartt to their roster.

Eagles General Manager Howie Roseman has been incredibly aggressive this offseason as he attempts to catapult his Eagles into Super Bowl contention. The Eagles qualified for the postseason in 2021 and are expected to take another step forward this season. Roseman signaled his intentions by acquiring superstar receiver A.J. Brown from the Tennessee Titans in exchange for a first-round draft selection. The Eagles are preparing to challenge the Dallas Cowboys for the NFC East throne.

Most recently, Roseman continued pushing his chips into the middle of the table by signing recently released cornerback James Bradberry. Bradberry upgrades Philadelphia’s situation at cornerback and Roseman could now turn his attention to the safety position, which could use some tender, love, and care.

Anthony Harris and K’Von Wallace are the current safety tandem in Philadelphia’s defensive backfield. The Eagles didn’t draft a single safety in the 2022 NFL Draft. Tartt would provide an immediate cost-effective upgrade.

The Jets’ 2022 starting safety tandem is likely already in place with Jordan Whitehead and Lamarcus Joyner, but Tartt is unlikely to find an immediate starting role at this point and could provide quality depth in New York’s defensive backfield. NFL defenses are fielding more defensive backs nowadays to combat pass-happy offenses and the depth behind Whitehead and Joyner is highly questionable.

49ers General Manager John Lynch likely hasn’t closed the door on re-signing Tartt. The 49ers currently possess approximately $140,000 in cap space, via Spotrac. Their tight financial situation could be why Tartt remains on the open market, but an eventual solution is expected to be reached.

The 49ers could release Dee Ford in June, saving them roughly $1.12 million in cap space this year. On a much larger scale, trading quarterback Jimmy Garoppolo would create significant breathing room in the salary cap department ($25.5 million, to be exact). The 49ers are short on cash now, but the situation could change in an instance.

The 49ers didn’t possess a first-round selection in the 2022 NFL Draft as a result of last year’s blockbuster trade-up for Trey Lance, but Lynch still made a healthy nine selections in April. Lynch didn’t draft a safety, which could be viewed as a telltale sign that he plans to sign another veteran in June or July.

Jimmie Ward and the recently signed George Odum are expected to start at safety throughout the 2022 campaign, but the depth behind them is borderline concerning. The 49ers best understand how to utilize Tartt as a do-it-all versatile weapon.