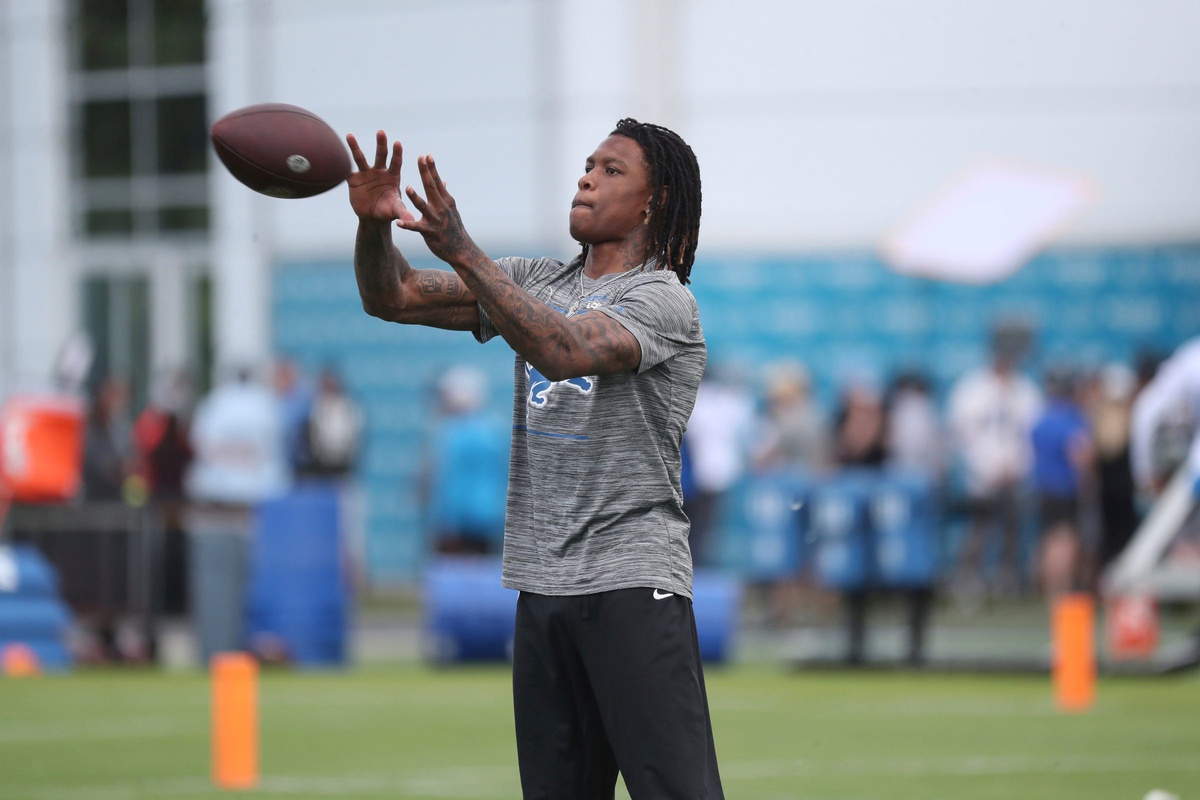 Should Lions Shut Down Jameson Williams For The Season?

The timeline for Detroit Lions rookie wide receiver Jameson Williams to make his NFL debut continues to be muddied. Williams, who once appeared on track to return by the midseason mark, continues to sit on the sidelines. Lions head coach Dan Campbell recently added to the befuddlement.

“I think we’re looking at December,” Campbell recently said in relation to Williams’ return during a radio appearance. “If I’m trying to forecast here a little bit, I’m hoping sometime in December we get him.”

That places Williams at least one month away from suiting up for the Lions. Campbell’s 2-6 Lions are already heading for another lost campaign. They’ll likely have even less to play for by the time Williams is cleared for physical contact. There’s little-to-no competitive reason to field Williams this season. The Lions should consider shutting Williams down for the remainder of the campaign at this point.

Campbell seems to disagree. Detroit’s head honcho made it clear throughout that media appearance that Williams will play as long as there aren’t any concerns from a physical standpoint. Wanting Williams to get some in-game experience under his belt is somewhat understandable, but the Lions must approach with caution, however. It would serve as catastrophic if Williams were to re-injure himself in a meaningless December contest.

Williams suffered a torn ACL injury in Alabama’s national championship defeat to Georgia in early January. He’s approximately 10 months removed from that setback. All parties involved must keep the long-term picture in mind.

The injury hampered Williams’ ability to appropriately showcase himself throughout the pre-draft process, but Lions general manager Brad Holmes still parted with several draft selections in order to land Williams’ services. Detroit traded all the way up to No. 12 overall from No. 32 (20 slots) to secure the right to draft Williams.

Williams hasn’t suffered any reported setbacks, but his timeline has continuously been pushed back. Williams was said to have looked good physically throughout organized team activities (OTAs) and wasn’t wearing a brace or sleeve on his surgically repaired knee. That was back in June, and Williams has yet to play nearly half a year later.

Detroit’s passing offense hasn’t lacked explosion this season despite missing Williams. They’re currently averaging 243.1 passing yards per contest, which ranks eighth across the league. Negative game flow has made an impact, but there’s no denying the Lions are fielding a high-octane passing attack. Adding Williams to the fray will take things up a notch.

The Lions currently possess the No. 5 overall selection in the 2023 NFL Draft. That puts them within range of possibly drafting Bryce Young, C.J. Stroud, or Will Levis. Whether it’s Jared Goff or a rookie signal-caller in Detroit next season, Williams is going to serve as a terrific weapon at their disposal.

A truly dynamic receiver with game-changing abilities, Williams will make a profound impact on Detroit. Lions fans are anxious to place Jameson Williams in their high-scoring offense. Perhaps the Lions’ decision-makers should patiently wait for next season.