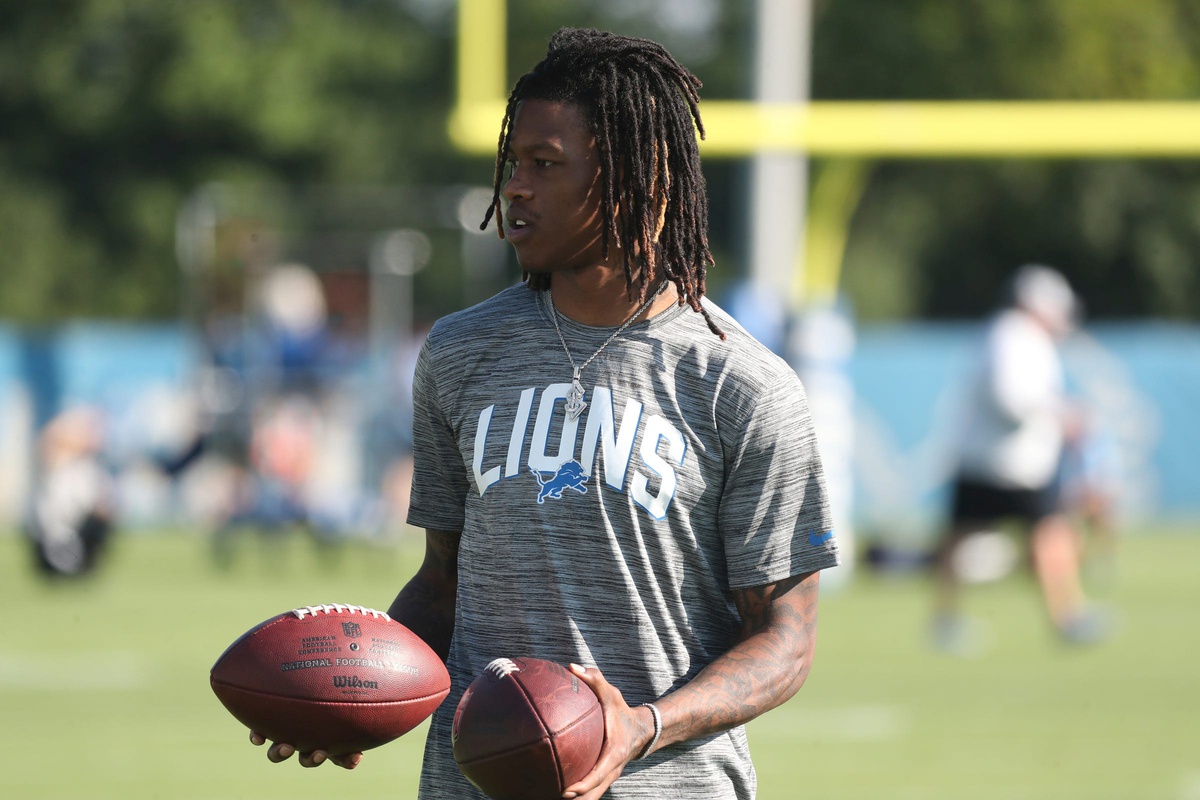 How Will Jameson Williams Fit Into Lions’ Offense?

The Detroit Lions have gotten off to an exciting start on offense this season. Headlined by young stars Amon-Ra St. Brown, T.J. Hockenson, D’Andre Swift, and one of the league’s best offensive lines anchored by 2021 seventh overall pick Penei Sewell, the Lions rank second in the NFL in points per game and third in the NFL in yards per game through three games. Perhaps most impressive for the Lions, and most alarming for the rest of the NFL, is that Detroit has done this without the player who most scouts considered to be a cut above the rest of their skill position group: wide receiver Jameson Williams.

The Lions told us how strongly they felt about Williams as a prospect when they made the move to trade up from the 32nd overall pick to the 12th overall pick to select him in this year’s draft. Coming off of a season that included receptions of more than 50 yards in eight games and a reception of over 70 yards in six games, Williams likely would have been the first receiver selected in this year’s draft had it not been for a torn ACL in January’s National Championship game. This same ACL injury is what is now likely keeping him off the field until at least Detroit’s Week 6 bye, per a recent report.

While Williams hasn’t even played a game for the Lions yet, it’s not hard to see where he’ll fit into the offense in the short and long term. Williams is a seamless and synergistic fit next to St. Brown, Hockenson, and Swift.

While St. Brown has proven himself to be one of the NFL’s top receivers, his strengths do not lie in threatening a defense vertically; he has averaged 10.3 yards per reception over his career (11.0 this year) and ranks as one of the league’s top yards after the catch players this season. Similarly, Hockenson averages 10.3 yards per reception over his career, with Swift averaging 7.6 out of the backfield. The takeaway here should be that while these are useful and maybe in some cases (*cough* St. Brown *cough*) great players, these are not players that threaten a defense vertically. And that’s okay because that’s where Williams comes in.

Winning down the field and “taking the top off” defenses is where Williams wins. He averaged 19.9(!) yards per reception last season at Alabama. Williams’ ability to win vertically, and merely threaten defenses vertically, will give St. Brown, Swift, and Hockenson more room to operate in the middle of the field and create more yards after the catch opportunities for them.

In the short term, veteran D.J. Chark’s presence as Detroit’s X receiver could allow offensive coordinator Ben Johnson to get creative with Williams and St. Brown’s usage, toggling both of them between the Z and slot receiver roles. This will put Williams in situations to showcase his speed as a vertical threat and as a yard-after-catch threat. This is the kind of upside that Williams has as a player.

NFL teams salivate over drafting and developing offensive cores resembling what Detroit has right now. The Lions boast one of the league’s best offensive lines, with high-end starters Penei Sewell, Jonah Jackson, Frank Ragnow, and Taylor Decker all under team control through at least 2024. Their skill positions are loaded; they have proven high-end players at running back, wide receiver, and tight end in Swift, St. Brown, and Hockenson, with another likely on the way in Williams, all on rookie contracts. These should be the building blocks of Detroit’s passing game for the next half decade-plus. The one question Detroit has left to answer offensively is at quarterback.