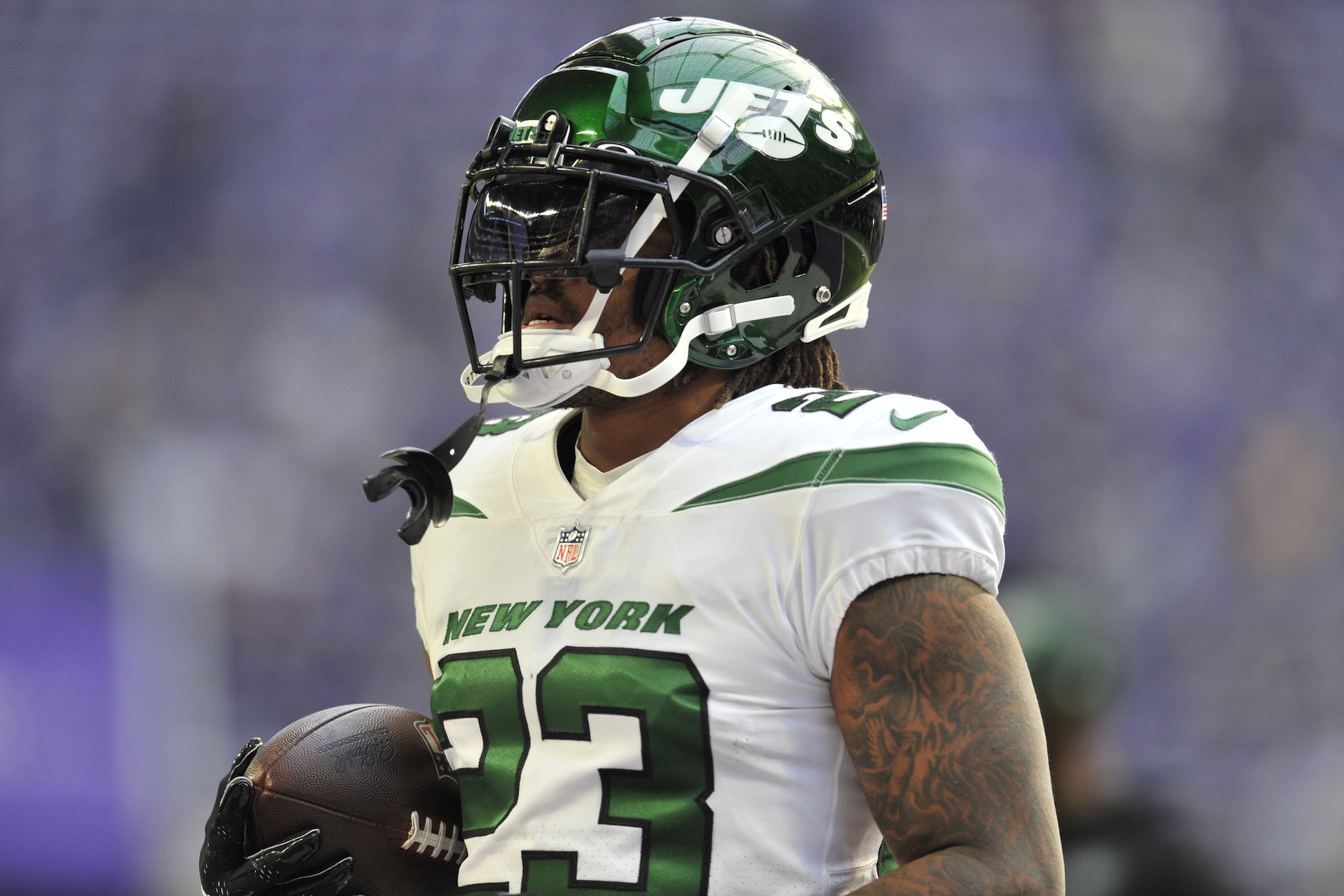 Will James Robinson Have Role For Jets In 2023?

New York Jets running back James Robinson hasn’t featured much for their offense since the Jets traded for him one week before the NFL trade deadline. Robinson has earned just 29 carries in four regular-season appearances since joining the Jets in late October and has been a healthy scratch for several contests. Jets offensive coordinator Mike LaFleur recently offered encouraging words regarding Robinson’s role on the 2023 Jets.

“He’s (James Robinson) a big part of our plans,” LaFleur said. LaFleur then alluded to Robinson’s 2021 Achilles tear in relation to his lack of involvement. “I’m thankful he’s on this roster.”

Jets general manager Joe Douglas parted with a conditional sixth-round selection that may become a fifth-round selection on Oct. 24 in order to acquire Robinson from the Jaguars. The former undrafted free agent out of Illinois State has rushed for just 85 yards as a Jet while averaging 2.9 yards per carry.

Robinson is set for restricted free agency, which increases the likelihood of him returning to the Jets in 2023. Robinson should play through training camp and the preseason with the Jets, but he isn’t guaranteed a 53-man roster spot. The Jets parted with little capital in order to acquire Robinson, and shouldn’t feel obligated to force him into a starring role. There is a path for LaFleur’s sentiments regarding Robinson to become reality, however.

Starting running back Breece Hall suffered a season-ending torn ACL injury in a late-October victory over the Denver Broncos. Hall is the unquestioned star of the Jets’ backfield when healthy, but his status for the Jets’ 2023 regular-season opener hangs in the balance. Beyond that, Hall’s availability and effectiveness throughout the months of October and November ultimately depend on his path to recovery.

Hall’s projected timeline of 9-12 months makes things tricky. Recovery from torn ACLs has improved in recent years, but things can still get tricky, especially for a ball-carrier. Just ask Baltimore Ravens running back J.K. Dobbins. Robinson could be viewed as a like-for-like replacement for Hall on early downs as a between-the-tackles runner.

The Jets’ backfield remains crowded even with Hall on the sideline. Dual-threat back Michael Carter remains under contract for the 2023 (and 2024) campaign. A former fourth-round selection, Carter is a versatile pass-catcher that also remains in the Jets’ plans. Carter is their best third-down back and should command a role on obvious passing downs.

The emergence of Zonovan Knight really threw a wrench into the Jets’ plans for Robinson. A rookie undrafted free agent out of NC State, Knight exploded down the stretch and is directly responsible for some of Robinson’s lack of touches. Knight has accounted for 378 total yards of offense and one touchdown in the Jets’ latest six contests.

Knight is scheduled to earn an affordable base salary of $870,000 in 2023, per Spotrac. Robinson may find himself in a three-way position battle alongside Knight and another undrafted ball-carrier for a spot on the Jets’ final 53-man roster. Hall and Carter should be safe, assuming both are healthy to begin September.

Robinson’s tenure as a Jet has been disappointing so far, especially because they acquired him as a solution shortly following Hall’s injury. LaFleur cracked the door open for Robinson to be a part-time contributor in 2023. James Robinson will have to earn a role, however.