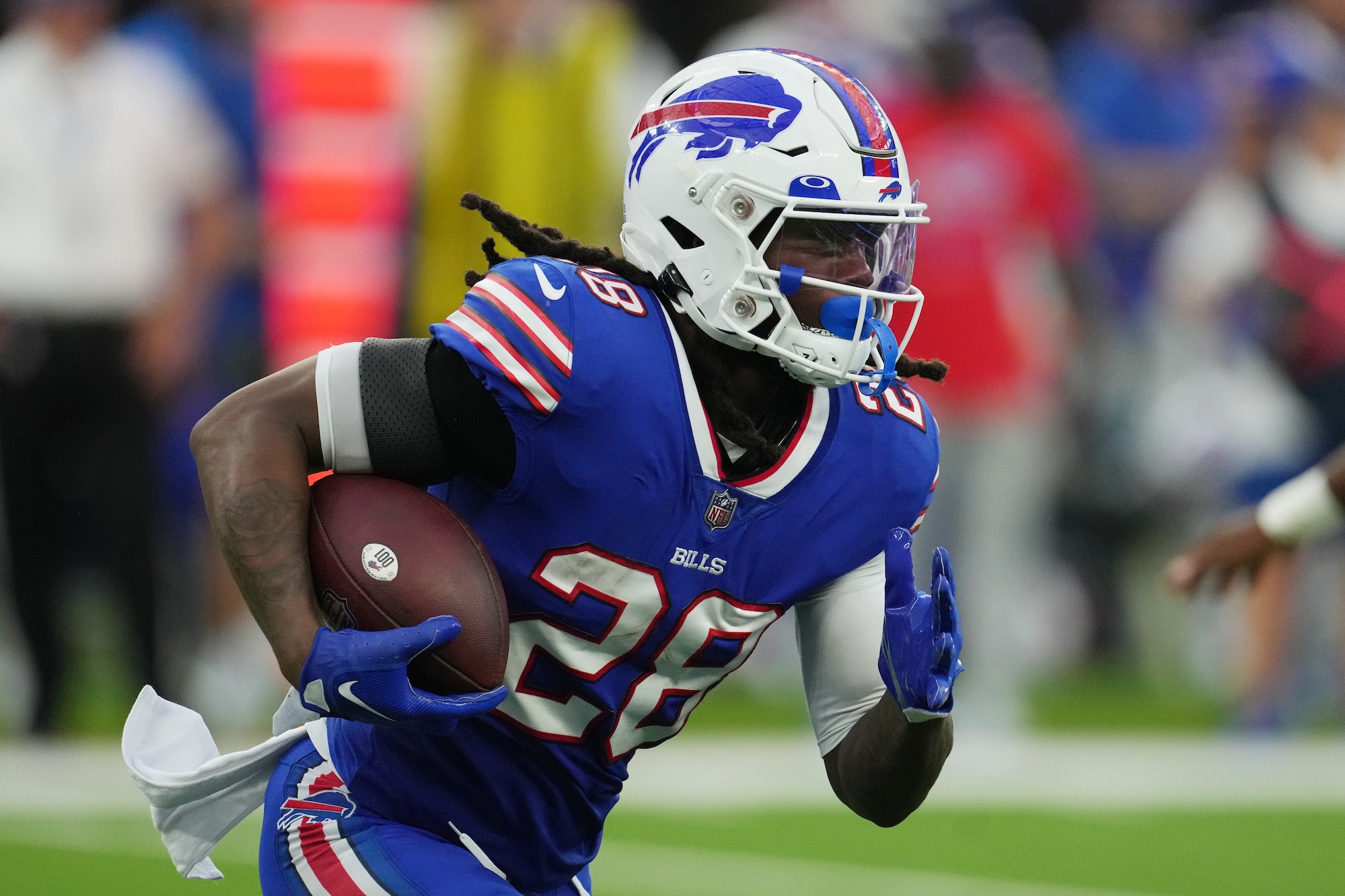 Here’s Why Bills Need To Get James Cook More Involved

When the Buffalo Bills drafted Georgia running back James Cook in the second round of the 2022 NFL Draft, they added a new and exciting ingredient to their offense: a sub back. Buffalo had initially expected to acquire a sub back in free agency, agreeing to terms with J.D. McKissic only to have him renege on the deal and return to Washington.

Although the situation with McKissic fell through, the Bills viewed Cook and McKissic as comparable players. General manager Brandon Beane went as far as to compare the two after the draft, citing their hands and instincts in the passing game.

Buffalo’s prioritization of McKissic in free agency and their high selection of Cook to ultimately fill the sub back role on a championship-ready roster suggests that they viewed it as an important and missing element of their offense. Five weeks into the season, this element is still missing. Outside of one spike week with nine catches against the Miami Dolphins in a game where Allen threw the ball more than 60 times, Devin Singletary has nine receptions in four games this season. After a Week 1 fumble, Cook has barely played; this should change for the Bills.

From a surface-level view, the Bills don’t have problems offensively. Stefon Diggs remains one of the best receivers in the NFL, with Gabe Davis a more than adequate complement. Isaiah McKenzie has provided an explosive and versatile slot threat in an expanded role. Dawson Knox is one of the most promising and physically gifted young tight ends in the game. The offensive line? Solid enough, especially for the alien wearing No. 17 they protect at quarterback who makes it all go. He’s pretty good, too.

Buffalo has the production to match the paper: they rank first in the NFL in yards per game offensively and second in the NFL in points.

Despite Buffalo’s offensive dominance over the start of the season, many fans are calling for the team to be aggressive in pursuit of offensive upgrades as the team goes after a Super Bowl. At the heart of this desire is the team’s reliance (some may say overreliance) on Allen and to a lesser extent Diggs. Allen has not only headed the team’s passing attack, but he has also headed the team’s rushing attack, leading the team with 225 yards on 35 carries (6.4 yards/attempt). The next closest Bill is Singletary, at 171 yards on 40 carries (4.3 yards/attempt).

Allen’s monopolization of Buffalo’s offensive production has been so drastic that Cook’s touchdown in garbage time of last week’s victory against the Steelers actually represented the first touchdown scored by a Bill this season that Allen did not have a hand in. Yes, it was the first non-Allen rushing touchdown of the season for Buffalo.

When Beane attempted to bring in McKissic in free agency and ultimately drafted Cook, he envisioned easing the burden on Allen. Easing the burden doesn’t come from plodding the ball into the line of scrimmage on 1st-and-10 and creating long down and distances on second and third downs for the offense. This would not be what an extension of Cook’s usage would mean. Easing the burden means getting running backs matched up on linebackers in the passing game, having check-downs available for the quarterback, and adding a layer of difficulty in game planning for the defense.

For Buffalo, this added threat in the passing game could go a long way. Diggs leads the team with 52 targets and 29 receptions on the season; their next closest player is Singletary, with 23 targets (11 coming in Miami) and 18 receptions (9 coming in Miami). Davis missed one game, but he is third on the team with 20 targets and 11 receptions. Buffalo could use another dynamic threat in the passing game. Cook was drafted to be that player.

Buffalo will not become a more efficient offense by running the ball more this season; no elite passing offense ever will become more efficient by doing so. However, having a legitimate threat to challenge linebackers and safeties in the passing game out of the backfield would take some of the load off of Allen. Singletary and Zack Moss are not those players. Even the Bills know that; they telegraphed it to everyone paying attention by targeting McKissic, an archetypal sub back, and telling us this was their ideal role for Cook. Now, it’s time to let him play it.