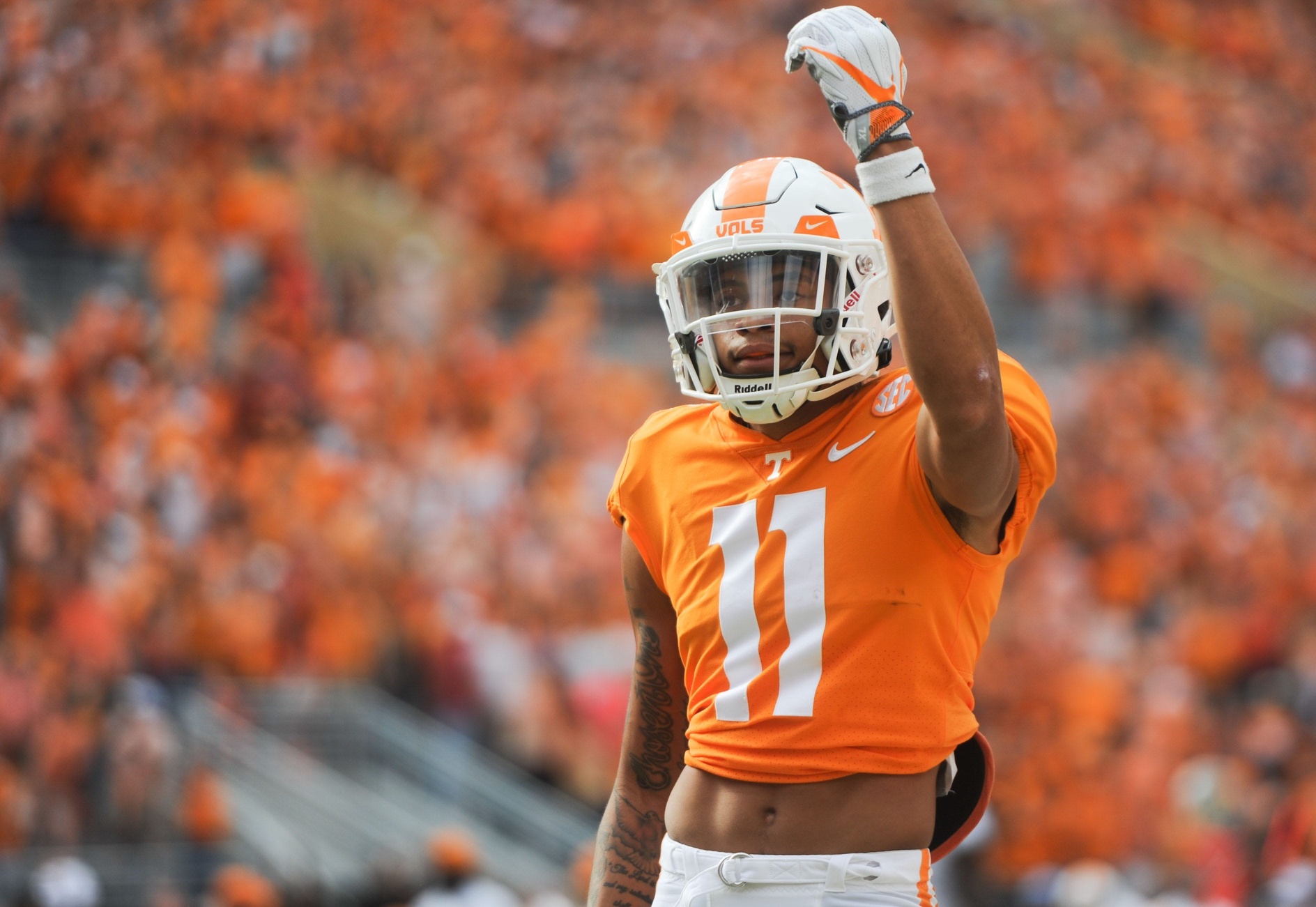 Does Jalin Hyatt Have Your Attention Now?

You want to talk about a player taking advantage of an opportunity? Folks, allow me to introduce you to Tennessee Volunteers wideout Jalin Hyatt.

A 6-foot, 180-pound junior whose video-game-like performance single-handedly shouldered the aerial attack for the Volunteers last week, diving into his skill set has showcased a player that checks boxes as a guy to watch moving into the meat of the evaluation process. While Tennessee is headlined by wide receivers Cedric Tillman and Bru McCoy, it’s been Hyatt who has stepped up in Tillman’s absence the last few weeks.

Turning heads and making headlines.@jalinhyatt has been added to the @biletnikoffawrd watchlist which recognizes college football's most outstanding receiver.

A midseason All-American that has totaled nine touchdowns out of the slot this fall (most in CFB) while he won’t blow anyone away with his route-running, top-end burst, or elite play-making ability, his knack for hauling in passes via his large catch radius and elongated strides allow him to eat up grass after hauling in passes in ways that can’t be taught. While quarterback Hendon Hooker has enjoyed a Heisman-like campaign so far in 2022, Hyatt’s improvement has further expanded head coach Josh Heupel’s playbook. With Tillman on the shelf, it’s been a next-man-up mentality within a Volunteers receivers room that touts a legit four-deep option for Hooker to target. But over the last three weeks, it’s been Hyatt who has shouldered the WR1 target share.

This view of @jalinhyatt is cold 🥶🎥

Four catches for 63 yards and a pair of touchdowns against LSU set the stage for last Saturday. One of the most important ballgames in Tennessee’s program history, Hyatt’s six-catch, 207-yard, FIVE-touchdown (!) performance against Nick Saban’s Alabama Crimson Tide not only raised eyebrows in the SEC but across the country and within NFL scouting departments. While the Crimson Tide defense has been the gold standard in college football for decades—and one in 2022 that touts a deep laundry list of NFL talent—there wasn’t a single corner donning Alabama-labeled threads that could hold his lunch. And even though we wouldn’t label a six-catch performance as a ‘showstopping’ outing or one that draws national headlines, in a matchup of top two top-10 programs, Hyatt used the spotlight to announce himself to the masses.

His day was remarkable, really. And the ways in which Heupel used No. 11 offered a glimpse into his prospect profile, one that touts alignment versatility. Hyatt was dominant when asked to stretch the roof of the defense on the perimeter, accelerate toward open space on crossing routes, and when asked to leak out into the flat in the backfield, he showcased he could do that too on what was a massive third-down conversion that went for six.

A program with its highest AP in-season ranking since 2005, the Volunteers are firing on all cylinders. While it’s been the dual-threat talent in Hooker who has holstered a majority of the spotlight thus far, Jalin Hyatt has become one of the country’s elite slot weapons for a team on a collision course with top-ranked Georgia in a few weeks. 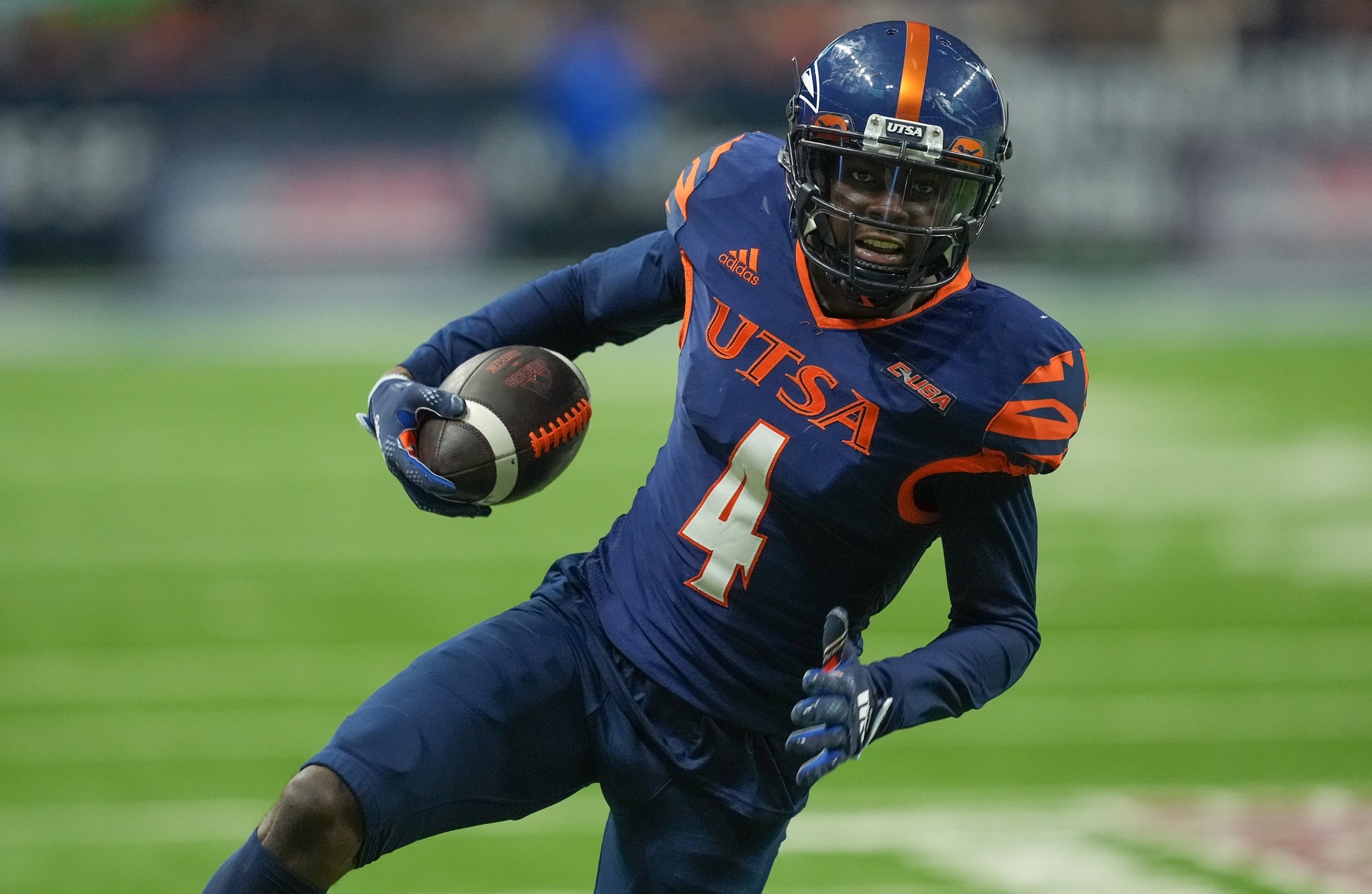 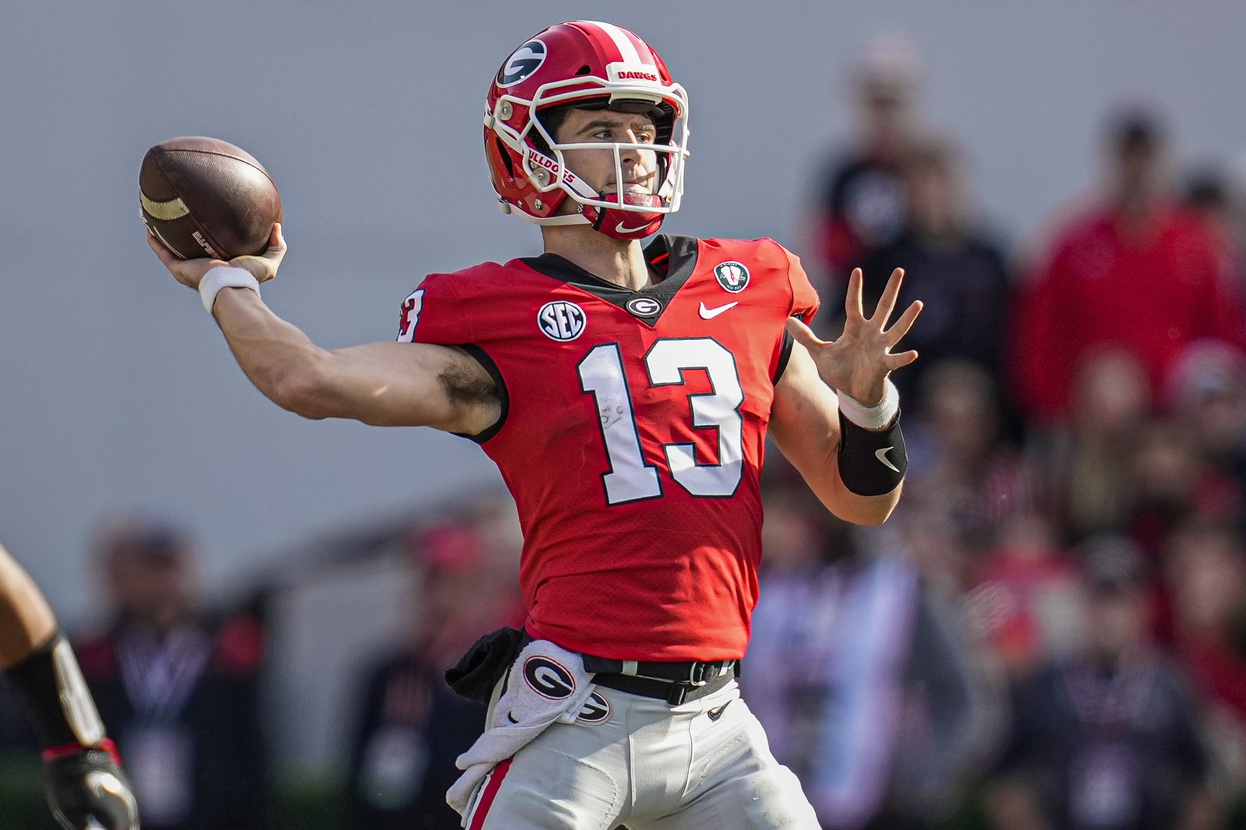