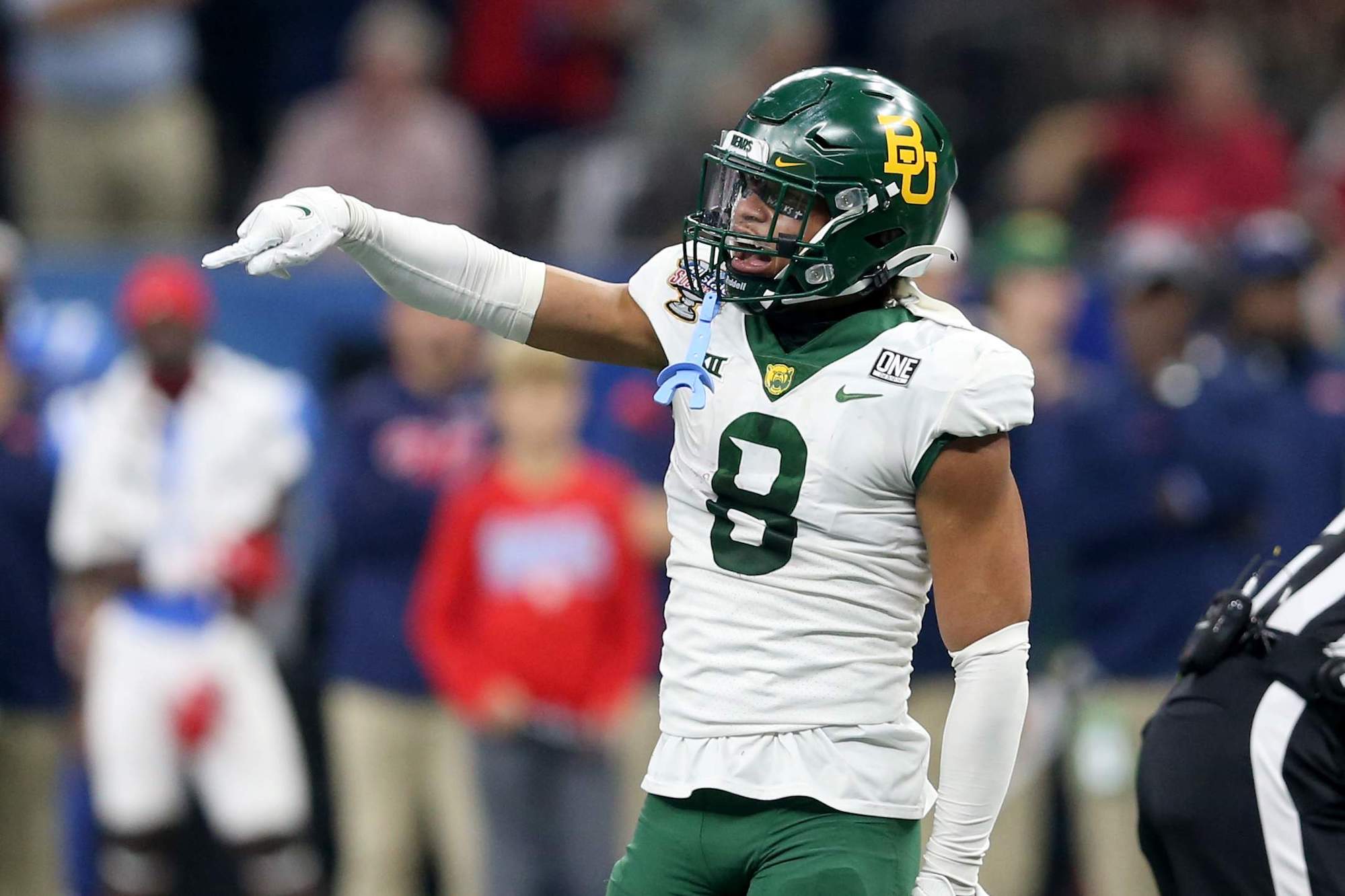 For most participants, the Senior Bowl serves as a platform for them to showcase their skills in front of hundreds of NFL personnel and media members. This platform allows for prospects to answer questions that many people may still have about their athletic abilities after four years of college. This year was no different. We had a highly anticipated battle for QB1, edge rushers that emerged as first-round draft picks, and offensive linemen that solidified their high draft rankings.  At the defensive back position, there was much to be desired, but there was one guy who played at a high level and helped elevate his draft stock tremendously and that player is Baylor safety Jalen Pitre. Pitre entered the Senior Bowl as a highly decorated AP First Team All-American that was recognized as one of college football’s best defensive back prospects. But despite all of that recognition, there were still questions about his versatility as a safety. At Baylor, Pitre played most of his snaps lined up close to the line of scrimmage at the outside linebacker position. In this alignment, Pitre rarely had to cover receivers in the deep portions of the field in man-to-man situations. So quite naturally, scouts and personnel had questions on if he was capable of doing so in the NFL. At the Senior Bowl, Pitre answered these questions with a resounding yes. The structure of the Senior Bowl practices required the defensive backs to cover receivers and tight ends in one-on-one situations, and Pitre was able to do this consistently at a high level. Pitre showed the quickness and suddenness to cover receivers who were attempting to run short-to-intermediate routes. He also showed to have enough speed to run down the field with receivers in the deeper portions of the field. This performance was exactly what Pitre needed to show to complete his evaluation as a safety prospect. Coming into the Senior Bowl, I personally had Pitre as a fringe top-100 player, but due to his performance and ability to show that he can not only play as a box safety but can play man, he has elevated in my eyes a fringe top-50 player with plenty of opportunity to continue to elevate his draft stock with strong performances at the NFL Scouting Combine and his pro day. Pitre also has the benefit of playing a position that is in high demand with low supply. With how NFL offenses are structured to throw the ball upward of 40 times per game, the need for versatile defenders is at an all-time high in the NFL. The NFL has a demand for safeties with Pitre's skill set but there just simply aren’t many safety prospects that fit the bill. This scarce skill set should also help boost Pitre’s draft position in this upcoming draft. We all heard about Senior Bowl standouts like Florida State defensive end Jermaine Johnson and Boston College interior offensive lineman Zion Johnson, but I believe that for the amount of value that Pitre was able to add to his draft stock, the former Bear should be mentioned right along with these guys. For teams that are looking for a versatile safety prospect that can play on all levels of the field, Pitre has shown that he can be that guy and should be of good value to a team that takes him somewhere on day two.