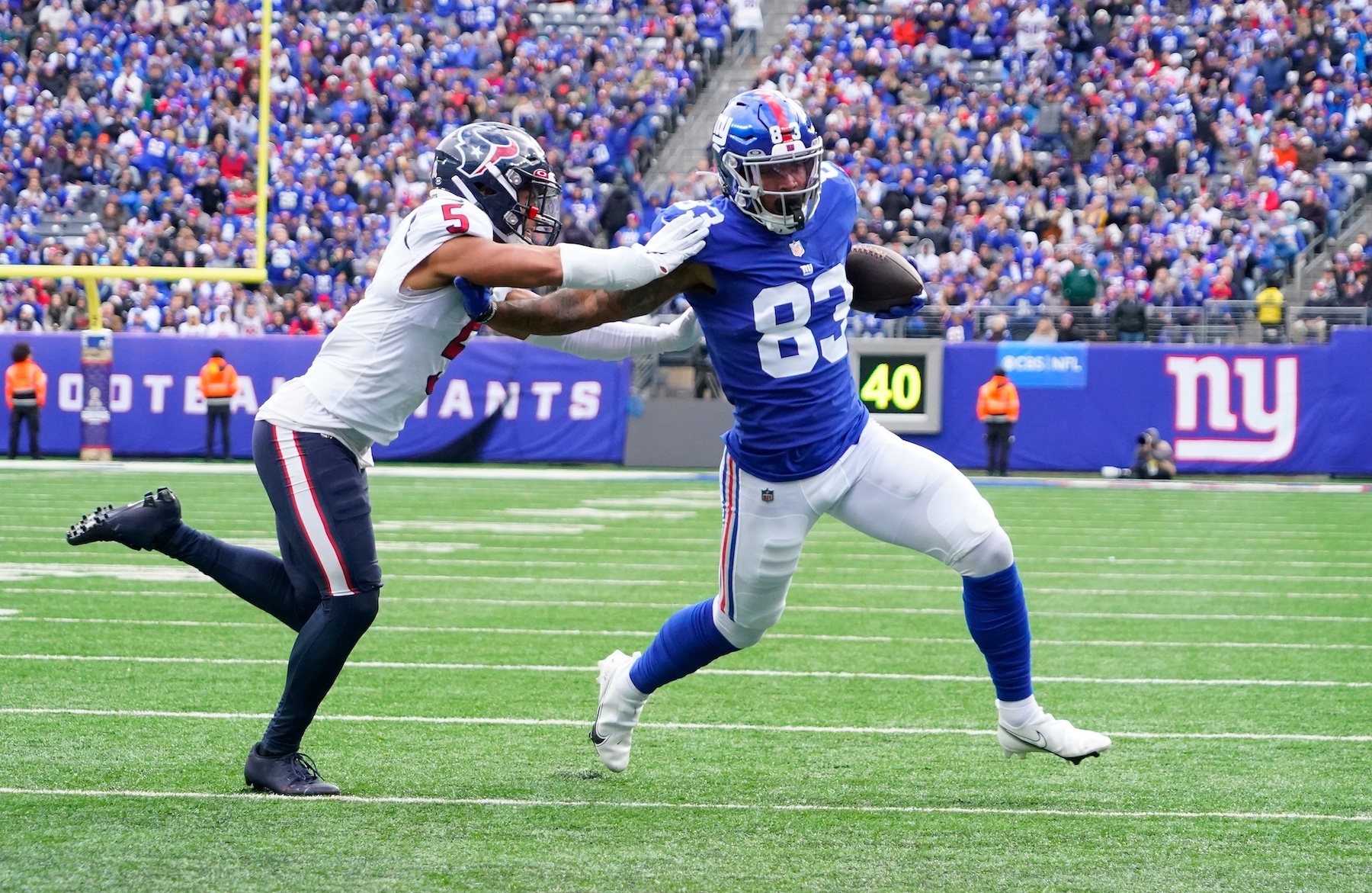 For many of the league’s youngest defenders, it takes a long while to master the little things: Identifying unique offensive structure, communicating at all three levels, tackling in the open field, etc. For Houston Texans rookie safety Jalen Pitre, his lumps have come during isolation this fall—the worst possible spotlight to have on a defender’s game.

A starter on the backend in each of Houston’s first nine games, the 37th overall pick back in April has surely enjoyed his flashes this fall, but Sunday’s loss to the New York Giants highlighted the intricate, small improvements he must make if he ever looks to reach his performance ceiling as one of the most talented roof defenders from the 2022 rookie class.

A talent that entered the day with 19 missed tackles—the most in football—this missed opportunity against New York on Sunday has happened far too often for the first-year man out of Baylor. The issues have been about controlling speed and breaking down in open space. While his pursuit ability was lauded in the pre-draft process, being a bull in a china shop doesn’t get it done against NFL athletes in open-field scenarios. Tackling is technical, and while oftentimes we focus on the sexy intangibles that athletes provide as chess pieces on defense, the finer details of a player’s games are the ones that go overlooked, and in this case, have become an issue early in a career.

What’s been frustrating for head coach and de facto defensive coordinator Lovie Smith is the position that Pitre puts himself in every week—he’s in spots to make plays but often ‘olés’ ball carriers. He’s active, physical, and a guy that provides energy on the backend of a youth–infused Texans secondary, but bringing down offensive players in space is a must in one-on-one opportunities.

In coverage, he’s been excellent, allowing just 174 yards on 278 coverage snaps entering the game against the Giants. It was the least amount of yards allowed by a rookie that has played a minimum of 200 snaps in coverage. While his ability in space wasn’t a box that he boldly checked out of college, he’s blossomed when asked to drop his hips and play in open areas. What’s also been impressive is combining that with the limited push Houston has had up front, making it more challenging for the back end to cover for longer periods of time. For Pitre, although he isn’t aligning on the perimeter in man against opposing teams’ WR1s and WR2s, he’s playing centerfield, where at any moment in time he has to be able to provide reinforcements over large areas of turf.

Moving forward, it’s about fine-tuning the small things. While there are zero concerns about the player that Jalen Pitre is and who he will become down the line, pumping the brakes in space and mastering angles will only allow him to evolve into one of the league’s more explosive third-level defenders.