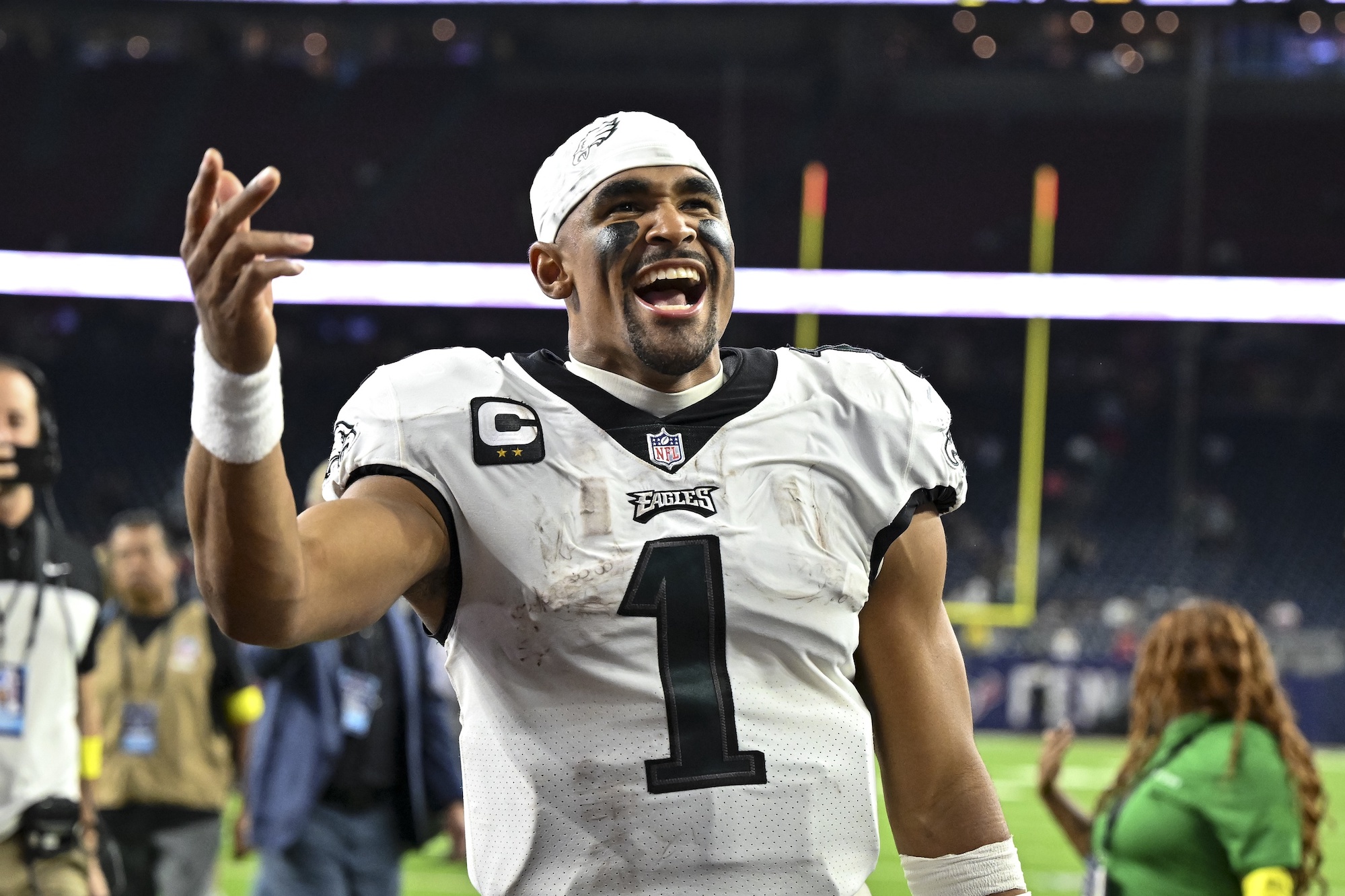 How Important Is It For Jalen Hurts To Start Week 18?

Philadelphia Eagles starting quarterback Jalen Hurts took first-team practice reps during Thursday’s walkthrough. It places Hurts on track to return for Philadelphia’s crucial Week 18 matchup with the New York Giants. Hurts may not be at 100%, but his participation is crucial to Sunday’s outcome.

The 13-3 Eagles haven’t clinched the NFC’s No. 1 seed, home-field advantage, and a first-round postseason bye. The 12-4 Dallas Cowboys could claim the NFC East division title with a victory over the Washington Commanders, coupled with an Eagles defeat to the Giants. Such an outcome would relegate the Eagles to the NFC’s No. 5 seed as opposed to topping the conference. The potential permutations add a layer of importance to Hurts’ availability.

Earning the fifth seed would force the Eagles to compete against the Tampa Bay Buccaneers at Raymond James Stadium in the wild-card round. The Buccaneers haven’t been playing quality football, but a road playoff contest against Tom Brady would preferably be avoided. Brady has begun rounding into postseason form and would threaten the Eagles’ Lombardi-related aspirations.

At the risk of stating the obvious, the Eagles would prefer a first-round bye as opposed to squaring off with Brady in Tampa. Had the Eagles already clinched the NFC East division title, Hurts wouldn’t feature against the Giants. The Eagles must approach Hurts’ injured shoulder with caution ahead of the postseason, but all reports indicate Hurts looked healthy throughout Thursday’s scrimmage.

Hurts last appeared for the Eagles in Philadelphia’s Week 15 victory over the Chicago Bears. The No. 53 overall selection in the 2020 NFL Draft, Hurts suffered a shoulder s/c joint separation in his throwing shoulder when Bears defensive end Trevis Gipson tackled him.

Gardner Minshew would start should Hurts be inactive. Minshew was ineffective in Sunday’s disappointing 20-10 Week 17 loss to the New Orleans Saints. Minshew completed 18-of-32 passing attempts for 274 yards, one touchdown, and one interception. It marked Minshew’s second consecutive start following a thrilling Week 16 defeat to the Cowboys. The Giants would become instant favorites versus Minshew’s Eagles.

The Eagles’ 10 points scored against the Saints was a season-low output, and 18.4 points less than their weekly scoring average (18.4/game). It’s no coincidence that Minshew, not Hurts, was at the helm of Philadelphia’s lackluster offensive performance. The Eagles completed just 3-of-12 third-down attempts and failed to convert a fourth-down opportunity (0-for-2). The Eagles netted 313 total yards of offense. It was approximately 79 fewer yards than Philadelphia’s season-long weekly average (392/game).

Minshew was sacked on six occasions by the Saints’ defense. His inability to scramble and escape pressure limited Philadelphia’s offense. Hurts’ off-script ability was greatly missed, as was his upside as a rusher. Hurts’ absence changes the playbook and offensive coordinator Shane Steichen’s ability to call certain plays.