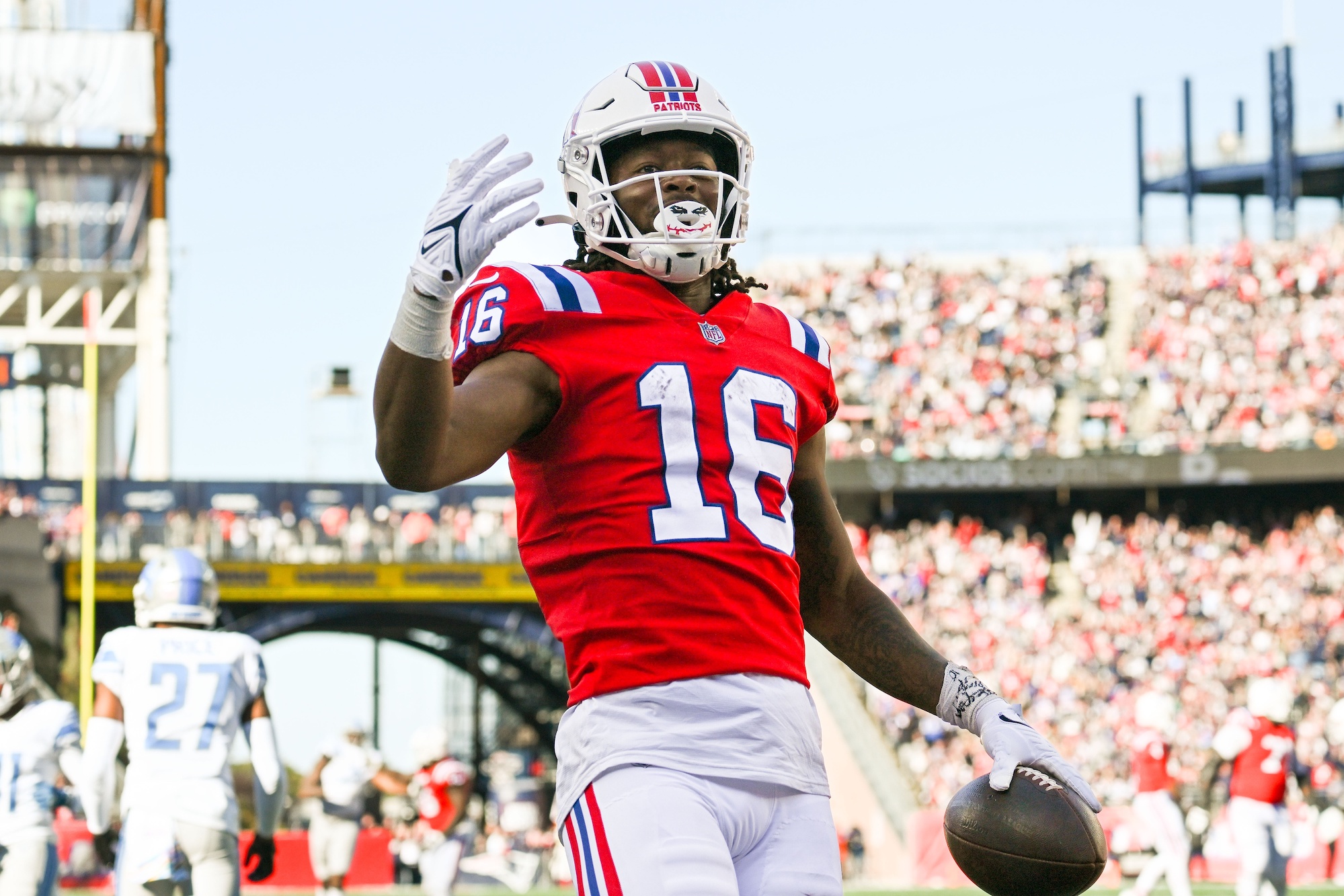 How Much Should Patriots Pay Jakobi Meyers?

Ever since arriving in Foxboro as an undrafted free agent in 2019, wide receiver Jakobi Meyers has faced competition from pass-catchers brought in to start ahead of him, replace him, and complement him. At every step, Meyers has risen to the challenge and outshined his peers. Now, with Meyers’ contract expiring at the end of the season, the Patriots must invest in him as a core piece of their offense moving forward.

In 2019, Meyers came into the NFL (and the Patriots) with fellow rookie N’Keal Harry. The Patriots had more invested in Harry’s success, due to his status as a first-round pick. It didn’t matter. By the middle of their second seasons, Meyers had earned a full-time role over Harry in New England’s offense. After barely playing the first six weeks of the season, Meyers led the team (bereft of offensive weapons outside of him) with 59 receptions for 729 yards.

In 2021, New England spent a record-breaking amount of money in free agency. Included in their binge were wide receivers Nelson Agholor and Kendrick Bourne, and tight ends Hunter Henry and Jonnu Smith.​​ These players signed contracts that amounted to a combined $41 million in average annual salary. They were expected to play the most prominent roles in New England’s offense, effectively replacing Meyers. However, once again, Meyers emerged, again leading the team with 83 receptions for 866 yards.

In 2022, New England again decided to invest in their wide receiver position, sending a third-round pick to the Dolphins in exchange for DeVante Parker and a fifth-round selection. They also drafted Tyquan Thornton in the second round. Any guesses on how the story goes? Meyers has emerged, again leading the team in receptions (40) and yards (457) at the midway point of the season. He has done so despite being the second lowest-paid player in a receiving core that has the most money invested at the wide receiver and tight end positions in the NFL.

Meyers’ production with higher pedigree names looming over him on the building has shown his mettle. It should also have shown the Patriots his value to their team. The Patriots should want to extend Meyers as soon as possible, but it does not make rational sense for him to extend with the team before hitting the free-agent market. A strong case can be made that outside of (and maybe including?) JuJu Smith-Schuster, Meyers is the best available free-agent wide receiver this offseason. Meyers should want to, and probably will hit the open market.

To get a handle on Meyers’ asking price, we should look no further than at the players New England has brought in over the past two years, and at the dry market for receivers in this free agency. Meyers has outperformed Henry and Smith, both of whom signed deals at $12.5 million in average annual value in a down 2021 (post-COVID) market. But those players are tight ends; an example more relevant to Meyers is Nelson Agholor. Agholor signed a two-year, $22 million dollar contract with $16 million in total guarantees in 2021. Meyers has dwarfed Agholor’s production in the same offense. Meyers’ asking price should start at Agholor’s $11 million in average annual value, and likely more given salary cap inflation. With Meyers hitting the open market and his status as a top-two free agent wide receiver in his class, it would not be a surprise to see him approach a deal somewhere along the lines of fellow slot receiver Hunter Renfrow’s $16 million in average annual value.

It did not have to come to this for the Patriots. The team likely could have had him for cheaper had they extended him before the season, instead of letting him play out the year on his restricted free-agent tender. A Renfrow-like deal for Meyers is undoubtedly steep. It would place him among the 25 highest-paid receivers in the NFL. However, the Patriots have few better options at this point than to pay him. He has become the focal point of their passing game, far and away the most trusted target for Mac Jones. Not retaining him would likely set back Jones’ development curve. At this point, the Patriots should be trying to add an “alpha” playmaker to Meyers, similar to what the Raiders did in adding Davante Adams to Renfrow.

The price may be steep, but the Patriots will have the means to reward Meyers. They project to have the third most cap space in the NFL next offseason, according to OverTheCap. This is a figure to which they can add with some obvious roster cuts (particularly at wide receiver… if they bring back Meyers).

Meyers has proven himself worthy of financial investment from the Patriots. The same cannot be said about their external additions of the past couple of years. Not rewarding him sends the wrong message to the locker room. It also leaves a gaping hole at arguably the most important position in the Patriots’ offense outside of quarterback, the slot receiver. A team with a history of whiffing on receivers finally unearthed a gem. Now, it’s time to pay him.