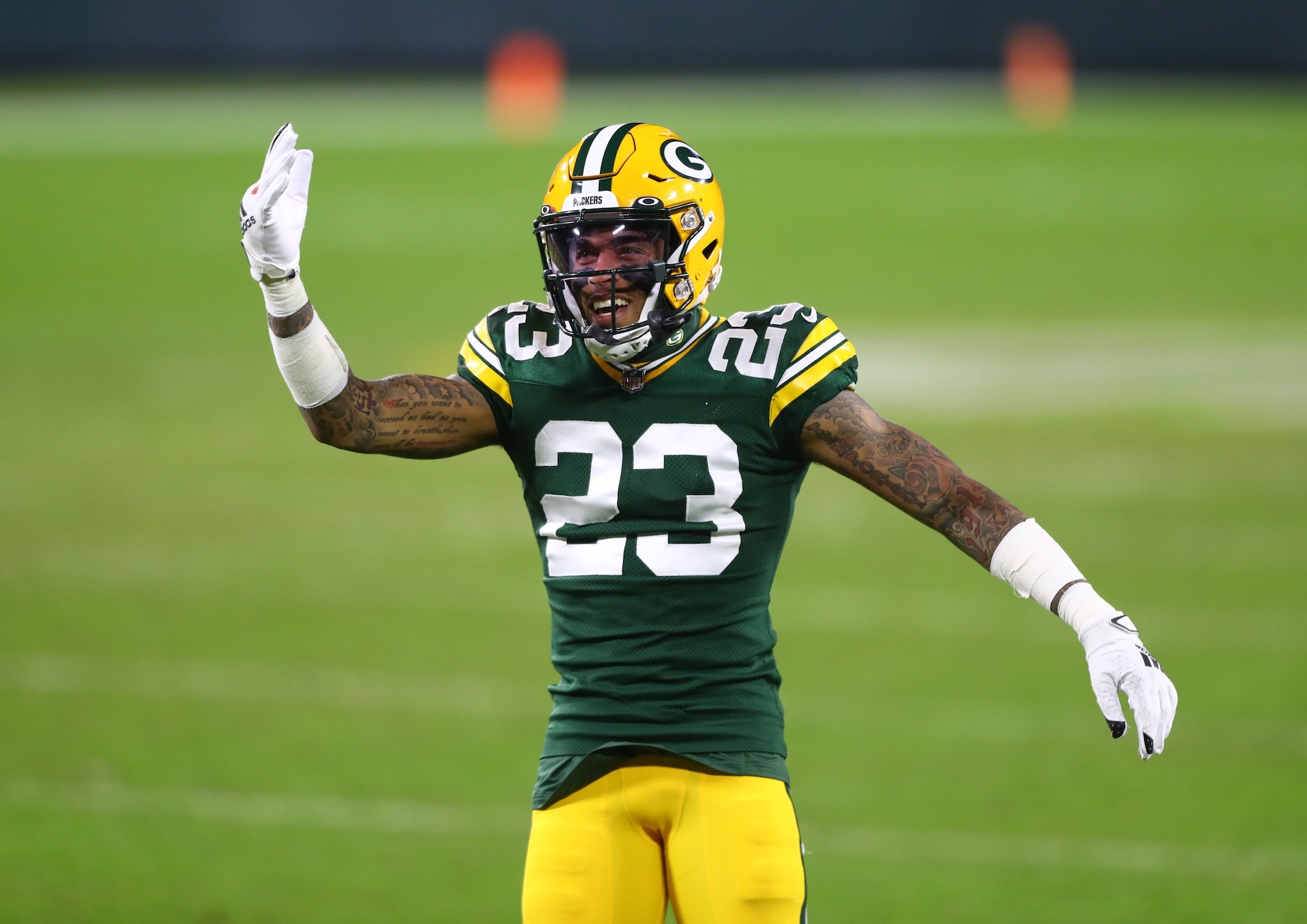 According to multiple reports, the Green Bay Packers have reached an agreement on a massive contract extension with elite cornerback Jaire Alexander. Packers General Manager Brian Gutekunst is giving Alexander a four-year extension worth $84 million. The deal includes a healthy $31 million in 2022 and a historic $30 million signing bonus. Alexander will receive a total of $42.5 million by March of next year. The deal averages $21 million on a per annual basis, which makes Alexander the highest-paid cornerback in the league, topping the deal Denzel Ward signed with the Cleveland Browns last month that was worth $20.1 million per season. It’s a terrific deal for a player that’s undeniably worth every penny.

It represents a crucial agreement with a superstar defender that was scheduled to enter the final season of his initial five-year rookie contract in 2022. The Packers had previously exercised Alexander’s fifth-year option. Alexander’s base salary for the upcoming campaign was set to pay him a fully guaranteed $13.294 million, with the entirety of that figure counting toward the salary cap. Alexander’s shiny new extension has allowed the Packers to get creative, however. Alexander’s signing bonus was prorated, effectively lowering his 2022 base salary to just $1.076 million. It’s of significance for the cash-strapped Packers and qualifies as a win-win agreement for both Alexander and the Packers franchise.

The Packers create additional financial relief and Alexander lands the lucrative long-term security he and his representation were searching for. Everybody’s happy. Several superstars have been traded this offseason due to the lack of a long-term agreement that benefits both parties, including A.J. Brown, Tyreek Hill, and Alexander’s former teammate, Davante Adams. It added extra intrigue to Alexander’s contract situation and placed a new level of importance on finalizing an extension. The Packers can breathe a sigh of relief.

It also signals Green Bay’s unwavering commitment to Alexander, who only appeared in four regular-season contests in 2021. Alexander suffered a potentially season-ending shoulder injury in a Week 4 victory over the Pittsburgh Steelers. The Packers’ medical staff repaired Alexander’s shoulder via surgery and the former Second-team All-Pro cornerback returned to the field for Green Bay’s disappointing divisional round postseason defeat to the San Francisco 49ers. A return to form and health by Alexander would provide the Packers with a sizable defensive boost ahead of the 2022 campaign.

Alexander is a quick-twitched instinctive cornerback with the high-level ability to anticipate routes, and the quickness necessary to close on throws and make plays on the ball (Alexander recorded the fourth-most pass breakups, 42, from 2018-2020). It’s a skill set that should especially thrive in defensive coordinator Joe Barry’s defense, which played more variables of a Cover 3 zone defense with a single-high safety than anything else in 2021. Alexander’s injury unfortunately limited his appearances in Barry’s first-year defense, but his advanced ball skills and overall football I.Q. make him an excellent fit for Barry’s preferred coverage scheme.

The No. 18 overall selection in the 2018 NFL Draft, Alexander immediately became a staple in Green Bay’s secondary as a rookie, having recorded 63 total tackles, 11 pass breakups, and one interception as a first-year player. Alexander successfully carried that momentum into his second and third professional seasons, which combined for 109 tackles, 30 pass breakups, and three interceptions.

Gutekunst continues to pour capital into the back end of Green Bay’s defense. Just three years after drafting Alexander in the first round, the Packers used their 2021 first-round selection on former Georgia cornerback Eric Stokes. Gutekunst re-signed cornerback Rasul Douglas to a three-year extension worth $21 million earlier this offseason. Alexander’s extension is yet another investment into a talented secondary that can match any opposing pass-catching corps in the league. The wide receiver market has exploded this offseason, forcing NFL defenses to counteract the plethora of pass-catching talent available across the league with deeper secondaries. Green Bay’s recent transactions at the cornerback position reflect this shift in roster-building.

The Packers remain in win-now mode as long as Aaron Rodgers, who signed a historic four-year contract extension of his own earlier this offseason, remains under center. Gutekunst and head coach Matt LaFleur understand the task at hand. Ensuring that Alexander remains a Packer for the foreseeable future confirms the continuation of a true superstar lockdown cornerback on the boundary of Green Bay’s impressive, Super-Bowl-ready defense.