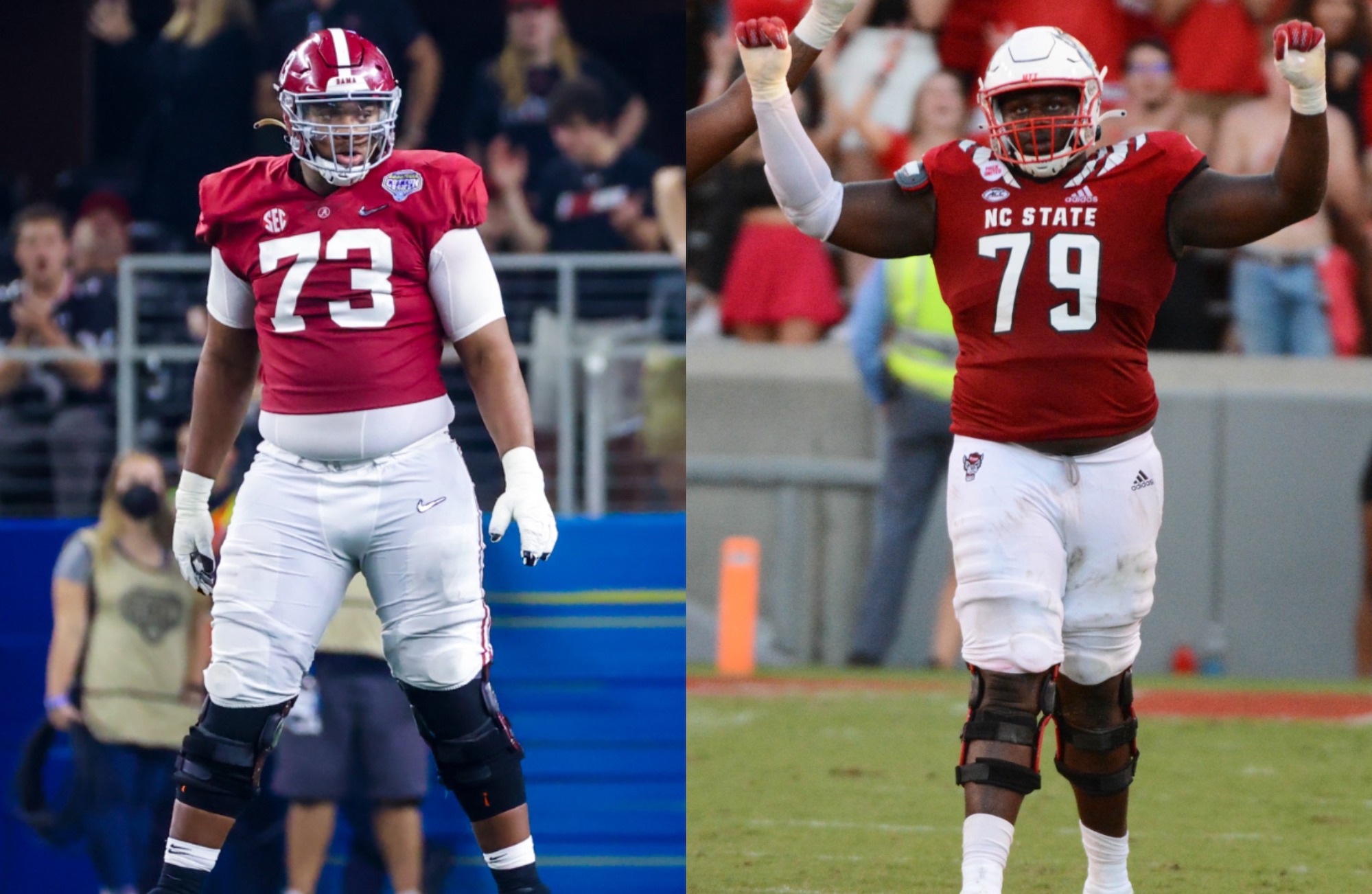 Who Should Jaguars Take No. 1: Evan Neal, Ikem Ekwonu or Charles Cross?

For Jaguars faithful, you’re probably suffering from a little bit of deja vu. After another substandard season littered with turmoil, Jacksonville has found itself atop the draft for the second straight season and in position to control its immediate destiny; whether they stay put at No. 1 or move back to bolster assets. In this scenario, however, we’ll weigh their options of who could become the Jaguars’ belle of the ball if they stay put. While the roster is in desperate need of fresh legs at a multitude of positions, if newly-minted head coach Doug Pederson looks to blossom franchise quarterback Trevor Lawrence into the game-changing talent everyone expects him to be, he’ll need to start by adding an elite blindside protectant that could anchor his line for the next decade-plus. With three tackles fighting for the label of OT1 as we creep toward April, here’s a case for Evan Neal (Alabama), Ikem Ekwonu (N.C. State), and Charles Cross (Mississippi State) to hear their name come first off the board.

A smooth mover in the run game, Neal’s move from right to left tackle for the Crimson Tide this fall came with a seamless transition. While that versatility is nice, he is a LT in the NFL and won’t have any swing duties to fill in his future. While improvement is needed in IDing blitzers and stunts up front, and in his lateral mobility at the second level, Neal has arguably the safest floor of any prospect in the class. With years of work under the tutelage of Nick Saban, for Jaguars executives tasked with turning in the draft card in April, prospects with time in Tuscaloosa within their resume usually get a boost to the top—Neal is no different. While the aforementioned talents in Ekwonu and Cross each tout elite traits in certain areas that Neal lacks, the former 5-star prep recruit is the most refined tackle in the class.

If you were to plug Ekwonu into the offensive lines of the 1980s, not a single soul would bat an eye due to his physicality and drive to staple defenders to the dirt. Arguably the most physically dominant player in the entire class, if Pederson eyes an immediate culture changer along the front five, you won’t get much better than Ekwonu. While his athletic profile allows him to fluidly rid of bodies in the run game, his stout anchor and steel hands make it a tall task in working around him in the passing game. A riser on league-wide draft boards the last few weeks, don’t be surprised if Ekwonu is the first to hear his name called under the bright lights of Las Vegas.

The most athletically gifted tackle in the class, Cross is smooth as silk and his game flashes most as a pass protector; a perfect fit in Jacksonville who will look to sling the ball around with Lawrence under center. While he’s a plenty suitable run blocker, the Jaguars didn’t take the former Clemson standout to hand the ball off 30 times a game and will look to familiarize Lawrence with the weapons around him via their aerial attack. With 11 other picks after the top overall selection, taking Cross at 1.1 may seem like a reach, but if Pederson eyes a talent whose best football is down the road while his immediate skill set could see him progress into a top-10 tackle, don’t be too surprised if the former Bulldog in Cross is the pick… we’ve seen the Jaguars surprise before.