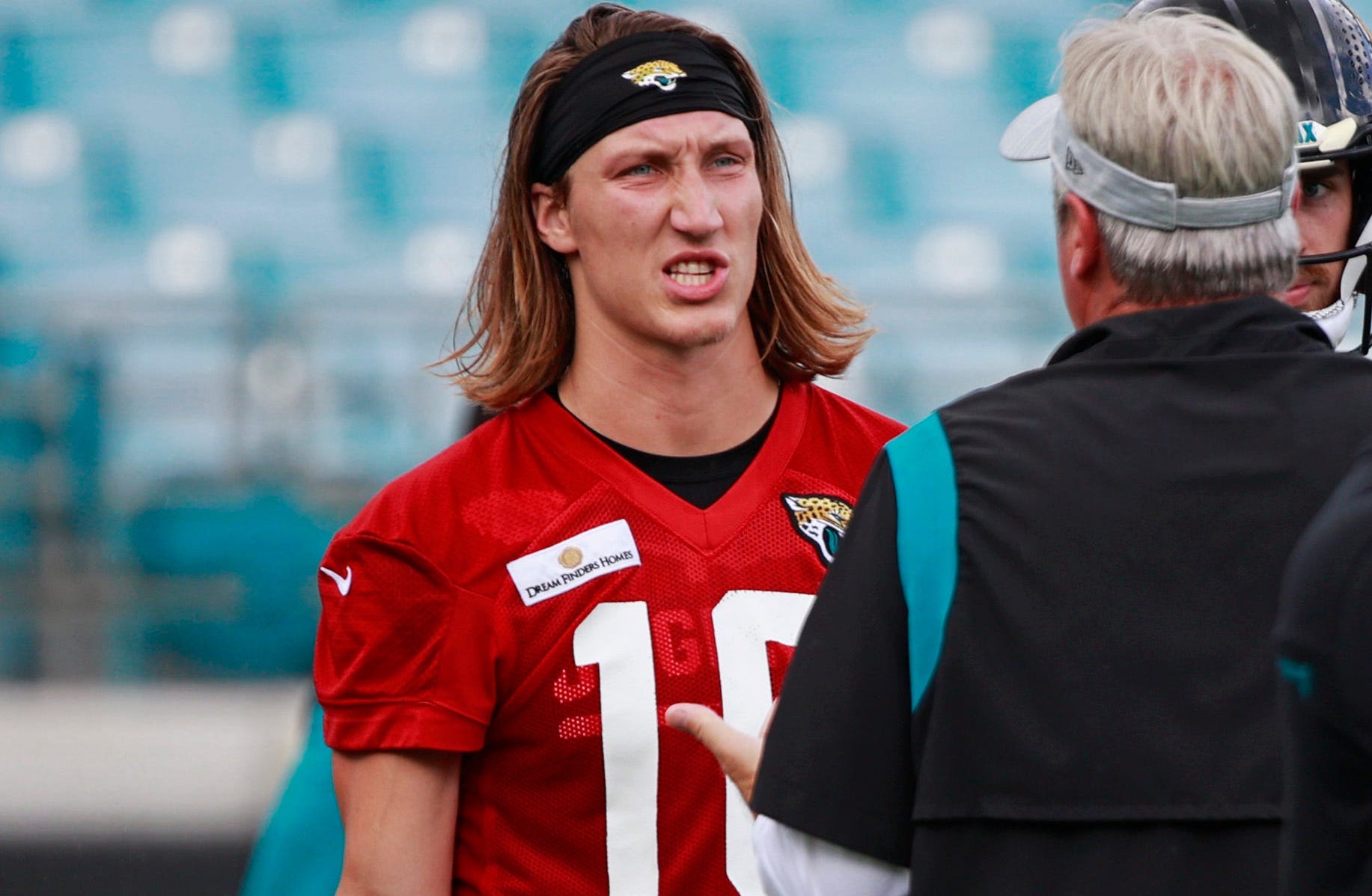 With just one playoff appearance since 2007, the Jacksonville Jaguars have long been looked upon as a franchise where careers go to die. The little brothers of their fellow Florida franchises in the Tampa Bay Buccaneers and Miami Dolphins, the Jaguars have been kicked under the rug, disregarded, and shrugged off for quite some time.

While the success of Mark Brunell at the onset of the Jaguars’ franchise seems like a lifetime ago in the late 1990s, a flag of optimism has been raised looking toward this fall and the seasons to follow under Doug Pederson and 2021 No. 1 overall pick Trevor Lawrence.

While Jacksonville still finds itself paddling upstream following the firing of the troublesome Urban Meyer, the holes in their oars have begun to close. Following a 3-14 campaign last year headlined by the circus of ongoing off-field drama and, not coincidentally, limited on-field success, the hiring of Pederson to pair with Lawrence has provided a reason for excitement for a Jacksonville roster with tons of youth-infused talent on either side of the ball. Jaguars General Manager Trent Baalke has received more than his fair share of backlash in the last few campaigns, but he’s done nothing but holster that criticism while adding an enticing amount of fresh legs around Lawrence via the draft and free agency.

Baalke wasn’t shy in opening his pockets for Christian Kirk, Zay Jones, and Evan Engram this spring, and also backed up the Brinks truck for Brandon Scherff—all additions that will surely hold major weight to the overall progression of Lawrence this fall. Add in the athletes Baalke took via the draft—specifically within the defensive front seven—and the amount of talent on paper Jacksonville has is worth noting with expectations aplenty for each player.

While earning the top draft slot for the second year in a row often showcases a lack of improvement, the addition of Travon Walker within a fast, aggressive, and physical front four could see the Jaguars flourish sooner rather than later in the trenches. A true do-it-all talent that has experience playing up and down the defensive line, it won’t take long for the former Georgia standout to establish himself as one of the young alpha defenders in all of football. And pairing him with Josh Allen, K’Lavon Chaisson, and Dawuane Smoot—one of the more underrated defensive tackles in football—should allow him to work into a healthy amount of one-on-one reps.

A step back to the second level is where things really begin to pop with new additions Devin Lloyd, Chad Muma, and free-agent signee Foye Oluokun. A predator of the football, Lloyd’s film at Utah was a form of art. A downhill thumper with the range to cover tight ends and ball carriers, he’s yet to scratch the surface on the type of defender he can truly become as a ball of clay alongside similarly-athletic defenders. Lloyd is an instinctual prospect whose processing ability ranked among the top linebackers available this spring. Reading an NFL offense is a whole different ball game, but in due time, I expect Lloyd to become an anchor within a Jaguars defense in need of such with the departure of Myles Jack.

Then there’s Muma. If you like a throwback brand of football, Muma is your guy. A small-school prospect out of Wyoming, he thrived as the lone NFL talent that the Cowboys produced this fall and often took it upon himself to do everything—and more—for the Wyoming defense. A versatile, modern-day defender, if he earns the snaps I believe he will, I expect him to challenge Oluokun for the lead in tackles among all Jacksonville defenders this season and potentially challenge Lloyd for green-dot duties moving into future campaigns.

However, you can have as much raw talent as you want, but as we’ve seen many times before, talent can quickly go to waste if you don’t know how to coach it.

With Pederson in charge, it should remain only a matter of time before his young horses are let out of the stable. Pederson is a proven leader, a proven winner, and a proven mentor. While Meyer used his tenure as a quick way to bolster his wallet and invite chaos into a franchise, Pederson will provide a shoulder to lean on and a voice to rally around for Lawrence—a beautiful change of pace from the “all eyes on me” brigade led by Meyer. He and Lawrence could be the match made in heaven that owner Shad Khan initially hoped Meyer would be.

A known quarterback whisperer of sorts whose relationship with Carson Wentz in Philadelphia resulted in boatloads of success for the former No. 2 overall pick, Pederson could accelerate a rebuild five years after an AFC title game appearance in 2017. Although the Jaguars’ organizational structure has come under fire even before the hiring of Meyer (and will continue to until the Jaguars begin to consistently win football games), Pederson is the type of individual to lead a 53-man roster, placing his teams in the best position to win week in and week out.

For 2022, while no one will champ at the bit to place Jacksonville atop the AFC South or in the AFC wild-card picture, remaining competitive all season long with a foundational core to be excited about should be enough to satisfy Jaguars faithful near and far, including a success-hungry ownership group. There are reasons to remain excited moving into future seasons, and with Pederson now in charge, I don’t expect it to be long before Jacksonville begins to challenge for a division crown.