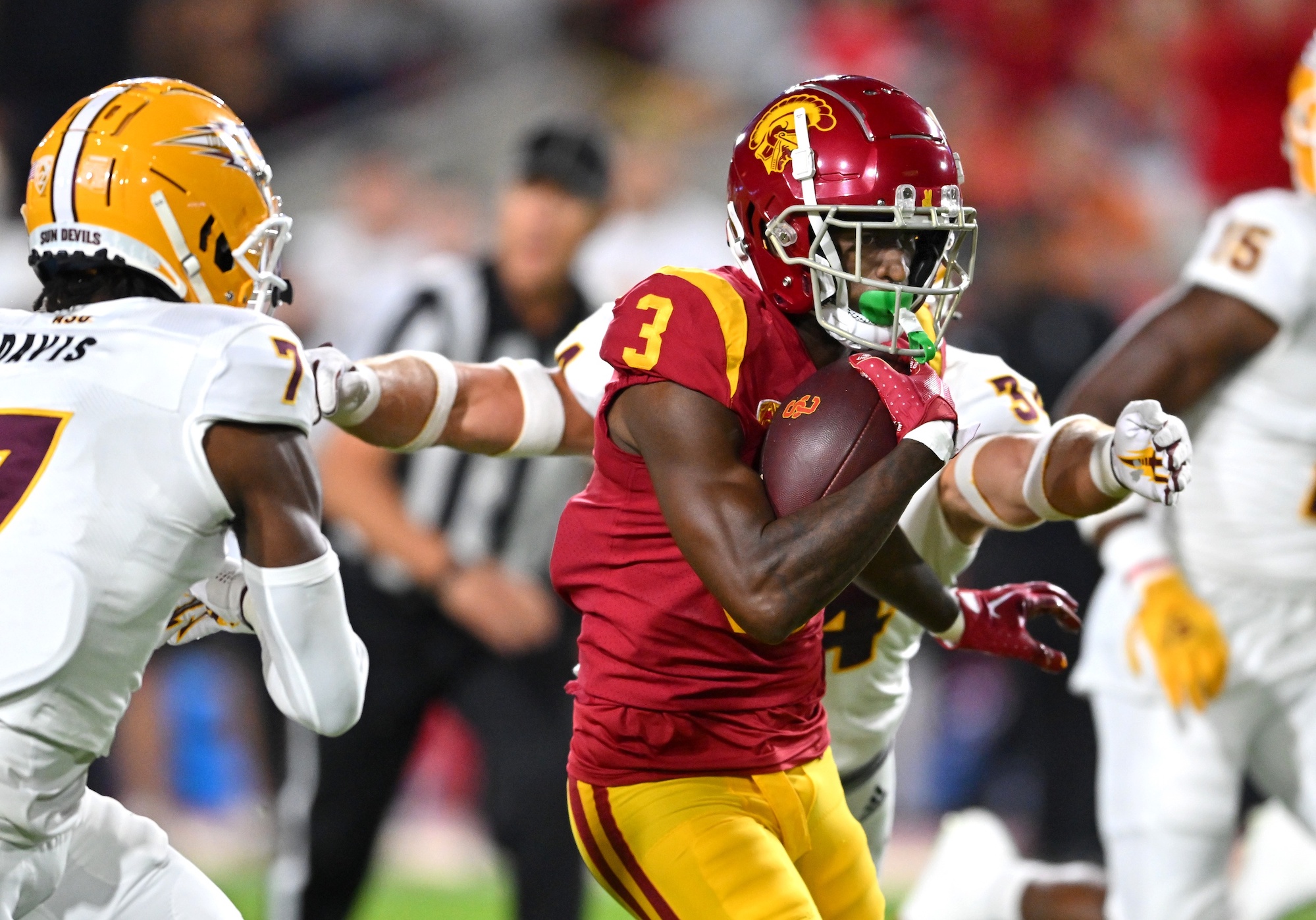 There’s no question that the Jacksonville Jaguars’ current group of pass-catchers is better than it was last year after some offseason moves to upgrade the receiving corps. Quarterback Trevor Lawrence now has receivers like Christian Kirk, Zay Jones, and tight end Evan Engram to throw to this year after last year featured Marvin Jones plus… a more underwhelming group of guys.

That doesn’t mean there isn’t still room for improvement in the group. The Jaguars lead the league with 13 dropped passes through five weeks of the 2022 season. That’s nearly three dropped passes per game, which doesn’t reflect too well on the offensive upgrades the team brought to Duval County this offseason. That’s especially true considering Kirk, the man who reset the receiving market this offseason thanks to the Jaguars’ four-year, $72 million offer, leads the team in drops with three.

Part of the blame does fall on Lawrence, who has struggled with placing the ball well in recent weeks after a couple of stellar performances against the Indianapolis Colts and Los Angeles Chargers in Weeks 2 and 3. Without good ball placement and accuracy, the receivers can’t be blamed too much for at least some of the drop issues.

Still, Jacksonville’s passing offense has been better overall, averaging nearly 240 yards in the air per game after barely breaching the 200-yard-per-game mark last year. They’ve gone from a bottom-third team in the league in passing offense in 2021 to exactly the middle of the pack so far in 2022. That is an improvement, yes, but there’s still some work to be done with Lawrence’s development and additions to be made to the group of weapons the Jaguars have placed around him.

With all of that being said, it behooves the Jaguars to turn their eyes toward making some improvements to their pass-catching unit in the offseason to come. The draft is still a ways away, but these are a few of the names the team should be ready to consider when the 2023 NFL Draft does roll around.

Addison has already pretty clearly established himself as the best wide receiver in this draft class. He’s so dynamic with the separation he creates before and after the catch. He’s consistently able to accelerate away from defenders and uses his quick-twitch ability to evade would-be tacklers and create extra yardage after the catch.

If the Jaguars want to give themselves a receiver with the ability to take over a game, Addison is their guy. If he’s still on the board whenever Jacksonville general manager Trent Baalke is picking, he won’t be able to pass on Addison.

Smith-Njigba is outstanding as a route-runner and is able to create tons of separation with good footwork and an ability to read defenses and adjust his routes accordingly. Combine that with his great hands and ball skills, and you’ve got a supremely talented receiving prospect. There’s a reason he was so productive as one of Ohio State’s top receivers last season.

What holds him back from being the best receiver in the draft class is the lack of breakaway speed that leaves him just short of where Addison is as a prospect. But a guy with the football IQ, field vision, and sure hands Smith-Njigba has brings upside as a high-volume target in the Jaguars’ offense.

Even with all of the receiving help Jacksonville gave Lawrence in the offseason, they neglected to bring in a true “X” receiver. They still don’t have that quick, big receiver who can consistently work the deepest parts of the field as a real vertical threat. Enter Johnston, a 6-foot-4, 212-pound receiver with plenty of burst and acceleration.

After a quiet start to the season productively, Johnston broke out against Kansas on Saturday to the tune of 206 yards and a touchdown on 14 catches. He’s a receiver that can break open downfield and secure 50/50 balls but also one that excels on short and intermediate routes like slants with his short-area quickness. Johnston could very well end up being the guy for the Jaguars as they continue to look for that deep-threat, quick X receiver to take the top off of the offense.

If Jacksonville prefers to invest in a tight end rather than a receiver in next year’s draft but doesn’t want to spend a sure first-round pick on someone like Michael Mayer, Washington could be a perfect “consolation prize” on day two if he’s available. Washington is a massive man and an unbelievable athlete at tight end. At 6-foot-7 and 265 pounds, he’s an automatic mismatch in the passing game. Add on the shocking speed he’s got at that size and goodnight. He can run right past linebackers, find his space on the field and overwhelm safeties with his size and good hands once the ball comes his way. That’s not the kind of thing Jacksonville gets to see all the time with Evan Engram and Dan Arnold (who are both on expiring contracts after this season, by the way).

With the upside he also brings as an additional blocker in the run game, Washington can be a real difference-maker for the Jaguars in their passing and rushing offense if the team decides to invest at the tight end position.