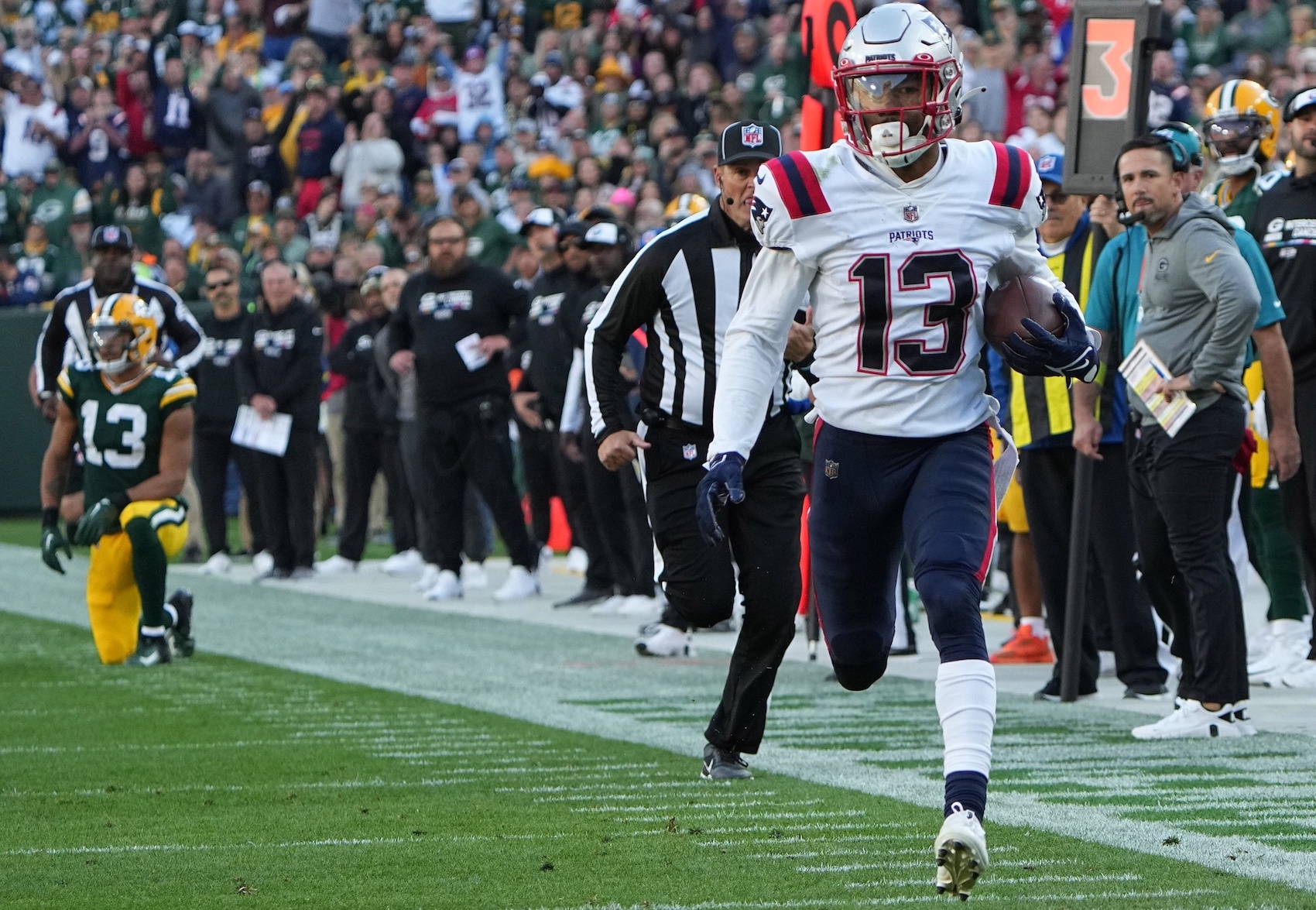 We are not quite to the midway point of the NFL season and there have been many intriguing storylines. Whether it’s the phantom roughing the passer calls that are changing the outcome of games or the lack of offensive production, overall, the start to this season has been unpredictable. But one of the more exciting storylines has been the production of rookies all over the NFL.

Ahmad Gardner and Breece Hall are making plays for the New York Jets, Kayvon Thibodeaux is closing out games as a pass rusher for the New York Giants, and Drake London is showing early signs of dominance at the wide receiver position for the Atlanta Falcons. But there is one rookie name that is playing really good football for the New England Patriots that I want to put on everyone’s radar. No, I’m not talking about Bailey Zappe. I am talking about the New England Patriots’ fourth-round pick, cornerback Jack Jones.

The Patriots were heavily criticized for their offseason moves, in particular, not attempting to sign J.C Jackson after he put on an All-Pro performance in 2021, leading the team with eight interceptions. But after only a few weeks of the season, it looks like they found a pretty good replacement in Jones. In just four games, Jones has an impressive stat line of two interceptions—returning one back for a touchdown—10 tackles, and a forced fumble.

Watching the tape in man coverage, it appears Jones is an extremely confident corner in that he doesn’t mind getting in the face of receivers and battling with them in press. Jones is a fluid athlete who, when he is in phase, does a really good job of mirroring receivers’ movements and being really sticky in coverage forcing the quarterback to make a difficult throw to complete a pass.

While Jones shows well in man, zone coverage is where he thrives and shows the best part of his game: his instincts. When Jones can play zone coverage and watch plays develop in front of him, he becomes a dangerous defender. Jones trusts his instincts and is willing to jump routes, which puts him in a position to make plays from the cornerback position. Jones is also a savvy tackler in how he can wrap up ball carriers and still execute a rip attempt to get the ball away from ball carriers.

Jones is a rookie starter, but watching the tape, it is easy to believe that he is an experienced veteran. Jones has something that is unteachable at the cornerback position, confidence. Cornerback is probably the most mentally and physically challenging position and when you find a corner with confidence, it is something to be valued.

It is very early in Jack Jones’ career, but his ball-hawking skill set combined with his confidence leads me to believe that he has all of the qualities to be an impact starter in the NFL for many years.