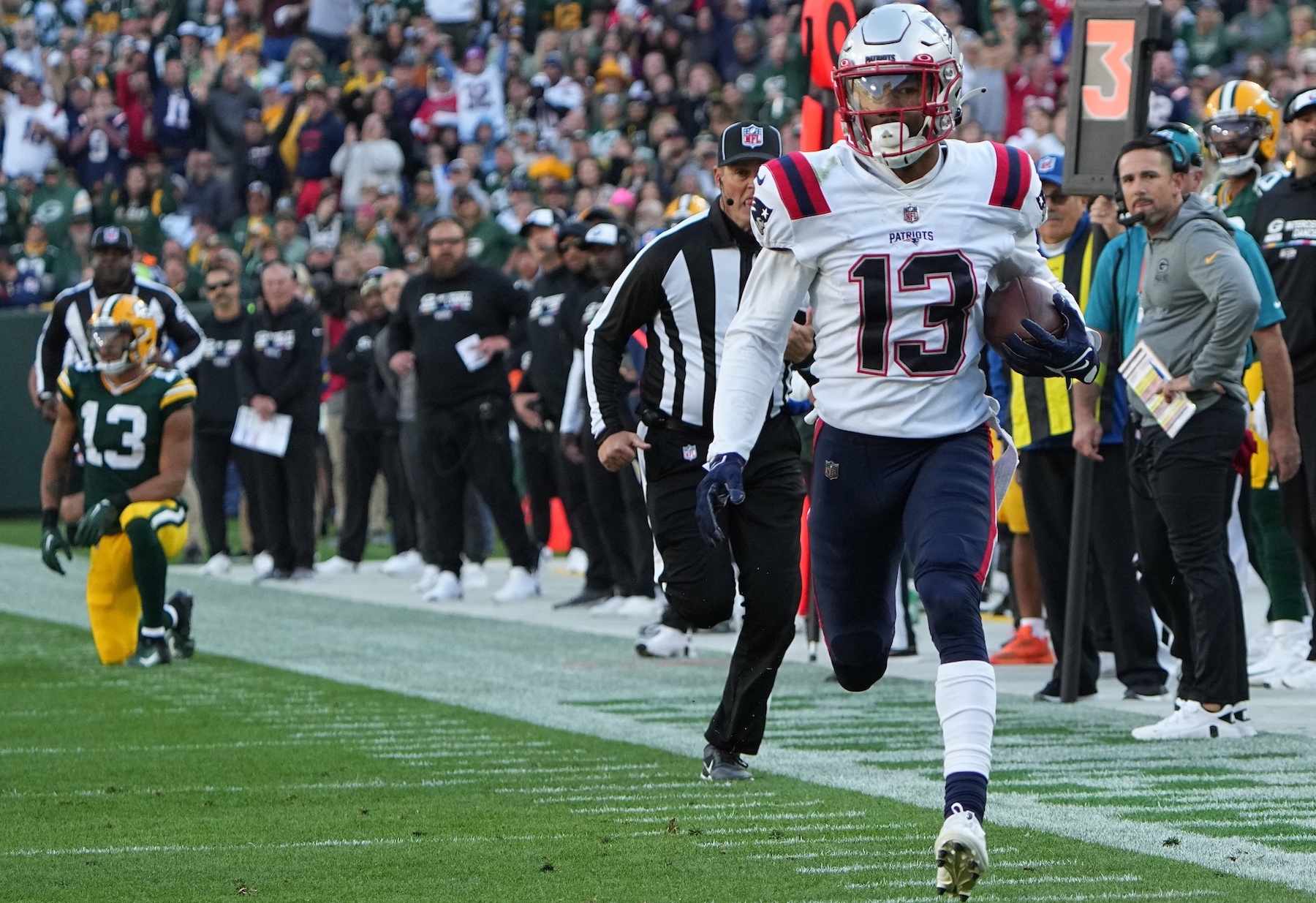 A former five-star prep talent turned day-three draft selection for the New England Patriots, cornerback Jack Jones has joined a long list of defensive backs that have quickly made their presence felt in Foxborough. A fourth-round pick by way of Arizona State, Week 4 served as Jones’ arrival to the national stage.

Jack Jones is having a DAY at Lambeau. FR earlier, pick six here.

A ball-hawking talent that made his name in the draft circuit as an aggressive defender whose quick feet and mirroring ability raised the eyebrows of evaluators, Jones was relatively underrated for a majority of the process.

“Undersized and overlooked” is a common narrative players receive due to a lack of ideal build—according to the NFL standard—but Jones’ electricity on the outside was evident. At 5-foot-10, by no means does he have the build of a true outside stalwart tasked with stymying WR1s each and every week. But his elite level of technicality masks any so-called deficiencies he may have to the “bigger-equals-better” truthers in the game today.

It’s been a quick progression for Jones inside a Patriots secondary desperate for production and fresh legs. Following the departures of Stephon Gilmore and J.C. Jackson, the New England cornerback room looked more like a bingo hall than a professional secondary. Jack Jones started alongside Jonathan Jones and Adrian Phillips at Green Bay, and with Devin McCourty roaming the roof at the ripe age of 35, Jack Jones’ ability to quickly blossom has slightly raised expectations as a whole for an underwhelming New England secondary.

For a roster struggling for positives at 1-3, Jones is a player to rally around for a group potentially on their way to finishing in the basement of the AFC East for the first time since 2000. Whether he continues to receive work on the outside, bumps into the slot, or both, it’s time Jones gets more and more work on the perimeter. He was on the field for nearly 100% of the snaps against the Packers after playing 43% of the snaps against Baltimore. Early signs from head coach Bill Belichick show that he’ll lean on Jones heavily as New England looks to stay competitive this fall.

One of the biggest diamonds in the rough from this year’s rookie class, while a lot has gone wrong for the Patriots early this year, Jones has provided a light of optimism as a young player to trust in 2022.