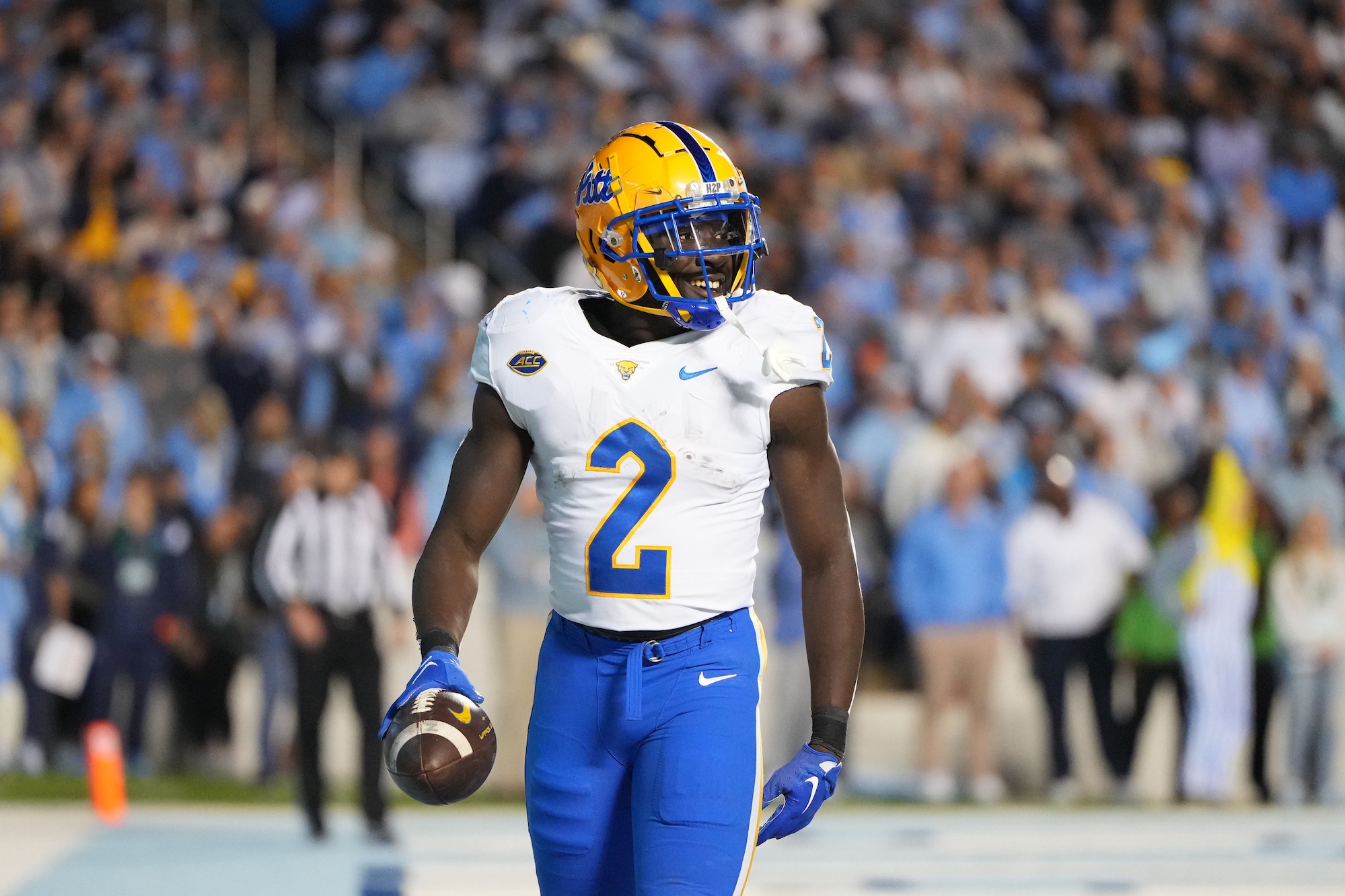 Let’s take a quick trip back to 2021, shall we? A Pittsburgh Panthers program headlined by Heisman semifinalist quarterback Kenny Pickett and all-world wideout Jordan Addison went on to win the ACC. While a loss to Michigan State in the Peach Bowl saw their magical campaign come to a close, expectations remained lofty moving into 2022. And while additions were made in the form of Kedon Slovis to replace Pickett, and subtractions were seen following Addison’s transfer to Lincoln Riley’s USC Trojans, the arrival of running back Israel Abanikanda has drawn attention back to Pitt through eight weeks.

College Football Player of the Year ✨

The Brooklyn, N.Y. native has been flat-out unstoppable so far in his junior campaign. A well-framed talent at 215 pounds, there hasn’t been a single defense in the ACC that has been able to counter him this year. And the craziest thing about it, opposing coordinators know he’s getting the football—90 carries the last three weeks combined have paved the way.

With a workload usually scripted for programs like Air Force or the old days of the triple option at Georgia Tech under Paul Johnson, Abanikanda has shouldered Pitt’s offensive success this fall to the tune of 1,086 yards via 5.9 yards a pop headlined with 16 (!) touchdowns on the ground (roughly two per game). His 154 yards on the ground against Tennessee back in Week 2 initially drew attention to his game. His success against a highly talented front seven provided the fuse to what has become a historic season on the ground.

Pitt running backs with 1,000+ rushing yards in the first 8 games of a season:

Abanikanda carries his weight extremely well. While increased sand in the pants often carries a narrative of being a slower, less fluid ball carrier, Abanikanda touts the necessary burst to explode to and through creases. Patient footwork is a beautiful thing to see as a young prospect, and his consistent ability to slow the game down in between the mess of the trenches allows him to pop through the smallest of spaces in search of open grass. While he has a ways to go as a potential three-down back receiving minimal targets in space, as teams hunt for bell cow talents who can shoulder a heavy workload, Abanikanda has become a massive name to follow.

Although the 2023 running back class is one dripping with elite talent and three-down production in names like Alabama’s Jahmyr Gibbs and Texas’ Bijan Robinson, the production and translatable traits that Israel Abanikanda has showcased have thrown another name into what will be one of the deeper positional talent pools in the country.