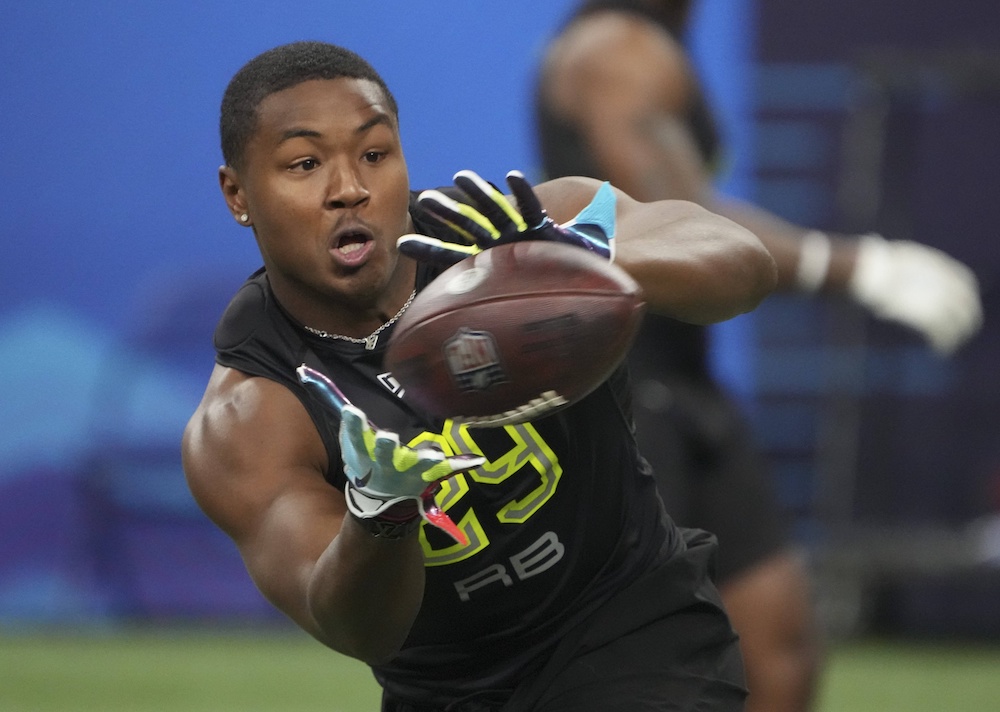 With the NFL Draft just over a month away, I’ve been breaking down top prospects and their ideal fits for Dynasty fantasy football. If you need a refresher on Dynasty, I wrote about how fun it can be in my previous articles. Here are the prospects I’ve covered so far:

Today, I’m breaking down the best Dynasty situations for Texas A&M running back Isaiah Spiller. I believe these teams would be the best places for Spiller to see long-term success in fantasy football. Keep in mind, this series focuses more on best fits for the player as opposed to the team.

Brentley Weissman projects Spiller as a three-down back mostly due to his size, power and vision. Of course, great fantasy running backs also make their mark in the receiving game, which Spiller has shown he’s more than capable of doing. “As a receiver, Spiller is mostly used on quick outs, wheels, and screens. He displays good hands overall and can track the ball with ease,” said Weissman via Spiller’s scouting report. Weissman also noted Spiller’s scheme versatility, though he specifically mentioned heavy-zone and gap power schemes as the best fits for Spiller.

At this point, the Falcons could use all the help they can get on offense. You should expect them to be a staple of my Dynasty Fits series. That’s especially true for Spiller, who could come in and instantly take over an every-down role in Head Coach Arthur Smith’s offense. Besides, no team targeted their running backs more last season than Atlanta. Running back-receiver hybrid Cordarrelle Patterson saw the fourth-most targets among running backs, while Mike Davis saw the tenth-most. So even if Patterson retains his role, Spiller can still see ample involvement in the passing game. He’s also just arguably more talented and a better pure runner than Patterson. Sometimes the best way for long-term success in fantasy football is heavy early involvement. Since Smith clearly loves to feature his running backs, this would be a juicy situation for Spiller to rack up fantasy points.

Similar to the Falcons, the Texans have a massive need for a good running back. I don’t think anyone is too inspired by Rex Burkhead, David Johnson and Royce Freeman. It reads like a running back graveyard. Unlike the Falcons, though, the Texans didn’t feature their running backs too heavily last season. Their run rates were around league average and their target shares toward running backs were below league average. I don’t expect much to change with Pep Hamilton‘s promotion to offensive coordinator, either. So why is Houston on this list? Like I said earlier: opportunity. Do we really expect a slew of past-their-prime veterans to fend off a top rookie running back? Staying in Texas could give Spiller a good outlook for the 2022 season and beyond.

This is perhaps the most interesting landing spot on here because — as you’re probably well aware — the Giants currently have a running back. His name is Saquon Barkley. Therefore, we’d really have to wait for Spiller to reach his true Dynasty potential, right? Not so fast, my friend. Barkley has one year left on his deal, which may factor into the recent trade rumors surrounding him. The main factor, though, is arguably Barkley’s health. After bursting onto the scene in 2018, Barkley has since failed to play a whole season. It’s a safe bet Spiller would see some action this season, let alone in future seasons. You’d just have to be patient with Spiller. And that folks, is how you play Dynasty football! All kidding aside, we don’t know exactly what Brian Daboll’s offense will look like in his first season as New York’s head coach. If it’s anything like Buffalo’s from previous seasons, then we should expect heavy utilization of the team’s wide receivers. The catch: the Bills didn’t have running backs as talented as Barkley or even Spiller. There’s a good chance Daboll features his running backs more in New York than he did in Buffalo. Based on that possibility and Spiller’s talent, I wouldn’t shy away from Spiller if he landed with the Giants.

The Seahawks went through quite the facelift this offseason, but amidst all of it, they re-signed Rashaad Penny to a one-year deal. While I’ve openly praised the move, I still think there is a room for Seattle to draft another running back. Spiller seems like he would be a good fit considering the every-down usage Penny saw in the second-half of last season. Head Coach Pete Carroll’s offense also features a ton of motion and jet sweeps, which Spiller is accustomed to from Texas A&M. While Penny could easily extend his late-season hot streak into 2022, his history of injuries and Carroll’s history of riding the hot hand would suggest valuable playing time for Spiller in year one. Besides, with how Carroll has infamously refused to “let Russ cook” over the last two seasons, it wouldn’t shock me to see Seattle again finish with an above-average rush-play rate. That’s a golden opportunity for a player like Spiller.