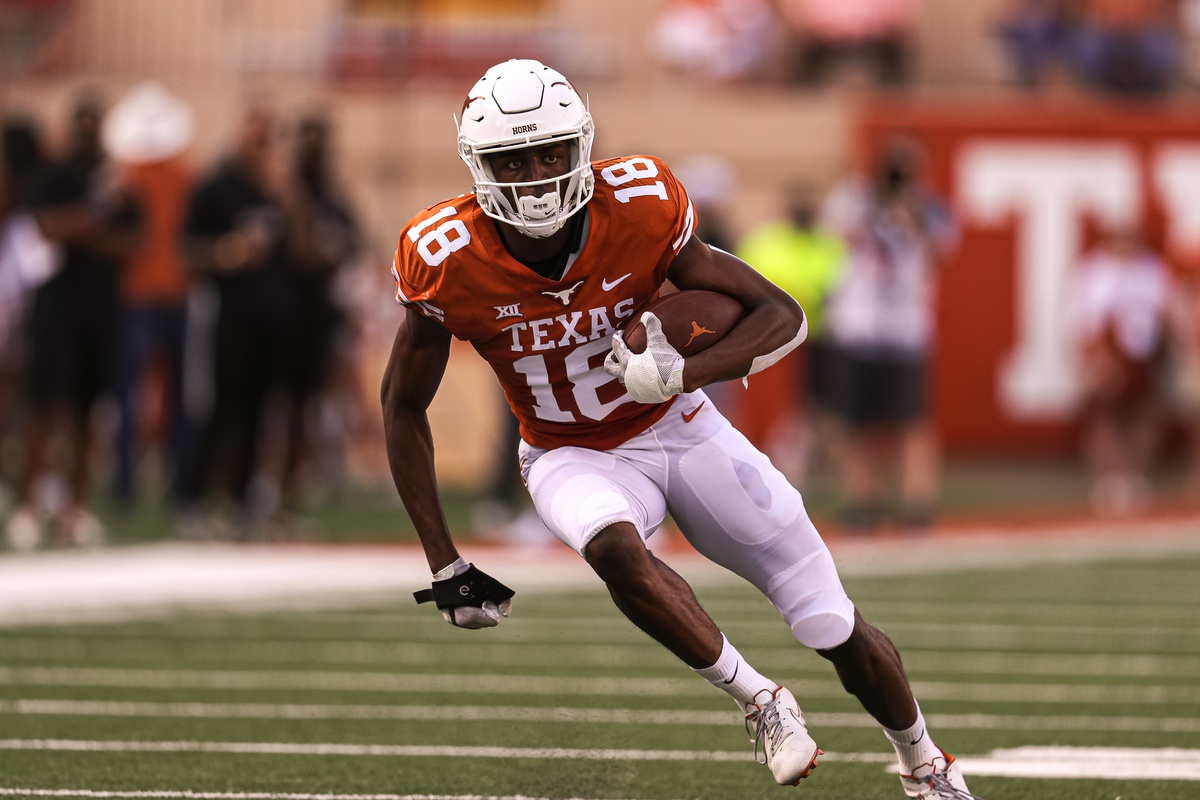 Isaiah Neyor: The Longhorns WR You Must Watch This Season

Regardless of the previous year’s record, the Texas Longhorns are always in the news as one of the most talked about programs throughout college football. They are one of the blueblood programs and have one of the biggest fan bases in the nation, including celebrity fans like Matthew McConaughey.

This offseason, Texas has continuously been in the headlines for its aggressive approach to the transfer portal, snagging some big-time names from some big-time programs:

But their best transfer may be from the University of Wyoming in wide receiver Isaiah Neyor. Neyor is a native Texas high school football player that transferred into the Longhorns football program after putting up some dominant numbers in only two years at Wyoming. This past season, Neyor was able to catch 44 passes for more than 800 yards and 12 touchdowns, averaging 20 yards per catch.

Neyor appears to be a height-weight-speed guy that can run past defensive backs with ease.  Once down the field, Neyor has the ability to become an aggressive receiver and attack the ball at its highest point. There are numerous instances where Neyor is able to go up and over defenders to catch the ball in high-traffic, contested situations. While Neyor excels at being a vertical threat that can dominate smaller defenders in jump-ball situations, I believe there is still some untapped potential for him as a player.

Watching the film, there is still room for Neyor to grow into a polished route-runner and use his big frame to become a reliable target on underneath routes as well. If he can do this, the sky’s the limit for his potential.

All of the things necessary for Neyor to develop into a dominant player are there for him at Texas. First, head coach Steve Sarkisian and pass game coordinator/WR coach Brennan Marion are two of the brightest minds in college football and have a proven record of developing receivers into top picks. Secondly, already on the team is a viable complementary piece in sophomore receiver Xavier Worthy, who had a breakout season as a true freshman and is capable of relieving some of the pressure off of Neyor—that will make it difficult for defenses to double-team Neyor consistently. Finally, what may be the most important piece to Neyor’s success is Ewers.

Ewers is a former five-star prospect who all of the top quarterback minds have stamped as a legit passer of the football. Now playing with a receiver with the kind of traits Neyor has, Ewers will surely find ways to make sure he gets the necessary target share.

All of these factors—combined with him being a 6-foot-3 receiver with high athletic traits—put Neyor in a favorable position. I am not a betting man, but I am betting on him to deliver and develop into a true No. 1 receiver in his time with the Longhorns. It’s only July but I think defensive coordinators should start paying attention to this small-school transfer because Isaiah Neyor has the potential to be one of the biggest game changers in not only the Big 12 but all of college football this season.