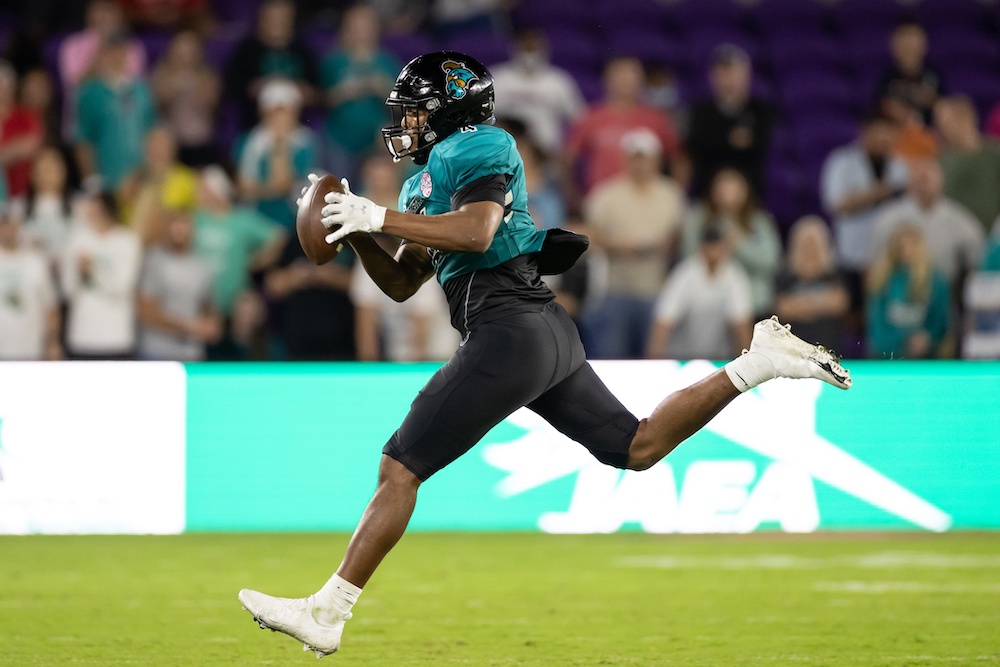 The tight end position is a chess piece within an NFL offense and the value surrounding it has grown exponentially within the league over the last decade. From Travis Kelce to quarterback turned in-line threat Logan Thomas and the unicorn that is Kyle Pitts, the need for a versatile, big-bodied weapon with the ability to displace in the run and create mismatches in coverage has become a must-have for teams around the league. One of the most athletically-gifted prospects in the class, don’t overthink former Coastal Carolina Chanticleer Isaiah Likely. He’s a do-it-all talent whose tools and traits should see him produce immediately. Here a few teams that should be pounding the table for him come draft weekend.

Just last year, the Giants’ tight end room looked to be one of the deepest in football with Evan Engram and Kyle Rudolph. After signing Ricky Seals-Jones, the Giants are still in need of a true top tight end. Seals-Jones – like he was in Washington – is an above average backup, but throwing Likely into the fold within an offense that needs to take a step forward could be the optimal addition on Day 2 for new Head Coach Brian Daboll.

I like tight end Brevin Jordan a lot, and his chemistry with quarterback Davis Mills progressed as the season wore on, but the Texans need fresh legs and talent on the offensive side of the football at a multitude of spots. With both Likely and Jordan on the field, Houston would be able to present teams with unique looks in 12 personnel (one running back, two tight ends).

It’s a ‘what have you done for me lately’ league and when it comes to tight end Cole Kmet, he hasn’t moved the needle as a former second-round pick. Yes, 613 receiving yards is fine to hang your hat on in year two. Plus, having quarterback Justin Fields full time will help Kmet’s production. But why not make it easier on Fields by giving him more dynamic options in the intermediate areas of the field? With excellent burst and seam-stretching ability that Kmet simply doesn’t offer at the position, Likely and Fields could progress into a nice core of youth for Chicago.

Tight end Tyler Conklin is now a Jet and although expectations remain surrounding Irv Smith Jr., an upgrade is needed at the position. As successful as Kyle Rudolph was for Minnesota during his tenure, plugging in an uber-athletic talent like Likely to complement Justin Jefferson and Adam Thielen could be a match made in heaven. In what is expected to be a top-heavy race for the NFC North crown once again this fall, continuing to boost Kirk Cousins’ arsenal is an idea that shouldn’t be kicked under the rug.

Continuing with the trend of NFC North teams, my goodness does quarterback Aaron Rodgers need some help. While the reported addition of wide receiver Sammy Watkins should help on the outside, there’s much to be desired at the tight end spot with Robert Tonyan and Josiah Deguara. Tonyan came back down to earth in just eight games last fall, and with receivers Davante Adams and Marques Valdes-Scantling both elsewhere, Rodgers is in need of athletes with the ability to create space and fight through contact. That should intrigue General Manager Brian Gutekunst enough into allocating a Day 2 pick on Likely. With 11 overall selections, Green Bay has the firepower to add impact players on both sides of the ball and it wouldn’t come as a surprise if Gutekunst were to make a move up the board if they see Likely as a potential target hog for Rodgers.