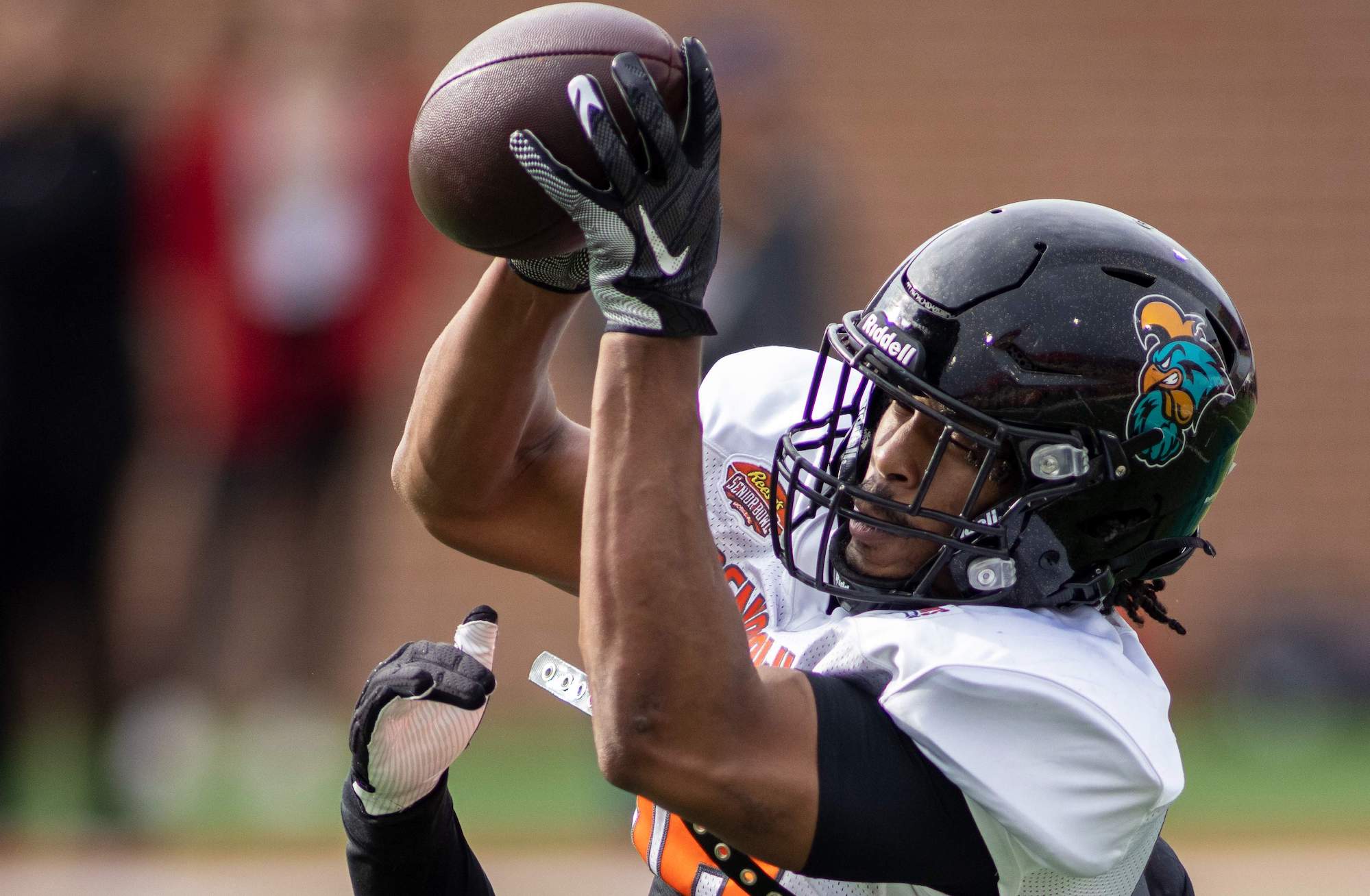 Isaiah Likely Putting Himself In TE1 Conversation At Senior Bowl

There’s no shortage of quality tight end prospects participating in the 2022 Senior Bowl. Colorado State’s Trey McBride began the week as a player with a chance to work his way into the first-round conversation, but after two days of practices, he’s been outshined by Coastal Carolina’s Isaiah Likely. Likely isn’t an unfamiliar name to NFL scouts and draft fans. He’s currently ranked fourth among tight ends and as the 78th overall player on TDN’s 2022 NFL Draft prospect rankings. That’s a solid grade; a firm Day-2 slotting. And while he isn’t the kind of special tight end prospect that generally comes off the board in the first round, his practice performances have his already strong grade getting stronger. Likely’s displayed the kind of juice and twitch that the premier pass-catching tight ends showcase on a weekly basis. He’s routinely left defenders playing catch-up in coverage. https://twitter.com/FrankiesFilm/status/1488929150526185472 At 6-foot-4 and 240 pounds, he has the kind of frame to play physically early in his route. And when he puts his foot on the gas, he separates with ease. https://twitter.com/Jeffbarnes29/status/1489287773324562433 Likely has confirmed what many draft scouts thought of him prior to Senior Bowl practices kicking off. He’s been one of the most exciting playmaking tight ends in college football for the last few seasons. His film is littered with big plays. https://twitter.com/PFF_College/status/1488693656458608642 If there’s one criticism of Likely that’s fair, it’s his ability to sustain blocks in the running game. He’s struggled at times in Mobile, but for what Likely will bring to an NFL offense, it doesn’t really matter that much. And it’s not like he hasn’t flashed the ability to put a defender on his back. https://twitter.com/GabeMcDonald_/status/1472226653724106754 Sure, NFL clubs want well-rounded players. Tight ends who can contribute in the running and passing game inherently have more value. But in a league that’s all about putting the ball in the paint, Likely will rank high on the list of must-haves at his position. https://twitter.com/TheFF_Educator/status/1472026799848792071 At this point, the 2022 NFL Draft tight end rankings are fluid. There will be significant changes after the Senior Bowl because of the performances of Likely and others, like UCLA’s Greg Dulcich. And with the NFL Scouting Combine and pro days certain to showcase the athleticism of Likely even more, his opportunity to become TE1 by the time April rolls around is very, very real.