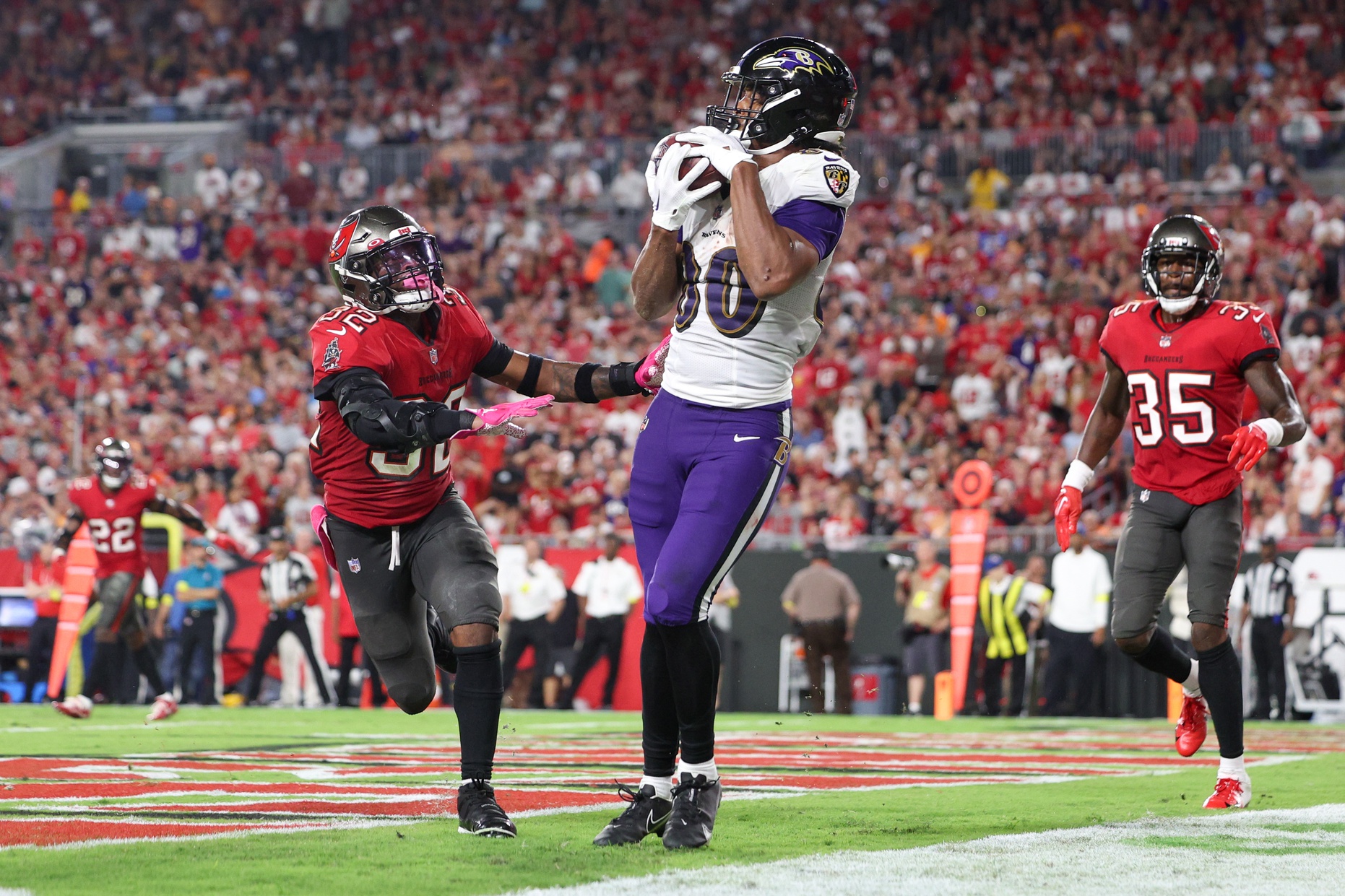 Andrews entered Thursday’s contest with a questionable tag due to a knee injury. Andrews suited up but departed after suffering an apparent shoulder injury on a second-quarter reception. Andrews didn’t return and Likely soaked up the bulk of newfound targets in his absence.

Andrews is an elite tight end, but Likely appeared capable of starring in his absence should he miss time with injury. The Ravens may be counting on Likely moving forward. Rashod Bateman and Gus Edwards suffered injuries in addition to Andrews. The Ravens are short on playmaking weapons, and Likely has emerged at the opportune moment. Starting running back J.K. Dobbins is also on IR.

The No. 139 overall selection in the 2022 NFL Draft, Likely has served as a model of consistency for the Ravens through eight contests. Since his preseason debut, Likely has posted a 75.6% catch rate with a 24.1% targets per route run, via John Daigle. Likely has been targeted at an average depth of 8.7 yards per target during that time frame, and is averaging a chain-moving 11.6 yards per reception.

Likely entered Thursday’s contest with a passer rating of 86.5 when targeted, per Pro Football Focus. That number will improve following his efficient performance. Likely has also been a run-after-catch threat, having averaged an explosive 6.6 yards after catch per reception through his first six showings. Likely is creating offense for himself.

Likely was more than a receiving threat. He recovered Tampa’s last-ditch onside kick effort, which clinched victory for the Ravens. Likely also showcased his abilities as a blocker, which is crucial to the success of offensive coordinator Greg Roman’s system.

“I think coach [John] Harbaugh is going to be really impressed when he sees me on film blocking,” Likely said during his post-game media scrum.

Likely’s versatility made him an ideal pre-draft fit in Baltimore’s offense. At Coastal Carolina, Likely played as the traditional “Y” tight end or detached from the offensive line altogether. Likely can play the slot and as a movable chess piece.

“My game is centered around being the most versatile player on the field,” Likely told The Draft Network exclusively in April. “To be able to play the X position, in the slot, in-line, or wherever they needed me, it made me that movable chess piece that a lot of teams desire at the next level. I played in-line as a traditional “Y” tight end. I played in the slot. I played the “H” position, or really the ‘F’ as the move tight end. I really played the “X” as well, and to the other side of the field as the ‘Z.’ If I was play-side and had to be a lead blocker in our offense, I was that tight end that was able to do everything for us.”

The 5-3 Ravens sit atop the disappointing AFC North and play a favorable schedule down the stretch. The Ravens appear postseason bound. Expect Likely to continue making a sizable impact as the season progresses.