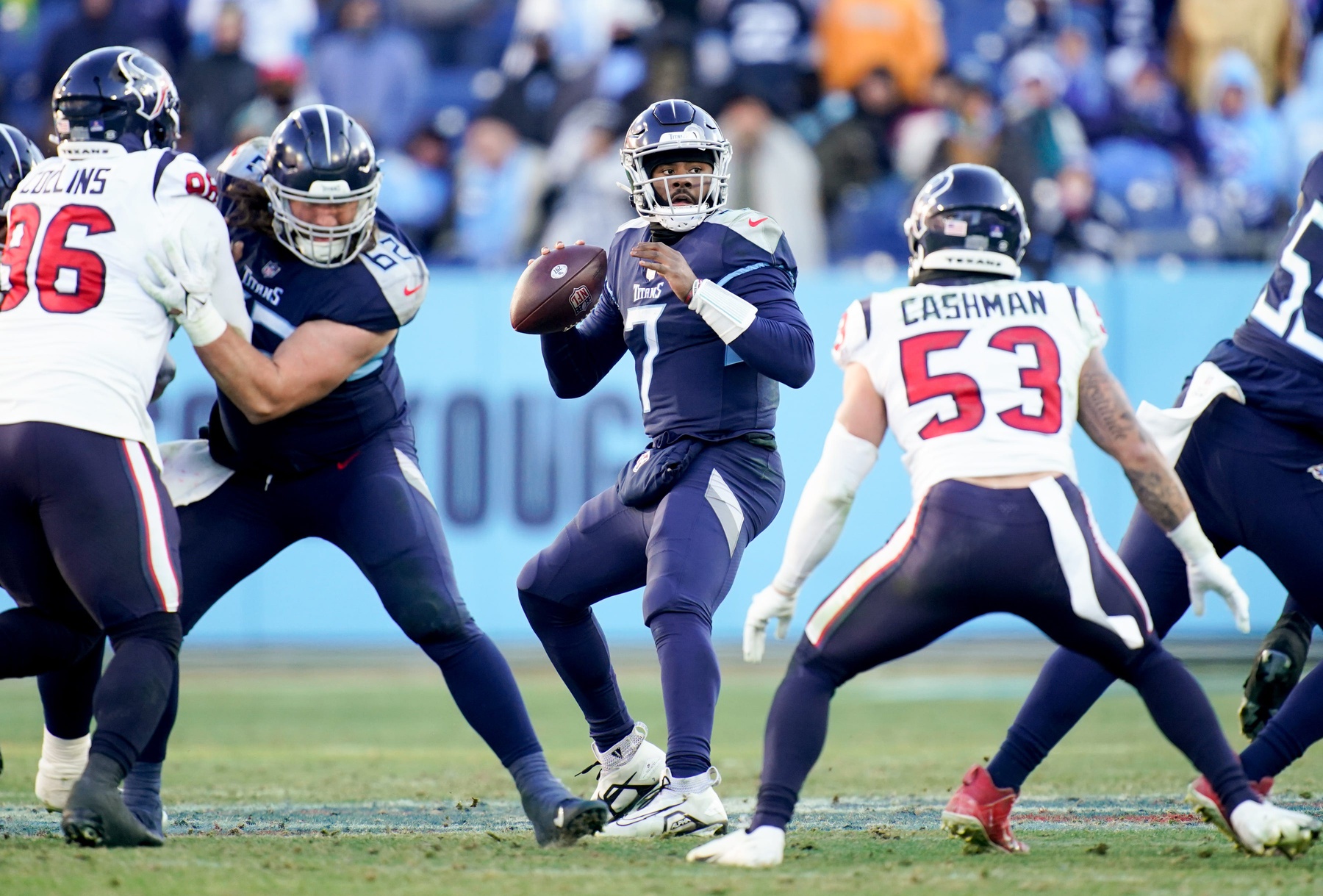 Tennessee Titans rookie quarterback Malik Willis will start against the Dallas Cowboys on Thursday. It will mark Willis’ second consecutive start. He flashed brief signs of progress in Sunday’s loss to the Houston Texans but remains a very raw first-year product that requires further development.

[Editor’s Note: This was written before reports of Josh Dobbs starting on TNF]

Willis’ most exciting moment saw the former Liberty product scramble for a 14-yard touchdown in the third quarter that recaptured a second-half lead for the Titans. It was Willis’ first (and only) touchdown of the 2022 campaign. Willis showcased the elite athletic abilities that made him an exciting prospect in the 2022 NFL Draft.

Such moments of brilliance were rare, however. Willis has been disappointing as a scrambler. He was expected to add more to Tennessee’s offense via his dual-threat abilities, but overall, Willis has rushed for 123 yards and the aforementioned touchdown on 27 carries (4.3 yards per carry). Willis hasn’t shown a great feel for rushing lanes. Willis’ decision-making as a runner has been lacking. He ran directly into the back of one of his offensive linemen on a rushing attempt.

Willis was even more erratic as a passer. Willis has completed just 50.8% of his passing attempts. He’s thrown three interceptions and zero touchdowns in seven regular-season appearances.

Willis possessed an opportunity to lead the Titans to a game-winning drive via a two-minute drill. It could have been a resume-defining moment for Willis’ debut season. Willis threw a terrible interception directly at Texans first-year linebacker Christian Harris instead. The Titans got the ball back late, but a last-ditch Hail Mary was intercepted by rookie safety Jalen Pitre.

The @HoustonTexans intercept the ball with less than 2 min to go!

Willis has made an impressive throw here and there. He briefly replaced starting quarterback Ryan Tannehill against the Los Angeles Chargers. Willis flashed terrific poise on a 3rd-and-3 to hang tough in the pocket and deliver an accurate, chain-moving throw in traffic.

Titans head coach Mike Vrabel has been pleased with Willis’ progress for what it’s worth while offering an honest assessment of his current strengths and weaknesses.

“Malik Willis has to be quicker on progressions,” Vrabel said. “He made some good decisions [against the Texans] and was decisive. He has to continue to progress.”

Willis possesses another opportunity to flash headway against the Cowboys under the bright lights of primetime. Ironically, the outcome of Thursday’s contest doesn’t impact Tennessee’s postseason chances. Their fate will ultimately be decided based on the result of their Week 18 regular-season finale against the Jacksonville Jaguars. The Titans may rest some key players against the Cowboys, but the low-stakes situation should encourage Willis to play loose.

The No. 86 overall selection in April’s draft was viewed as a raw prospect that required seasoning. The Titans haven’t surrounded Willis with a strong supporting cast, but his outputs have been mostly disappointing nonetheless. Willis must continue showing progress on Thursday or his outlook becomes even bleaker.