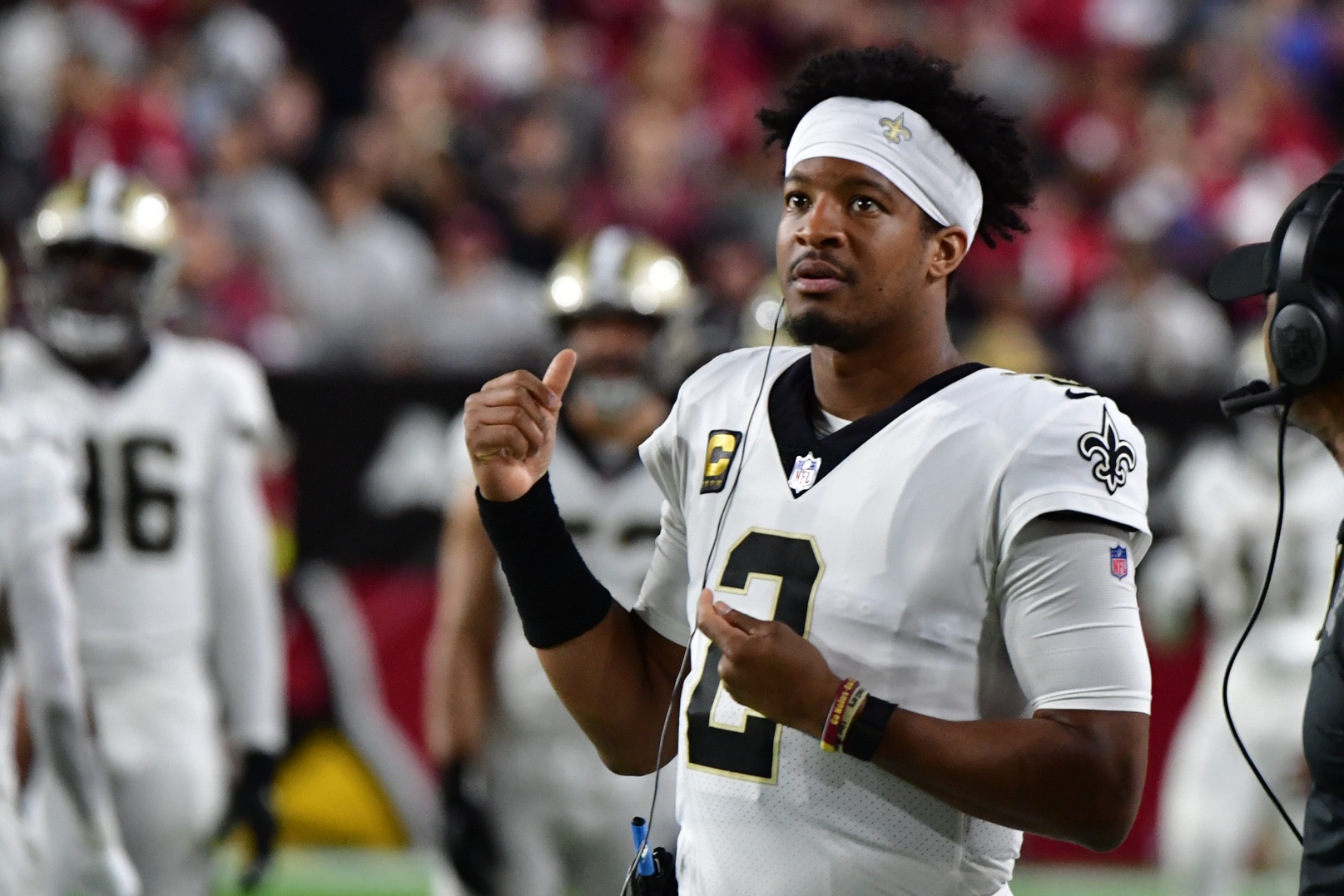 Is It Time For Saints To Go Back To Jameis Winston?

The New Orleans Saints suffered a lowly 20-10 defeat to the Pittsburgh Steelers on Sunday. The loss drops the Saints to a disappointing 3-7 on the season. Saints head coach Dennis Allen should consider handing the reins to his offense back to initial starting quarterback Jameis Winston. Allen apparently possesses some reservations.

“I know we’re all looking for answers there [at quarterback], but I’m not going to go there right now,” Allen said during his post-game presser. “We’ll evaluate where we’re at, and we’ll have a plan for this coming-up week.”

The Saints failed to execute on third down (3-12) and fourth down (0-1). They gained 186 total net yards of offense. Dalton oversaw a unit that punted on five occasions. Dalton took two sacks. The Saints lost the time of possession battle 38:56 to 21:04. Dalton failed to showcase his playmakers. Rookie standout Chris Olave totaled just three receptions for 40 yards. Dalton isn’t an effective quarterback.

Making matters worse, the matchup appeared favorable. The Steelers are allowing 263.9 passing yards per contest. They’re the 30th-ranked unit in that department, and these numbers are updated and improved following New Orleans’ latest debacle. Dalton failed to expose one of the league’s worst passing defenses. It further reveals Dalton’s lackluster form.

The Saints are now 2-5 with Dalton at the helm. They’re off to their worst start since 2005 (pre-Drew Brees era). Dalton owns an adjusted quarterback rating of 45.8, per ESPN Stats & Info. Dalton has completed just 47.2% of his passing attempts when under pressure, via Pro Football Focus. These are the signs of a starting quarterback that needs replacing.

The Saints re-signed Winston to a two-year contract extension worth $28 million this past offseason. Winston appeared poised to serve as their starting signal-caller for the second consecutive campaign in 2022. An injury momentarily catapulted Dalton into the starting lineup, but it’s time for the Saints to end the facade. Dalton is a high-upside backup signal-caller at best. They should remember the commitment they made to Winston just months ago.

The 2022 season has been disastrous for the Saints and Allen is a one-and-done candidate. Saints general manager Mickey Loomis managed the offseason as if his Saints were legitimate Super Bowl contenders. They’re anything but. It’s worth reinserting Jameis Winston at quarterback in an attempt to salvage New Orleans’ nightmarish campaign.