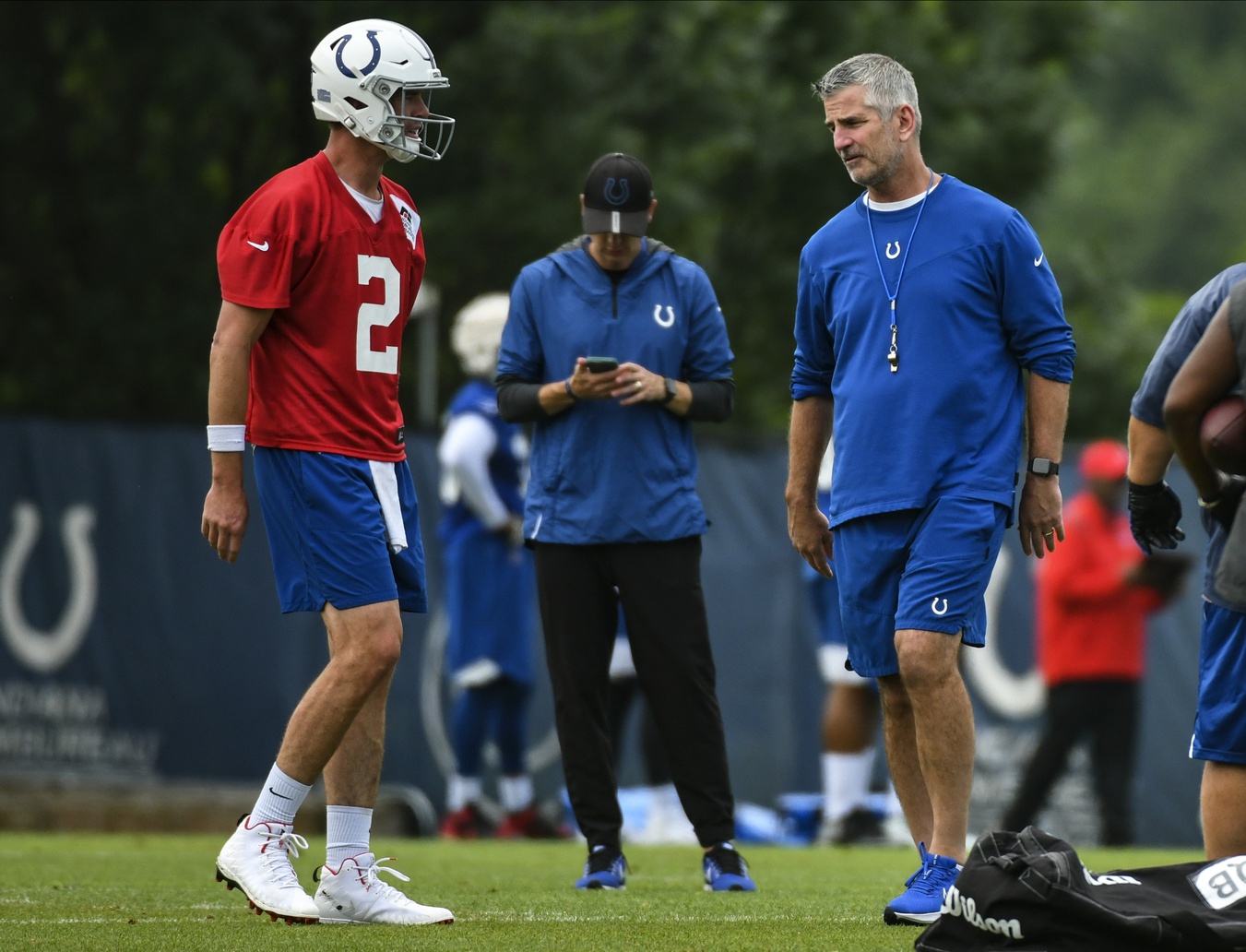 What Will Make 2022 Season A Success For Colts?

The Indianapolis Colts failed to meet expectations last season. Following an 11-win campaign in 2020 that concluded with a playoff appearance and the eventual retirement of bridge quarterback Phillip Rivers, Colts General Manager Chris Ballard made a splash at the position by acquiring Carson Wentz from the Philadelphia Eagles in exchange for a 2021 third-round pick and a 2022 first-round pick. The blockbuster deal ultimately backfired for the Colts, who wrapped up an incredibly disappointing 9-8 season in a weak AFC South division. Indianapolis missed the postseason as a result.

The stink of a season-defying Week 18 defeat to the 32nd-ranked Jacksonville Jaguars carried over into the offseason. Nobody within Indianapolis’ front office was satisfied with Wentz’s performances under center and Ballard responded by dealing Wentz to the Washington Commanders in exchange for 2022 second-and-third round picks, and a conditional third-round pick in the 2023 NFL Draft.

With yet another hunt for a signal-caller at the forefront of their offseason, the Colts returned to the veteran quarterback market by acquiring Matt Ryan from the Atlanta Falcons. Swiftly moving on from Wentz meant Ballard entered his fourth consecutive offseason in search of a new starting quarterback and Ryan will represent Indianapolis’ fifth starting signal-caller in as many seasons in 2022.

Acquiring Ryan signals a strong intention. The Colts expect to win immediately. Just what that means is open to interpretation. Competing for a Super Bowl in an absolutely loaded AFC may seem slightly far-fetched, but competing for a division title alongside the back-to-back AFC South-winning Tennessee Titans should qualify as a realistic expectation. Qualifying for the postseason is a must, whether via the division title or a wild-card appearance. Veteran head coach Frank Reich is one of the most respected leaders in today’s league. Reich fully understands the assignment, especially while all parties involved continue to reminisce on last season’s disappointment.

The scale of potential outcomes for the Colts in 2022 starts and ends with the 37-year-old Ryan, who will oversee a Colts squad that features a considerably stronger supporting cast than what he’s encountered in Atlanta as of late. Although there are questions at the left tackle and right guard positions, a stout offensive line that rosters the most talented guard in the league in Quenton Nelson, a solid starting center in Ryan Kelly, and a bookend right tackle in Braden Smith, should keep Ryan upright—especially when compared with Atlanta’s recent offensive line struggles. Keeping the immobile Ryan well protected will be crucial to Indianapolis’ passing-game success this season.

One large benefit Ryan is expected to enjoy in Indianapolis that Atlanta failed to provide him with lately is a strong running game. The Colts are expected to remain a run-first team despite acquiring Ryan and that may be the wise decision given Ryan’s advancing age. Superstar running back Jonathan Taylor is the type of talent a franchise should feel comfortable building their offense around, even in a pass-happy league. Taylor exploded as a sophomore in 2021 by rushing for a league-leading 1,811 yards and 18 touchdowns. Taylor became the youngest player in NFL history with at least 2,000 scrimmage yards (2,171) and 20 scrimmage touchdowns in a single season en route to earning his first well-deserved Pro Bowl appearance.

The threat of Taylor should open up opportunities in the passing game, even though questions litter that department. Ryan’s overall effectiveness will be monitored closely after a lackluster 2021 season, and Indianapolis’ pass-catching options may leave something to be desired. Michael Pittman Jr. is a solid No. 1 receiving option, but a lack of depth behind the developing Pittman is evident. Ballard drafted Alec Pierce with the No. 53 overall selection in the 2022 NFL Draft, and Pierce is expected to start opposite Pittman despite being a first-year player. Waiting in the wings behind Pittman and Pierce lay a plethora of unproven talents such as Keke Coutee, Parris Campbell, Ashton Dulin, and Michael Strachan. Mo Alie-Cox returns as an underwhelming starting tight end, although rookie Jelani Woods could eventually make a strong case to earn more snaps. A third-round rookie with a knack for stretching the middle of the field, Woods enjoyed a particularly fruitful pre-draft process while ascending into top 100 territory.

The 2021 iteration of the Colts was a strong defensive unit, and more of the same is expected in 2022 despite a forced change at defensive coordinator. Previous DC Matt Eberflus became the head coach of the Chicago Bears earlier this offseason after his stingy Colts defense ranked ninth in points allowed per contest (21.5) and 10th in rushing yards allowed per game (109.1) while boasting a league-leading turnover differential of +14. Eberflus has been replaced by veteran defensive coordinator Gus Bradley.

Bradley’s hybrid defensive front should thrive with pass-rushing talents such as DeForest Buckner, Kwity Paye, the recently acquired Yannick Ngakoue (a direct request from Bradley himself), and Dayo Odeyingbo. Playing behind this swarming defensive line is linebacker Darius Leonard, who despite mounting injuries, remains one of the most effective inside linebackers in today’s game.

If this defense features any question marks, it’s at the cornerback position. The soon-to-be-32-year-old Stephon Gilmore joined via a two-year contract worth up to $23 million, but the aging Gilmore appeared in just eight contests last season after dealing with the lingering effects of a previously suffered quad injury. A five-time Pro Bowler, Gilmore’s future effectiveness hangs in the balance. Undersized cornerback Kenny Moore II is best utilized at the nickel and is currently engaged in contract negotiations. The relatively inexperienced Isaiah Rodgers, who flashed in spurts last season, may start opposite Gilmore on the boundary.

The expectations for Indianapolis’ 2022 campaign are cut-and-dry. The Colts must qualify for the postseason after letting down their passionate fan base a year ago. Owner Jim Irsay routinely delivered strong offseason messages following last season’s failure, and Ballard and Reich responded with aggressive personnel-related movements, both on offense and defense. The Colts possess legitimate postseason aspirations, even if several questions loom large, particularly at quarterback.