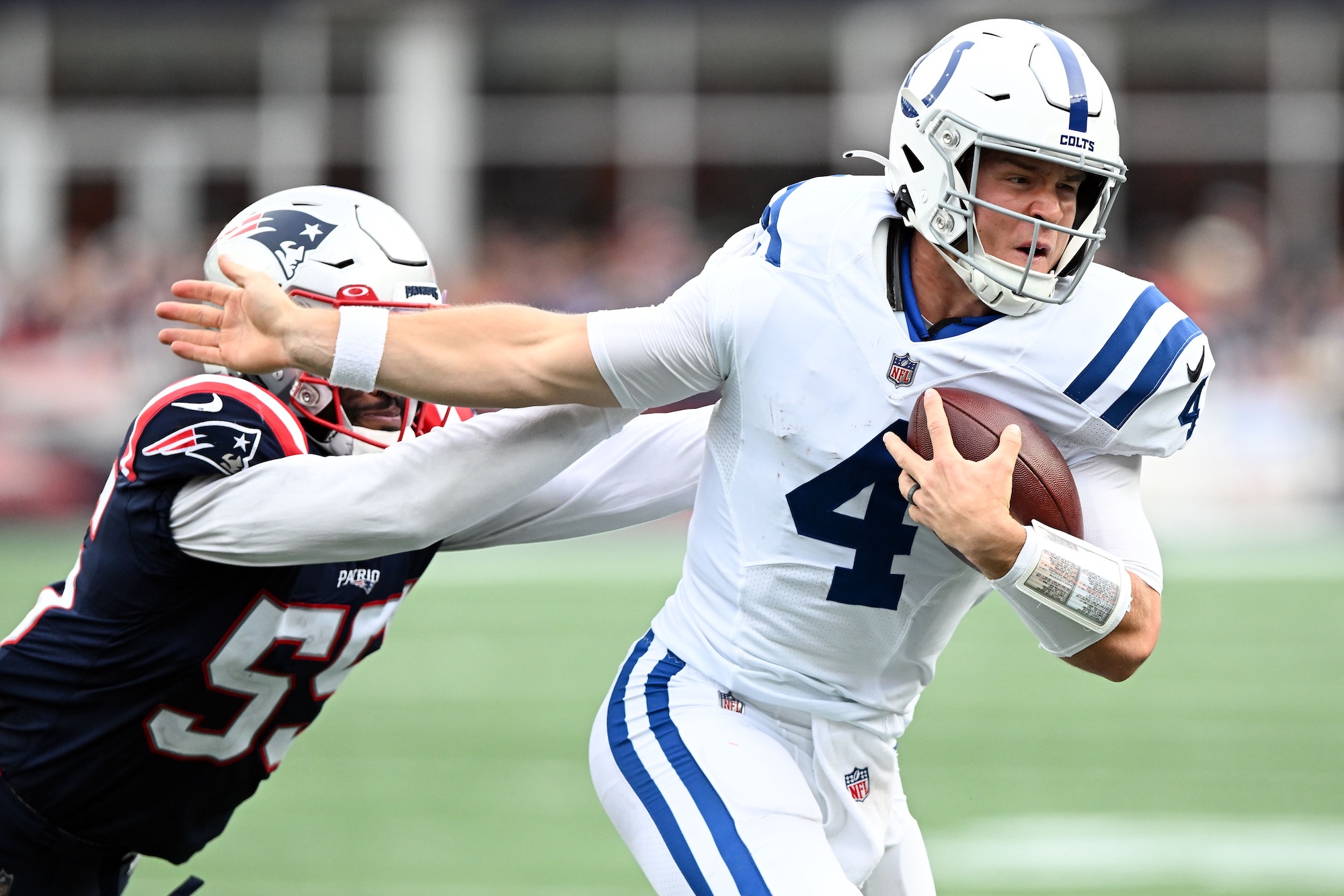 Indianapolis’ offense was downright abysmal with Ehlinger at the helm. They went 0-14 on third-down attempts and 0-2 on fourth down. The Colts gained 121 total net yards of offense and punted nine times. Ehlinger attempted 29 passes on 38 total dropbacks. Ehlinger totaled 103 yards with a net of 43 passing yards (nine sacks for -60). That’s an average of 1.1 yards per dropback. Ehlinger secured his first completion midway through the second quarter.

In other words, Ehlinger was completely ineffective.

Sunday’s defeat dropped the Colts to a disappointing 3-5-1. They’re trailing the Tennessee Titans by 2.5 games in the AFC South.

The No. 218 overall selection in the 2021 NFL Draft, Ehlinger has completed 32-of-52 passing attempts for 304 yards, zero touchdowns, and one interception in back-to-back losses as the starter. Indianapolis’ scoring offense is the worst in the league. They’re averaging 14.7 points per contest. Things have arguably gotten worse with Ehlinger under center. The former Texas quarterback is incapable of serving as Indianapolis’ starting quarterback.

Reich’s decision to bench veteran signal-caller Matt Ryan for the rest of the season was made prematurely. The Colts invested a fair bit into acquiring Ryan, sending a third-round selection in the 2022 NFL Draft to the Atlanta Falcons in exchange for his services. Benching Ryan after seven starts didn’t accurately reflect the commitment general manager Chris Ballard made to him.

Ryan’s contract could also alter Reich’s line of thinking. The former Boston College quarterback is under contract through the 2023 campaign. Ballard restructured Ryan’s contract after acquiring him, pushing some of the remaining guaranteed money to next season. The Colts are on the hook for $18 million should they part with Ryan after this season. Ryan is scheduled to earn a base salary of $21.7 million, per Spotrac. Ryan is also due a $7.5 million roster bonus in March. It represents a deadline for Ballard to decide Ryan’s future.

It’s difficult to imagine another franchise possessing an interest in trading for Ryan anyhow. The Colts may be stuck with Ryan. They should consider inserting him back into their starting lineup given the predicament. That is unless the Colts are strictly interested in improving their positioning in the 2023 NFL Draft.

Tanking is like The Fight Club. Nobody talks about it. Following Sunday’s debacle, the Colts are scheduled to possess the No. 14 overall selection. That number may continue inching closer toward the No. 1 pick with Ehlinger at quarterback. In-house scout Damian Parson has the Colts drafting Kentucky quarterback Will Levis in our latest NFL mock draft. Alabama’s Bryce Young or Ohio State’s C.J. Stroud are also options.

The Colts are a mess. Both Reich and Ballard are in legitimate danger of losing their jobs. Committing to Ehlinger for the remainder of the campaign was an ill-advised lapse in judgment. The Colts are stuck with Ryan regardless, who improves their chances of winning on Sundays. Continuously trotting out Ehlinger would indicate Indianapolis’ decision-makers may remain in evaluation mode with their sights firmly set on April’s draft for a franchise QB.