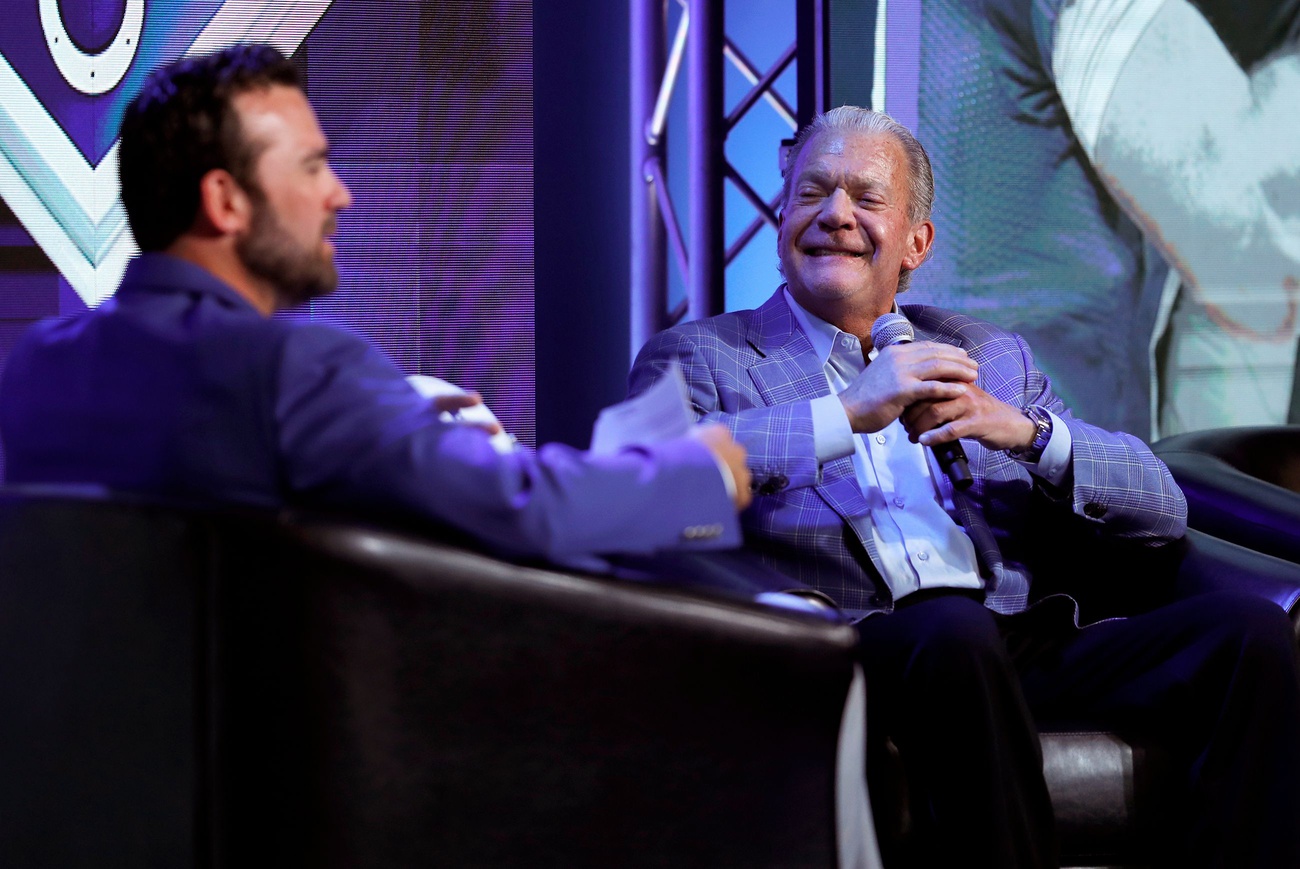 Why Did Colts Hire Jeff Saturday?

The Indianapolis Colts relieved head coach Frank Reich of his duties on Monday morning, the organization confirmed. Reich was rumored to be on the hot seat and Sunday’s embarrassing 26-3 loss to the New England Patriots served as the final straw. In a shocking conclusion, the Colts have appointed former playerJeff Saturday as their interim head coach. The unexplainable can only be, well, explained and summarized with two words: Jim Irsay. Irsay is almost certainly the driving force behind this appalling decision.

Saturday had been working as a television analyst at ESPN. The former six-time Pro Bowl center has previously consulted for the Colts. Saturday is a member of Indianapolis’ Ring Of Honor. Saturday’s lone coaching experience occurred at the Hebron Christian Academy high school football team in Dacula, Georgia. Saturday becomes the first person to be named a head coach without any coaching experience at the NFL or collegiate level since the Philadelphia Eagles appointed former MVP Norm Van Brocklin in 1961.

By appointing Saturday, Irsay and Colts general manager Chris Ballard bypassed several appropriate in-house candidates. Defensive coordinator Gus Bradley seemed likeliest. Bradley previously served as the head coach of the Jacksonville Jaguars for four seasons (2013-16). Senior defensive assistant John Fox is also on staff, although it’s unclear whether or not Fox would possess an interest in taking up such a role this late into his coaching career. And lastly, special teams coordinator Bubba Ventrone has long been viewed as a respected and underrated member of their staff. All of them were passed over for a “coach” with essentially zero experience. Bradley and Ventrone should be livid.

The Colts play the Las Vegas Raiders in Week 10. Who is going to call plays for the Colts’ offense? Reich was the play-caller. Offensive coordinator Marcus Brady was previously relieved of his duties as Indianapolis’ second scapegoat (benching starting quarterback Matt Ryan was No. 1, and Reich is now scapegoat No. 3!). With Reich and Brady no longer on staff, the Colts don’t possess a single offensive assistant with NFL play-calling experience.

Quarterbacks coach Scott Milanovich may be the most qualified candidate. Although Milanovich has never been employed as a coordinator or play-caller at the NFL level, Milanovich did serve in various starring roles in Europe and the Canadian Football League (CFL). Milanovich served as the head coach of the Toronto Argonauts from 2012-16 and won three Grey Cups (Canada’s Super Bowl) in various roles ranging from offensive coordinator to assistant head coach and actual head coach. Before joining Indianapolis’ staff in 2021, Milanovich coached quarterbacks in Jacksonville for three seasons (2017-19).

Other than Milanovich, the options leave plenty to be desired. Wide receivers coach Reggie Wayne has zero experience and may too be wondering why he passed over for Saturday (an outside-the-organization hire) when the Colts already employed a popular ex-player on staff. Indianapolis’ staff is littered with former players that possess little experience in addition to Wayne, including Kevin Mawae, Cato June, and Mike Mitchell.

Pairing Saturday with inexperienced sophomore quarterback Sam Ehlinger is a recipe for literal disaster. The Colts swiftly went from Reich and Ryan to Saturday and Ehlinger. It’s a truly astounding midseason turn of events.

Saturday should have accumulated some, you know, legitimate coaching experience before being afforded such a professional opportunity. Perhaps hiring Saturday as an offensive quality control assistant or offensive line assistant would have been more appropriate than handing him the keys to the franchise, even on an interim basis. Leave it up to the unstable Irsay to forage into uncharted territory.