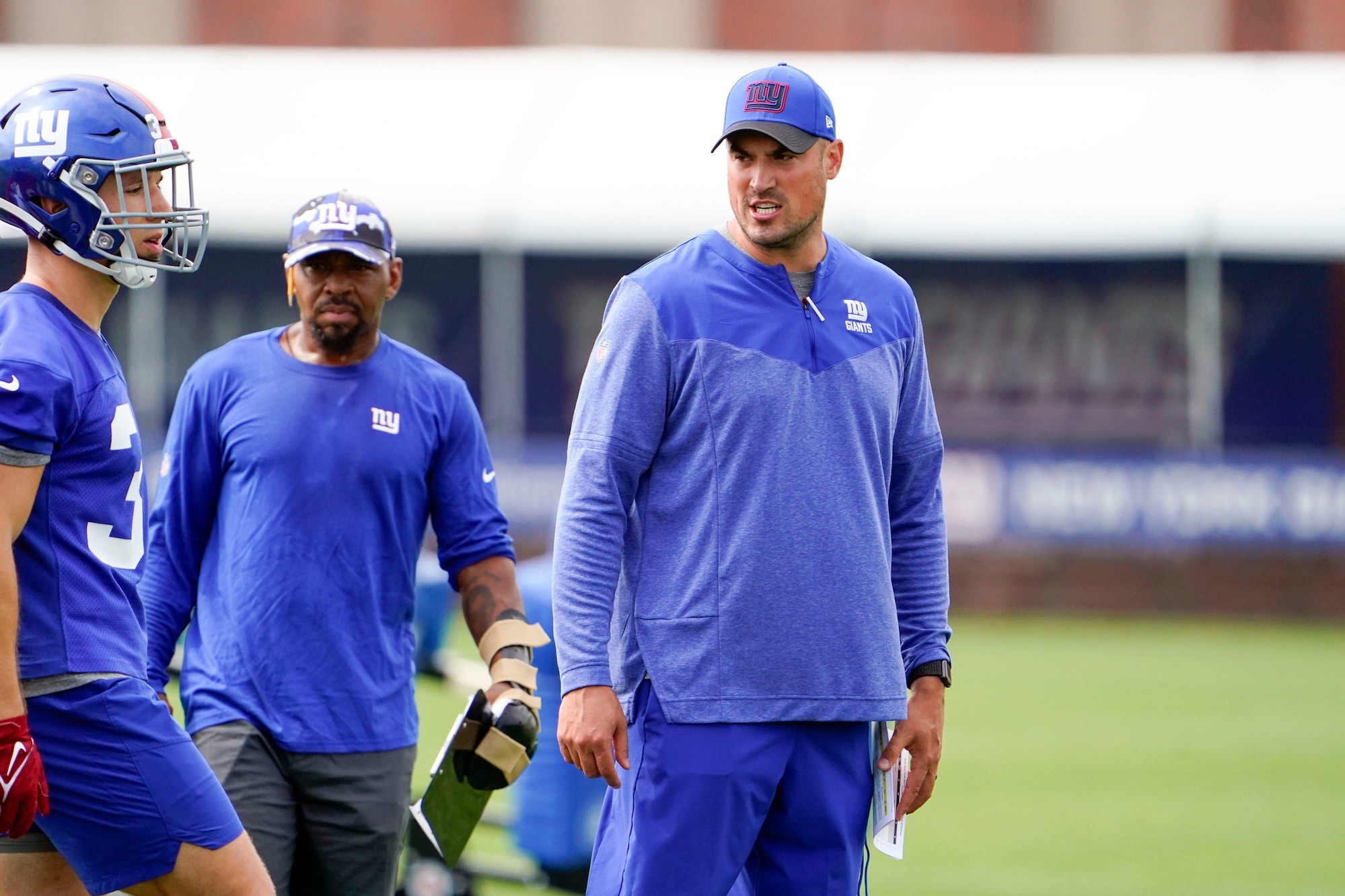 The Indianapolis Colts introduced six-time Pro Bowl center Jeff Saturday as their interim head coach on Monday evening. Owner Jim Irsay and general manager Chris Ballard oversaw a wildly entertaining press conference that was loaded with peculiar quotes and anecdotes. It’s difficult to imagine Saturday having much success given his lack of experience and the current state of Indianapolis’ 32nd-ranked scoring offense.

The Colts will be forced to indulge in a proper hiring process in the offseason unless Saturday achieves the unthinkable. Ballard and Irsay must hire a leader that’s capable of ushering these disappointing Colts forward. We’ve swiftly identified three potential candidates.

The 6-2 New York Giants are the league’s most heartwarming story of the 2022 campaign. Joe Schoen’s Giants are out-producing their talent due to fantastic coaching. Head coach Brian Daboll is a leading candidate for Coach of the Year honors, but offensive coordinator Mike Kafka deserves his flowers, too.

Daboll made the sound decision to allow Kafka to call offensive plays in East Rutherford. Kafka has flashed tremendous creativity while maximizing the potential of an offense that’s been riddled by injury at the wide receiver position. The job Kafka is doing hasn’t gone unnoticed around the league.

Prior to joining Daboll in New York, Kafka did terrific work in Kansas City as the Chiefs’ quarterbacks coach and passing game coordinator (2017-21). A former NFL quarterback, Kafka has bided his time while working alongside Andy Reid and Daboll, two of the brightest minds in football. The Colts would be wise to consider Kafka.

The San Francisco 49ers own one of the league’s stingiest defenses. Defensive coordinator DeMeco Ryans is overseeing a unit that’s allowing just 18.4 points per contest. Ryans was considered an ascending candidate last season. His stock continues to soar given his defense’s current form. Ryans should finally land a head coaching job in 2023.

Colts fans may prefer an offensive-minded leader to work alongside whichever rookie quarterback is under center in 2023, but it’s worth noting that doesn’t guarantee success. After all, the Colts just fired Frank Reich, who was hired to (and failed to) install an efficient offense. Ryans is a strong-willed leader that would help reset Indianapolis’ culture, which is more important than focusing on what side of the ball he specializes in.

Ryans has developed several young 49ers defenders including breakout safety Talanoa Hufanga. A former NFL linebacker that won Defensive Rookie of the Year in 2006, Ryans went on to make two Pro Bowl appearances. His coaching career has arguably been even more impressive. Whichever team hires Ryans may get themselves a future Coach of the Year winner.

Philadelphia Eagles head coach Nick Sirianni and offensive coordinator Shane Steichen have crafted a unique and successful offense in The City of Brotherly Love. Philadelphia’s RPO-based run-heavy offense has proven its willingness to build its scheme around the specific skill set of its players. It’s a lost art that plenty of coaches can learn from. It makes Steichen a particularly intriguing candidate.

Eagles quarterback Jalen Hurts has made sizable progress under Steichen’s tutelage. The Eagles are 8-0 and Hurts is a legitimate MVP candidate. Rival executives will appreciate Steichen’s willingness to commit himself to a project. That outside admiration may extend to Indianapolis.

The struggling Colts will be in a position to draft a quarterback in the 2023 NFL Draft. C.J. Stroud, Bryce Young, and Will Levis are likely on Ballard’s radar. Hiring a coach like Steichen who has already succeeded alongside a young signal-caller could prove to be fruitful.