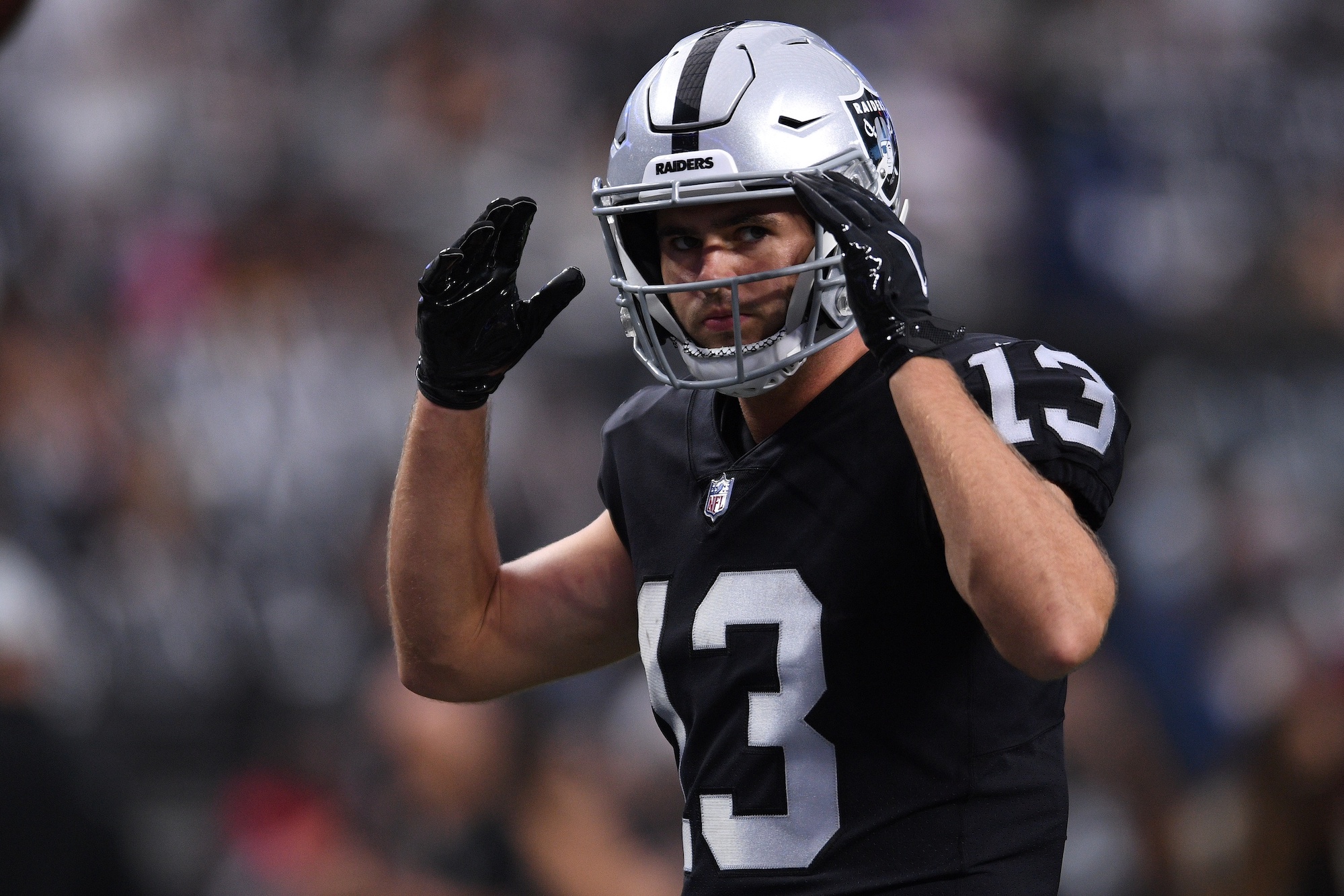 According to multiple reports, the Las Vegas Raiders signed wide receiver Hunter Renfrow to a two-year contract extension worth $32 million with $21 million in guarantees. It represents a well-earned contract for one of the more reliable slot receivers in the NFL. The contract ties Renfrow to the Raiders through the 2024 campaign.

The 149th overall selection in the 2019 NFL Draft, Renfrow was previously scheduled to enter the fourth and final year of his rookie contract in 2022. Renfrow will earn $2.540 million in 2022, which is significantly less than what his offensive production warrants. Renfrow has now landed the additional security he was seeking.

This career arc always felt awfully predictable for Renfrow. A two-time National Championship winner at Clemson, Renfrow was undervalued in the 2019 NFL Draft because he was viewed as undersized and unathletic. Renfrow measured in at 5-foot-10 and 184 pounds at the NFL Scouting Combine and ran the 40-yard dash in 4.59 seconds. What was also painfully obvious was that Renfrow was excellent at simply getting open and catching the football. Renfrow is a true route technician and 31 other franchises surely regret passing over him so many times.

There’s potential for Renfrow to continue growing in Vegas’ new-look offense. Head coach Josh McDaniels is a brilliant offensive-minded leader that consistently displayed an ability to maximize a slot receiver’s skill set while serving as the offensive coordinator in New England. McDaniels regularly did excellent work alongside Julian Edelman and Wes Welker who, like Renfrow, terrorized opposing defenders from the slot. McDaniels oversaw a total of four 1,000-plus yard single-season campaigns from Edelman and Welker in New England and should experience similar success with Renfrow.

Today’s pass-happy league has placed an increased amount of emphasis on the need to receive high-level production from the slot. Renfrow is a master of his craft. Head fakes and other nuanced details allow Renfrow to consistently sell false breaks while placing opposing cornerbacks in a blender on a snap-by-snap basis. Renfrow was simply born to play in the slot.

Renfrow’s contract extension is the latest occurrence in what’s been an extremely busy offseason for new Raiders General Manager Dave Ziegler, who continues to take care of homegrown talent.

Prior to Renfrow signing on the dotted line, Ziegler signed Carr to a three-year extension worth $121.5 million. The chemistry displayed by Renfrow and Carr shall continue for years to come. Superstar pass rusher Maxx Crosby was signed to a four-year extension worth $98.98 million. Ziegler has managed to find money for outside talents as well. Crosby will pair with fellow quarterback hunter Chandler Jones in 2022, who arrives from Arizona on a three-year, $51 million contract. Ziegler also acquired ex-Green Bay Packers receiver Davante Adams in a blockbuster trade before handing Adams a five-year, $141.25M deal, making him the highest-paid wide receiver in the NFL at the time of the signing.

We’d claim that Renfrow’s deal places an appropriate bow on Vegas’ offseason, but there’s an excellent chance Ziegler has one more piece of business to attend to before September marks its arrival. Starting tight end Darren Waller has two years remaining on an extension he originally signed in 2019. Waller is severely underpaid at just north of $6 million annually. Vegas’ pattern indicates a Waller extension may soon be completed.

The Raiders are preparing to compete for the AFC West’s division title alongside the Kansas City Chiefs, Los Angeles Chargers, and Denver Broncos. All four contenders in the division have made aggressive moves this offseason while reacting to the doings of their competitors. Renfrow’s extension represents yet another savvy piece of business by Ziegler. Renfrow will remain productive while earning every penny of his new extension that pays him $16 million annually.