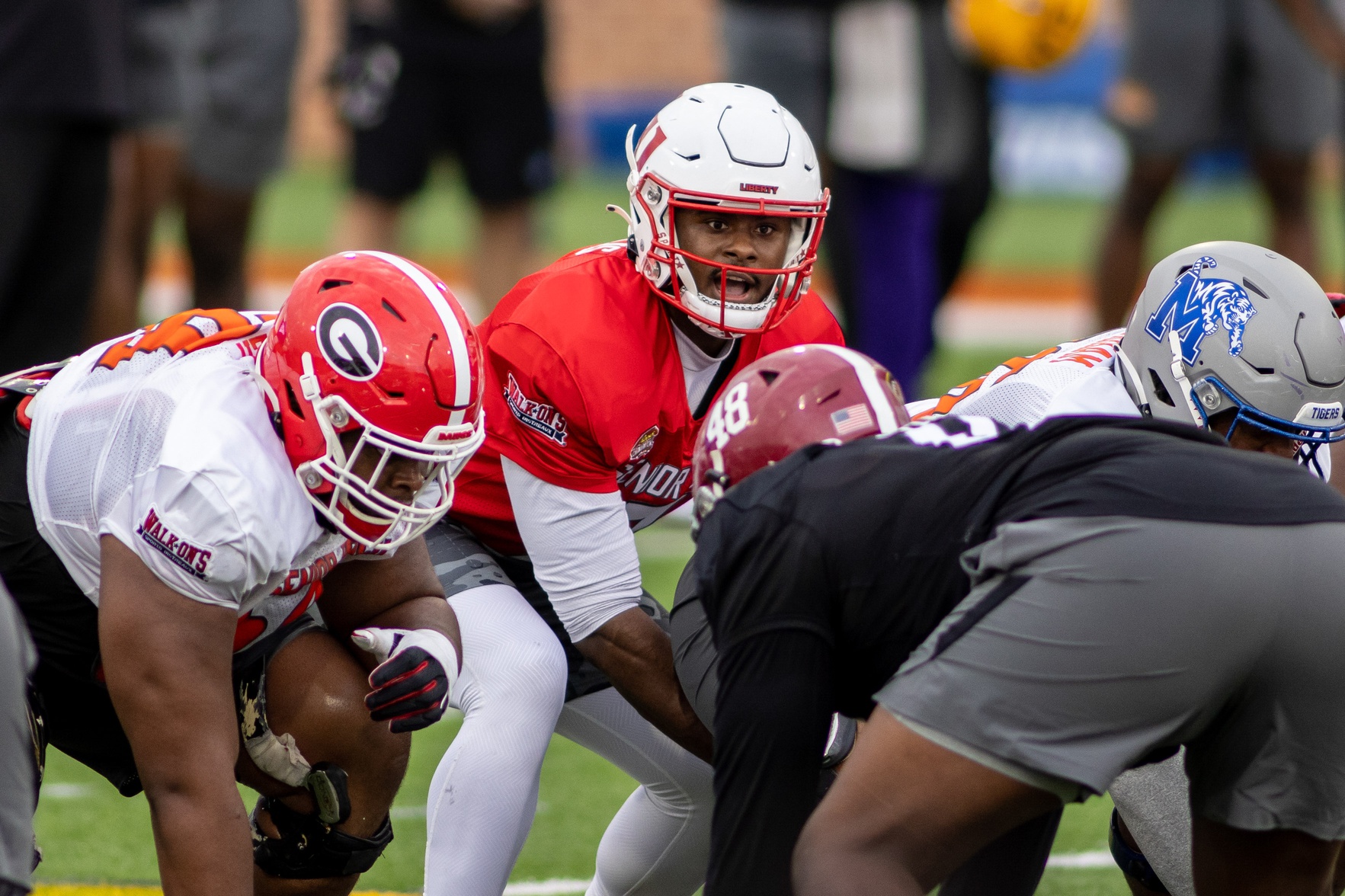 If you’ve been following draft coverage for the 2022 draft class at all—and since you’re reading this piece on The Draft Network, I assume you have been—you know that this class isn’t stacked with quarterbacks. For many teams looking to get an upgrade at their most important position, last year was the time to do so.

Not all needy teams decided to act last year, though. Add in the fact that even in relatively lackluster classes, quarterback is still the most important position, teams will undoubtedly end up drafting them early again. The question is just how early. How many quarterbacks will go in the top 10 this year?

Unsurprisingly, several of the teams within the top 10 of this year’s draft order are desperately in need of a new signal-caller. The Detroit Lions likely don’t see Jared Goff as a long-term answer, the Panthers cannot keep running out Sam Darnold if they expect to win, the Falcons will play their first season without Matt Ryan since 2008 and the Seahawks won’t have Russell Wilson under center for the first time since 2012.

Of those teams, it’s very likely that at least two of them will try to draft a quarterback.

Detroit might be the most likely to take the first quarterback off the board with the second overall pick, as our own Joe Marino said in his latest mock draft.

“There is no prospect that Detroit can pick at No. 2 that would have a greater impact on the team if they reach their ceiling than [quarterback Malik] Willis,” he wrote.

Even if the Lions want to give him a bit of time to develop, Goff is a very serviceable bridge quarterback that Detroit can roll with until Willis is ready. Drafting a quarterback here for the Lions just makes sense since they’ll have their pick of the litter.

The next quarterback needy team in the draft order just so happens to be the team most in need of an upgrade in the NFL. If nothing changes before the start of the 2022 season, the Panthers will have to trot out Sam Darnold for yet another year. With Head Coach Matt Rhule’s job on the line, that feels like an incredibly unlikely scenario. If the Lions take Willis (and even if they don’t), Pitt’s Kenny Pickett is the likely pick for Carolina. Or is he?

The Steelers and Saints are two other quarterback-needy teams lurking lower in the first round. New Orleans most likely would only trade up if Willis were still available since they’ve already signed Jameis Winston and Andy Dalton. Given the extra draft capital they just received from the Eagles, it’s likely something they’re already considering, though they may also like Pickett enough to trade ahead of the Panthers, as well. If Pittsburgh likes either of the top two quarterbacks enough, they’re another team that would look to leapfrog Carolina.

As we move closer to the draft, the narrative that the Lions will draft a quarterback second overall has gained steam. If they don’t, another team may trade up to take Willis. The Giants are a prime candidate to trade back from the fifth pick, since they already own two top 10 picks.

In all, I think we set the over/under for quarterbacks taken in the top 10 at 2.5. Willis will be a top five selection whether that’s with the Lions or a team that trades up, and Pickett might as well start packing his bags for Carolina.

The wildcard teams are the Saints and Steelers, who may trade up, and the Falcons and Seahawks, who could upgrade at quarterback or go another direction. The other teams in the top 10—Jaguars, Texans, Jets and Giants—won’t be going that direction in the first round. In l three weeks, we’ll see whether it’s the over or the under that hits.