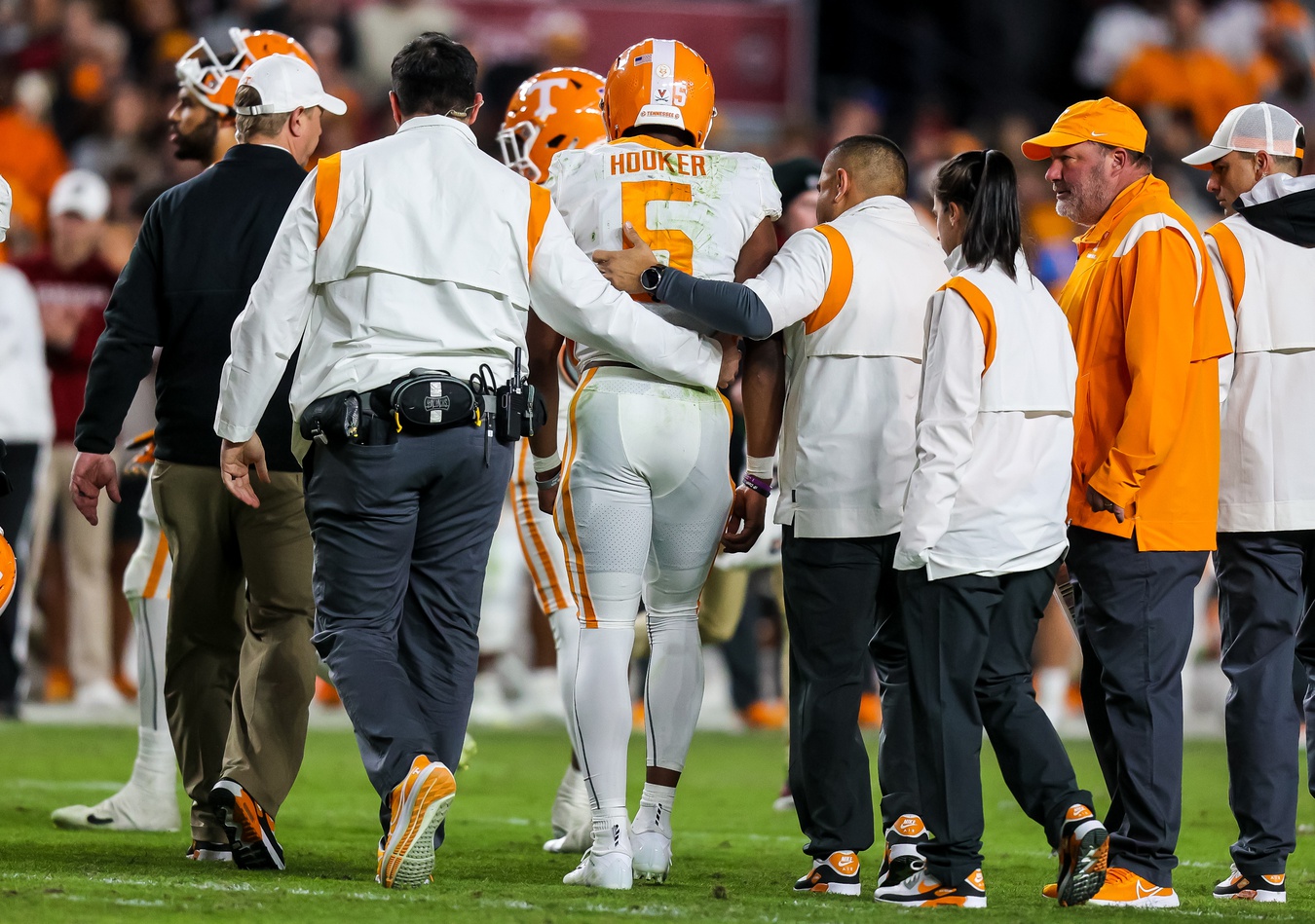 When the calendar flipped to November, things couldn’t have been going better for quarterback Hendon Hooker and the Tennessee Volunteers. The team was 8-0 with an impressive resume of wins that included scoring 52 points in a statement victory over Alabama. The Volunteers debuted at No. 1 in the initial College Football Playoff rankings and Hooker was among the leading candidates to receive the Heisman Trophy.

In the three weeks since then, Tennessee’s season got off track. Two weeks after falling 27-13 to Georgia, the Volunteers dropped a second game against South Carolina. The Gamecocks scored 63 points against the Volunteers, which is the most ever surrendered by Tennessee in an SEC game. To make things even worse, Hooker tore his ACL in the fourth quarter against South Carolina and his promising season is now over. Throwing for 3,135 yards with 27 touchdowns and just two interceptions, Hooker ranks No. 1 in the SEC and No. 9 in the country in total offense with an average of 324 per game.

What does Hooker’s injury mean for his 2023 NFL Draft valuation? It makes an already complicated evaluation even more complicated.

The first challenging layer to Hooker’s evaluation is the scheme he operates at Tennessee. When it comes to spread and tempo offenses, Tennessee takes it to the most extreme level. And while the pace and space of how the Volunteers operate offensively have them slotted at No. 1 in the country in both yards and points per game, there is very little translatability to what Hooker will be asked to do at the next level. The system feasts on manufactured spacing and very little on progression-style concepts.

Secondly, Hooker turns 25 in January. And while that is far from the kiss of death for his draft stock, it is worth noting especially because of how much of an adjustment there is going to be for him as he becomes an NFL quarterback. Considering the typical 9-12 month recovery time to return from a torn ACL, Hooker isn’t likely to be a factor during his rookie season. Given the curve ahead of him, Hooker needs a healthy offseason to acclimate and gain the necessary reps to perform at the next level. With all of that considered, Hooker could be looking at his age-26 season as his first real chance in the NFL.

The injury also robs Hooker of his chance to compete at the Senior Bowl. Showcasing himself well during the week of practice and being tasked with running an NFL offense could have been beneficial to his draft stock.

Prior to the injury, Hooker was gaining momentum as a potential early-round quarterback prospect but unfortunately, another question mark was added with the injury that elevates the existing concerns with scheme and age. An investment in Hooker comes with a willingness to be patient, something NFL teams often lack. Perhaps the silver lining is that this could prove to be beneficial for Hendon Hooker and he’ll go to a team that has the stability that can afford to give him a redshirt year.