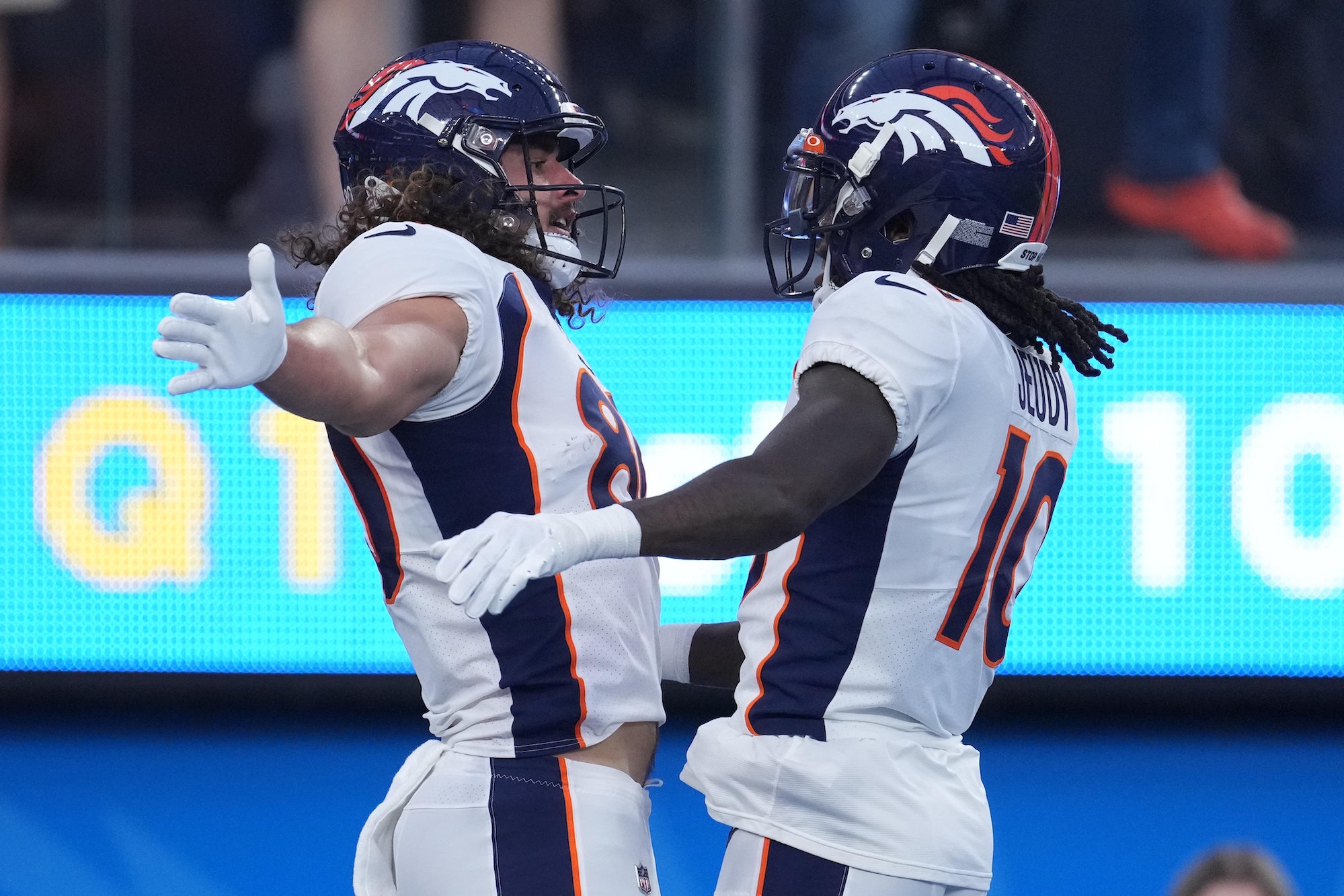 A third-round selection in April by the Denver Broncos, it hasn’t taken tight end Greg Dulcich long to assert himself at the pro stage. While the first month and a half of his rookie campaign was spent holding a clipboard on the sideline, his first trio of games in the NFL has showcased one of the more impactful first-year flex weapons in football today.

A standout at UCLA that heard his name called on day two of the draft, Dulcich was looked upon on draft night to represent the replacement of Noah Fant, who was sent to Seattle in the trade for Russell Wilson. A smooth-moving athlete whose performance at the Senior Bowl drew rave reviews from us here at TDN and evaluators across the industry, flipping on Dulcich’s tape during his time as a Bruin highlighted the traits necessary to succeed at the highest level of the game.

For a trip down to Mobile, Alabama—Senior Bowl headquarters—that was centered around tight end names like Trey McBride and Isaiah Likely, it was Dulcich who left the week raising the most eyebrows. He was powerful in the run, fluid in space, and touted the necessary burst to create after the catch—everything we’ve seen from him in a limited workload so far for Denver.

With two catches in his debut against the Los Angeles Chargers, six against the New York Jets, and four this past weekend’s win over the Jacksonville Jaguars in London, his insertion into an offense struggling for positives has provided a breath of fresh air into the lungs of the Wilson-led unit.

No, he isn’t the most dynamic athlete nor will he draw any comparisons to the unicorns of the league at his position just yet, but it’s the unteachables, the intangibles, that Dulcich does extremely well. Whether it’s sealing defenders in the run or chipping edge rushers before releasing into the flat, by no means is he to the blocking capability of fellow rookie Daniel Bellinger (Giants), but blocking is effort, and even the top tight ends in the league have to throw their body into the fray at points in the ballgame.

Now, it’s about stacking performances and continuing to build on his success as the Broncos look to remain afloat in the AFC West—and really, blossoming into one of Wilson’s top targets in the intermediate areas of the offense will remain paramount. Although success with flex weapons wasn’t a calling card of Wilson during his years with the Seattle Seahawks, the Broncos deploy four tight ends each week. Of that group, it’s Greg Dulcich who will be looked upon as the cream of the crop every Sunday.