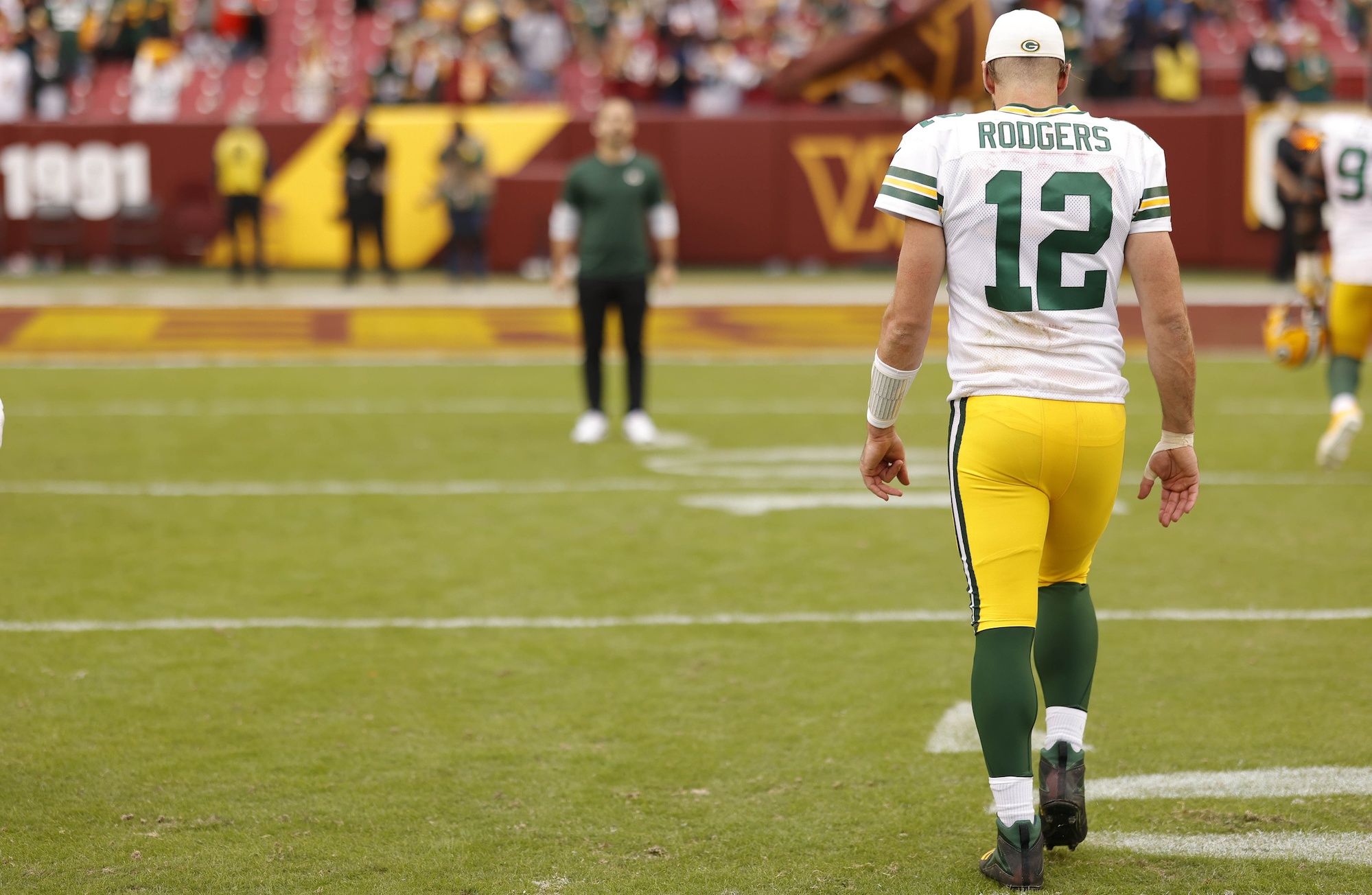 Can Packers Save Their 2022 Season?

The Green Bay Packers are in some serious trouble.

When they entered the 2022 season, the first half of the year was supposed to be the “easy” part of their schedule. They’ve come out of it with a 3-4 record that includes three straight losses to the New York Giants, New York Jets, and Washington Commanders, three teams that—on paper—don’t have as talented a roster as the Packers do.

As things currently stand, Green Bay is out of the playoff picture as they enter the “hard” part of their schedule, featuring matchups with the Buffalo Bills (who are coming off of their bye week), the Dallas Cowboys (also coming off of their bye), the Tennessee Titans, the Philadelphia Eagles, the Los Angeles Rams, the Miami Dolphins, and the Minnesota Vikings. If they don’t find a way to win more than half of those games, there’s a good chance they’ll miss the playoffs. So what’s the key to finding a way to win some of those games?

Well, like with most things in football, it boils down to their most important player: their quarterback, Aaron Rodgers. Specifically, the Packers need to figure out how to get Rodgers on the same page with his receivers, particularly the younger guys.

The miscommunication, drops, and lack of chemistry are all extremely apparent both watching their games and looking at the stats sheet. Rodgers very clearly doesn’t like throwing to his young receivers because of their inconsistency creating separation and catching the football, and his young receivers—perhaps as a result of that?—have not been on the same page with their quarterback.

One play, in particular, exemplified the clear miscommunication between Rodgers and rookie Romeo Doubs. On the first play of a new drive for Green Bay against Washington on Sunday, Doubs found himself wide open over the middle of the field after a play-action rollout from Rodgers. Busted coverage by the Commanders meant that the entire right side of the field, the direction of the rollout, was especially open. Rodgers thought that meant Doubs would continue running that way toward green grass and a sure touchdown. Doubs didn’t make an adjustment from his designed route until the ball was in the air and the pass fell incomplete.

Play doesn't count anyway but it LOOKS like a throw Rodgers misses by a lot. Romeo Doubs has geared down to make himself available to Rodgers on the scramble drill and Rodgers throws it vertically.

So it's either a bad throw or they're not on the same page on the scramble drill pic.twitter.com/INP0Quc7f9

Those adjustments from the receiver and the ability to stay on the same page as Rodgers are things that the quarterback used to have when Davante Adams was still around. Adams didn’t do things by the book the way young receivers like Doubs did because he and Rodgers knew how to team up and take advantage of every little slip-up by opposing defenses.

That play was just one example, but the lack of trust-building between Rodgers and his young receivers has been a problem all season. With that being the case, Rodgers deserves a lot of the blame. Rather than acknowledging that it was his responsibility to build a relationship with his young new receivers so that they’d be on the same page once the season began, Rodgers skipped OTAs in the offseason. There obviously has been plenty of time since then to work on connecting, but the results indicate that none of that has happened.

Sometimes bullying works too well and your QB starts throwing to his checkdown TOO much when he has his WR running free underneath (as the play is designed) pic.twitter.com/1dWgd5eQWU

Another issue is the personnel the Packers have been working with. If Rodgers isn’t going to throw to his young receivers, even if they’re wide open, because he doesn’t trust them to make the catch, why are those young receivers seeing a majority of snaps? Green Bay simply needs to do a better job of playing to their strengths in the run game as the passing game works out its kinks. That can’t happen if their best playmakers are hardly on the field.

Doubs, the young receiver still making mistakes and trying to build trust with a frustrated Rodgers, was on the field for 48 offensive plays on Sunday, 89% of all snaps. A.J. Dillon, a formidable weapon as a rusher and even pass-catcher, was on the field for 16 snaps on offense, one-third of how many Doubs got.

Speaking of personnel, the offensive line has also been an issue. The Packers have been switching things up all year on the line, and Sunday brought a continuation of the same thing. Before the season, they moved Elgton Jenkins from left guard—where he was a Pro Bowler in 2020—to right tackle. He started five games at right tackle before moving back to left guard against Washington, moving Yosh Nijman into the right tackle spot. Then left tackle David Bakhtiari said his knee didn’t feel right, so rookie Zach Tom was thrust into the starting left tackle position just 90 minutes before game time.

With so much chaos with all of the movement and shifting around on the offensive line along with Bakhtiari’s injury, it’s no surprise that they’ve been struggling as a unit. Figuring out the offensive line is another issue LaFleur and the Packers must address to improve their offensive output and right the ship for the season.

Things clearly aren’t working in Green Bay the way that the team and head coach Matt LaFleur has hoped. Something has to change before it’s too late for the Packers to recover their season. Figuring out how to get Rodgers and his young receivers on the same page (especially if Allen Lazard misses time), giving more snaps to other offensive weapons, and/or figuring out the O-line once is up to LaFleur.