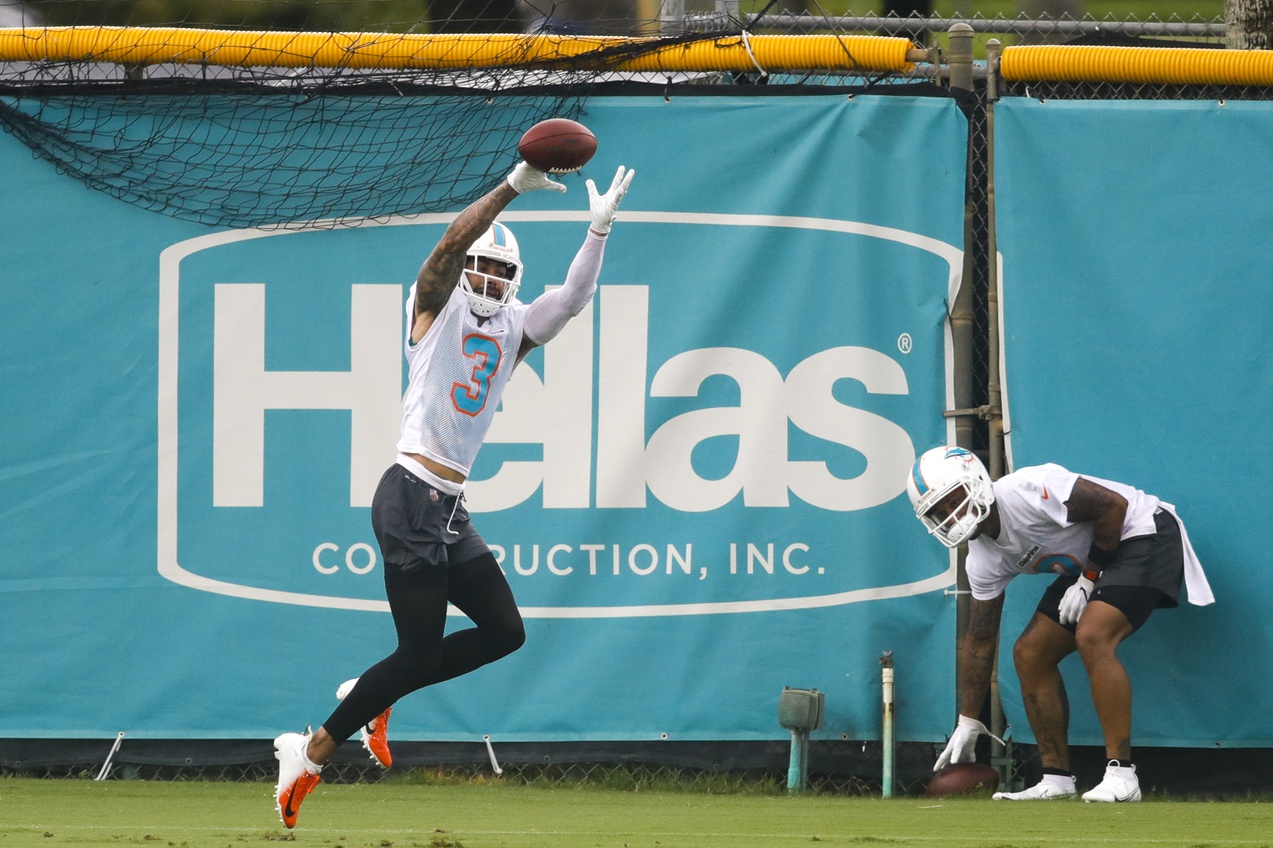 The Green Bay Packers have a need for speed at the wide receiver position and Head Coach Matt LaFleur made his desire to identify and acquire a deep vertical threat public while speaking with members of the media on Tuesday.

“We need a legit guy that can take the top off the coverage,” LaFleur said.

The Packers have experienced an abundance of change at the receiver position this offseason. The shocking blockbuster trade that sent Davante Adams to the Las Vegas Raiders left the Packers’ offense without a true and obvious dominant pass-catcher. Marquez Valdes-Scantling later signed a three-year, $30 million contract with the Kansas City Chiefs in hopes of filling a void left behind Tyreek Hill’s untimely departure.

Valdes-Scantling is a deep-ball expert that had a ton of chemistry with franchise quarterback Aaron Rodgers and it’s more-so his departure that leaves Green Bay’s pass-catching corps without the preferred deep threat at the position. Receivers like Randall Cobb and Amari Rodgers aren’t those types of players, and the Packers must now diversify their pass-catching room. Packers General Manager Brian Gutekunst now finds himself in the third wave of free agency and plenty of game-changing receivers are still available via the open market.

The most obvious and straightforward target is Will Fuller. An elite vertical receiver that consistently gets behind opposing secondaries (when healthy) with ease, Fuller is the league’s prototypical deep threat. Fuller was expected to reunite with Deshaun Watson in Cleveland but it appears his options remain open. The Packers previously flirted with the idea of acquiring Fuller ahead of 2020’s trade deadline, but discussions with the Houston Texans ultimately fell through. Gutekunst now possesses a rare second opportunity to add Fuller on a low-cost prove-it deal without having to part with draft capital in order to secure his services. The Packers should pounce on the opportunity.

Fuller does come with an unfortunate injury risk, but his next contract will likely reflect that. Fuller signed a one-year contract worth $10.6 million with the Miami Dolphins ahead of the 2021 campaign but multiple injuries, including a broken thumb suffered in Week 4, ultimately limited Fuller to just two appearances and 26 receiving yards so Fuller’s next contract is likely to pay him far less than what he netted from the Dolphins in free agency a year ago. Banking on his health is always a gamble but the low-cost nature of his impending deal makes Fuller worth the risk for a Packers team that must get aggressive in pursuit of improvement.

DeSean Jackson has been THE premier deep threat throughout his illustrious NFL career. From his electric debut with the Philadelphia Eagles to effective tenures with the Washington Commanders and Tampa Bay Buccaneers, Jackson has consistently made an impact on whatever offense he has been on. His skill set has surprisingly aged rather tremendously, too. The 35-year-old Jackson split the 2021 campaign between the Los Angeles Rams and Las Vegas Raiders while accumulating a respectable 454 receiving yards along the way. Jackson has expectedly lost a step due to his advancing age but his healthy average of 22.7 receiving yards per reception in 2021 proves he’s still capable of effectively playing a deep threat role.

Jackson remains an unrestricted free agent at this juncture, but has expressed interest in returning to the league for a 15th season in 2022. Signing Jackson shouldn’t cost more than roughly $2.5 million annually so the affordable price tag means the Packers could do a lot worse than signing Jackson in a move that would immediately make him their designated deep threat.

A Georgia State legend (he still holds several all-time records at the program) that went undrafted in 2014, Albert Wilson has carved out a respectable role for himself while occasionally showing flashes of big-time ability. Wilson initially broke into the league with the Kansas City Chiefs, where he spent the first four years of his career. Wilson enjoyed his most fruitful campaign in 2017 by recording 42 receptions for 554 receiving yards and three touchdowns.

Wilson parlayed that success into a three-year, $24 million contract with the Miami Dolphins in free agency,  but recurring injuries unfortunately hampered that tenure. Wilson returned to the Dolphins in 2021 on a one-year deal worth a reasonable $3 million after opting out of the 2020 campaign due to the pandemic. He now finds himself on the open market with a return to Miami unlikely. Wilson isn’t the deep ball vertical threat that Fuller and Jackson are, but he possesses plenty of in-game breakaway speed that helps him create additional yardage for himself after the catch. The Packers currently lack that type of receiver.