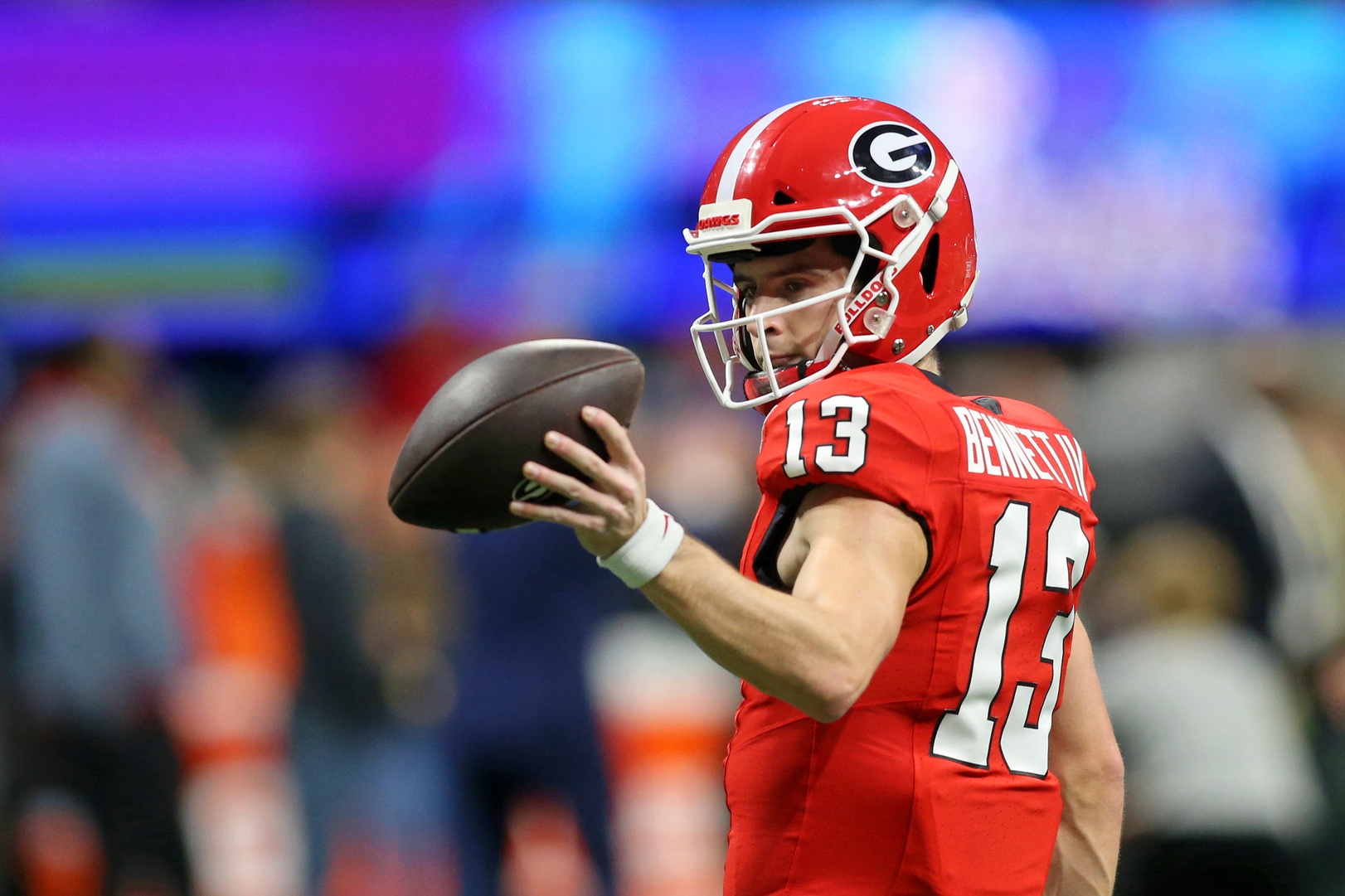 Giants 7-Round Mock Draft 2023: Rebuild Not Yet Complete

Of all the teams in the NFL who outperformed their preseason expectations this season, the New York Giants may be at the very top of the list. With one of the worst rosters in the NFL, new head coach Brian Daboll led the team to their first playoff appearance in six years and their first playoff win since winning Super Bowl XLVI after the 2011 season.

Though it was an impressive season, the Giants still have a ways to go before their roster is good enough to contend for a title. New York also has some big decisions to make this offseason with quarterback Daniel Jones and running back Saquon Barkley—two of the most important players on the roster this season—set to hit free agency. The good news is that they’re projected to have some of the most cap space of any team this offseason and on top of that, they have nine draft picks and are projected to get two more in the form of compensatory picks.

Running with the assumption that both Jones and Barkley return, here’s what the 2023 NFL Draft might look like for the team under second-year general manager Joe Schoen.

The Giants badly need a No. 1 wide receiver for their quarterback. Receiver Kenny Golladay has been well-documented as a bust of a free-agent signing, Sterling Shepard has had a long history of lower-body injuries, Darius Slayton had a bounce-back season but is still inconsistent, and unexpected receiving corps savior Isaiah Hodgins wasn’t on the team until November. With Rice, the Giants would get a 6-foot-2, 206-pound dynamic receiver with plenty of speed and acceleration, fantastic ball skills, tons of yards-after-catch upside, and the alpha mentality to win from the slot and outside as a pass-catcher and a blocker. Rice immediately could be that WR1 piece that New York was missing in 2022.

If not having a lead receiver wasn’t enough, the Giants were also in need of a quality cornerback able to defend against other teams’ lead receivers after releasing James Bradberry to free up cap space. Though Williams will likely start next year on the PUP list after suffering a season-ending ACL injury in October, he has the potential to be a big addition to New York’s secondary when he returns. He’s a physical and aggressive defender, not only in his ability to disrupt passes at the catch point but also in his potential to help out in run support. Williams is great in zone coverage and has the potential to excel in press coverage at the next level, things that could make him a fantastic complement to Adoree’ Jackson across the field.

On top of the lack of receiving help for Jones, the Giants’ interior offensive line was one of the worst in the NFL this year. With Wypler, New York would get one of the best centers in this class. He’s an excellent blocker thanks to his understanding of angles, which helps him stay effective as a pass blocker and gives him a strong ability to reach defenders on long pulls and climb to the second level in the run game. Wypler is very consistent, especially in his pass sets, so he has the potential to be a big upgrade as an interior blocker in front of Jones.

If you watched the Giants’ run defense get obliterated by the Philadelphia Eagles in the divisional round, then you know that New York is in desperate need of better run-defending linebackers. Enter Campbell, a linebacker with an old-fashioned frame: 6-foot-5 and 243 pounds. He was a great second-level defender in college thanks to his ability to fit gaps against the run and make tackles consistently. Campbell has some development to do at the next level as far as block deconstruction and navigation through traffic, but he has the chance to be a massive upgrade to the Giants’ run defense.

New York spent the last couple of years upgrading their pass-rush with Kayvon Thibodeaux in the first round of the 2022 NFL Draft and Azeez Ojulari in the second round a year prior. At 6-foot-7 and 260 pounds with stand-out speed, Carter has the height/weight/speed makeup of a phenomenally athletic player at his position. That said, he’s still a bit raw. Carter wouldn’t have the pressure to start immediately for the Giants with Thibodeaux and Ojulari in front of him and with some extra pass-rushing development at the NFL level, could wind up being a total steal for New York this late in the draft when we look back a couple of years from now.

In addition to center, the Giants could really use an upgrade at both of their guard spots. That’s what they decide to do here in the fifth round, taking Ekiyor, a guard with over 40 career games of experience at Alabama. He’s super reliable with a physical playstyle that plays in both run and pass-blocking situations. Ekiyor could be a starter early in his career with just a bit of development, which could make him another steal this late and would help the Giants’ interior offensive line.

New York could really use all the help it could get at the linebacker spot. Jones may not have the best frame for the position but still plays with all of the physicality, competitiveness, and leadership you’d hope for from a linebacker. He’s had a good track record of forcing fumbles as well but can be vulnerable in coverage, so he projects better as an additional rusher on passing downs. His ceiling might be limited as a pure linebacker but adds depth to the position and could play a core special teams role at the very least, something the Giants could also use.

This late in the draft, it’s a good time to start doubling up on the biggest positions of need. Wayne, the great-nephew of Reggie Wayne, was one of the most prolific receivers in South Alabama history. He’s a great route-runner with long arms, good size, and impressive speed as well as upside as a run blocker on the outside.

It’s “take-a-flier” time! We’re still assuming Jones is back in a Giants uniform for at least next year in this mock, but further down the road, who knows? Bennett just won back-to-back National Championships at Georgia and could be a developmental quarterback prospect for the Giants. Even if he doesn’t ever start for New York, he could be a more than solid backup option thanks to his mobility, efficiency, and ability to keep the ball out of harm’s way.

Garner is a great zone defender thanks to his instincts and high football IQ. He can also use his good size and length to make plays on 50/50 balls. He needs some work in press-man coverage but adds depth and a potential upgrade to the secondary with some additional development at the pro level.

Though we’re also assuming Barkley is back for at least next year, backup running back Matt Breida is also playing on an expiring contract, so the Giants could use some additional depth at the position. Peoples has good power as a rusher and in pass protection as well as great burst that kicks in when he hits the open field. The Appalachian State product could be a rotational back that keeps Barkley fresh after he put up a career-high in touches in 2022.