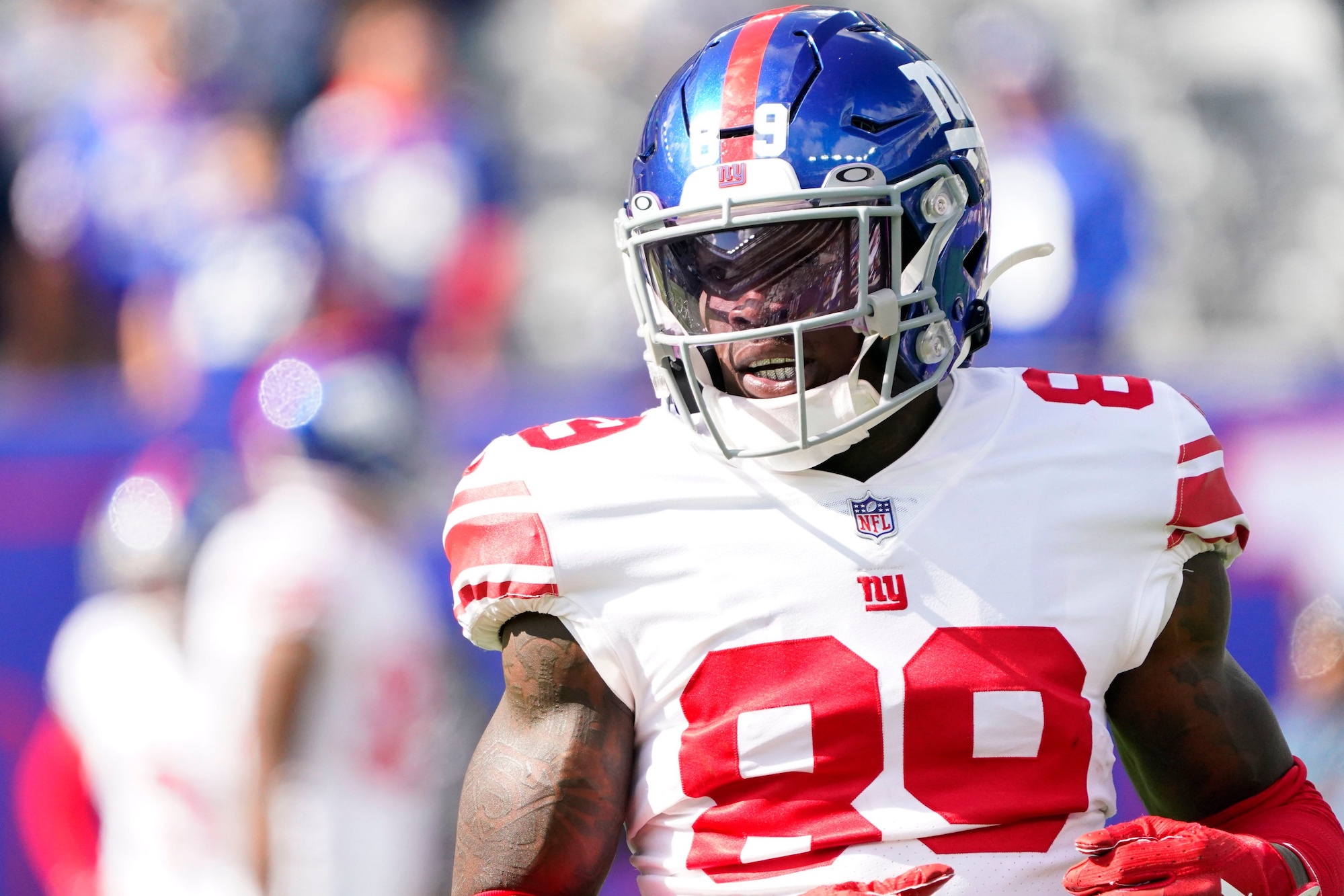 Looking Back At Giants, Bears Trade From 2021 NFL Draft

During the 2021 NFL Draft, the Chicago Bears and New York Giants agreed on a trade. The Bears moved up nine spots from No. 20 to No. 11 to secure their young potential franchise quarterback, Justin Fields, in a move between two franchises that will impact them for years to come.

Here are the details of the trade between both teams. The Bears sent their 2021 first (No. 20) and a fifth-round pick, in addition to their 2022 first and fourth-round picks. The Giants used those picks to address multiple needs on their roster over the next two drafts. The Giants were rumored to have eyes on wide receiver DeVonta Smith from Alabama with their original pick in 2021. Of course, being out of reach for a top-three wide receiver prospect after the trade-back did not eliminate the Giants’ need at the position. They used the N0. 20 pick on wide receiver Kadarius Toney.

This selection left fans scratching their proverbial heads. Toney saw action for the Giants in 10 of the eligible 17 games as a rookie. He caught 39 of 53 targets for 420 yards and 0 touchdowns. This season, he saw action in two games with 0 yards. Things did not seem to mesh well between the Giants’ new staff and Toney, making his trade to Kansas City Chiefs understandable. This front office began shopping him this past April.

In addition to picking Toney, the Giants used one of the picks from the Bears to move up to draft cornerback Aaron Robinson out of Central Florida. He has been solid early in his career but has yet to play a high number of snaps to properly gauge.

The Giants used that 2022 first-round pick to select offensive tackle Evan Neal to bolster this offensive line and protect Daniel Jones. Neal was a little up and down to start but began to find his footing. This pick gave them stability on both ends of the offensive line. Daniel Bellinger was selected with the fourth-round pick received from the Bears. Entering the draft cycle, he was labeled as the draft’s best “blocking” tight end. This has been a much-needed element given the resurgence of a healthy Saquon Barkley.

The jury is still out on the Giants’ end of this deal. The worst part is drafting Toney with a premium pick just to trade him midway through the following season. Can Bellinger become a viable option in coach Brian Daboll’s passing offense? That remains to be seen but hopefully.

The start of Fields’ career has been rough, to say the least. He is operating his second offensive system in two seasons with a lackluster supporting cast and a young, growing offensive line. It has not been sunshine and rainbows in the windy city. There is a long way to go before the story of either trade is fully written.

Typically, fans want to know who has won a trade, but it takes a few seasons to figure that out. This case is no different, as both teams have something from the trade to hang their hats on and be happy about.