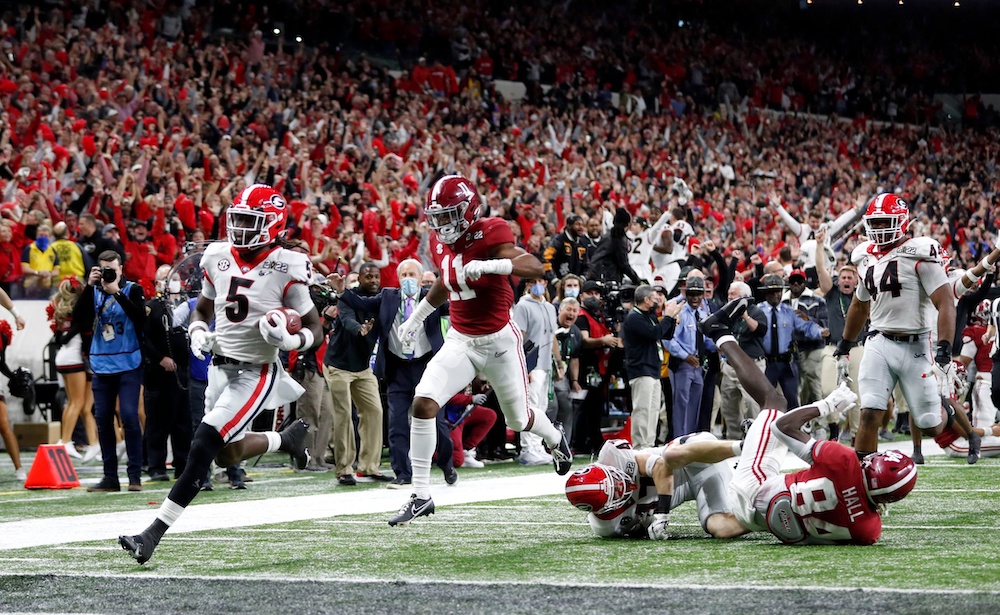 At the end of April, the Georgia Bulldogs saw 15 prospects drafted to the NFL. The wild part is that there is more defensive talent on campus for NFL scouts to salivate over. What’s more, is that talent comes at a position the NFL keeps in high regard: cornerback. Specifically, Kelee Ringo.

We saw seven cornerbacks drafted in rounds one and two, with two in the top-five selections. This is a passing league and high-quality cornerbacks remain a premium. As we progress toward the 2022-2023 college season, the next group of potential prospects is being studied with their play being held under a microscope.

The potential of next year’s cornerback class is glowing. There will be strong competition throughout the season as prospects jostle on draft boards and rankings, with Alabama’s Eli Ricks, Stanford’s Kyu Blu Kelly and the Bulldogs’ Kelee Ringo all vying for the top spot.

Ricks has been viewed as the top cover man heading into the summer and I agreed… until I took a deeper look at Ringo. Is he the biggest threat to Ricks for the top cornerback title? Short answer: yes.

Ringo and Ricks excel in different ways. Ricks projects better as a zone corner to bait quarterbacks into throws for him to make a play. Ringo is a press-man corner through and through. Listed at 6-foot-2 and 205 pounds, Ringo is an explosive athlete with 4.30 speed and his size and length allow him to cover multiple wide receiver archetypes.

Ringo can turn and run with the majority of the receivers he faces, even 2022 first-round pick Jameson Williams to an extent. His press versatility creates the ability to adapt to the presented matchup and he can press with physicality to cap routes, quickly deterring the quarterback from targeting the receiver. Also, he uses a soft press to mirror and match the receiver’s movements with patience.

In addition to his coverage ability, Ringo is not a stationary cornerback. He moves depending on the task from the coaching staff. He aligns outside on both sides of the formation and inside as the nickel, and cornerbacks that can follow their assignments across the formation are always coveted.

Ringo combines the physical and athletic profile NFL teams desire for their number one cornerback. The first-year starter has room to grow and the stage is set for him to have a great season, therefore leapfrogging the competition to the top.