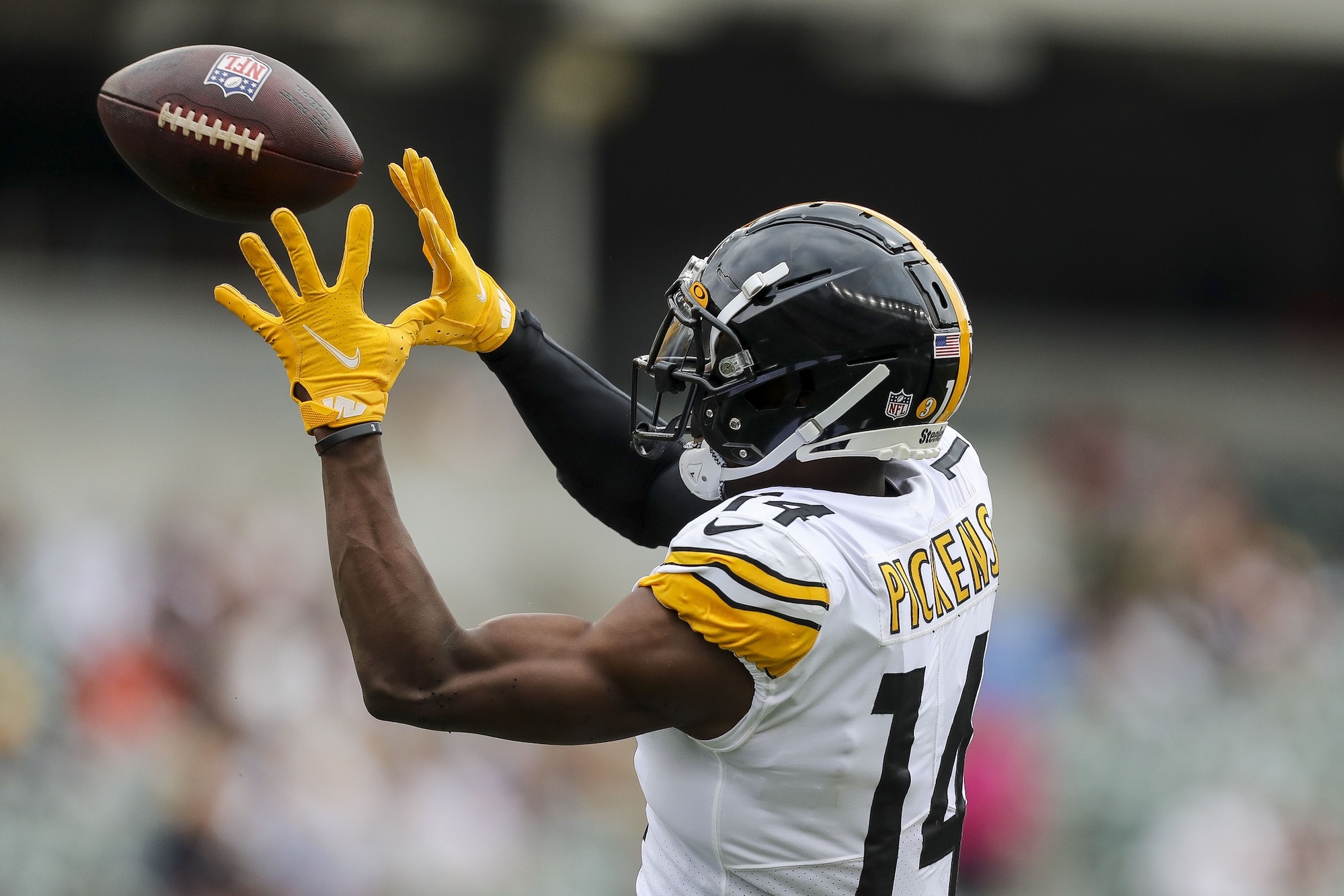 The Pittsburgh Steelers have fielded one of the league’s worst passing attacks through two contests. The Steelers are averaging 172.0 passing yards per game. Only four teams are averaging less, and two of them (the Chicago Bears and San Francisco 49ers) played each other in a wet, rainy monsoon in Week 1. Starting quarterback Mitch Trubisky ranks 29th in passing yards with just 362. Trubisky has thrown two touchdowns or one per game. Part of Pittsburgh’s struggles through the air could be rectified by utilizing rookie wide receiver George Pickens more appropriately.

Pickens has recorded just two receptions for 26 yards on six targets. Pickens has run 62 routes with vertical releases (mostly go routes or end zone fades) out of 74 total routes and 92 total snaps, via The Athletic. He’s largely served as a decoy in Pittsburgh’s struggling offense. Pickens noted the missed opportunities against the New England Patriots in Week 2.

Offensive coordinator Matt Canada must find a way to get Pickens more involved. Using him in this manner doesn’t suit his skill set. At Georgia, Pickens won vertically down the field with the desired consistency and routinely produced clutch, explosive plays. Those are the types of plays Pittsburgh’s passing offense is yet to produce. The Steelers have completed just five passes for 20-plus yards.

Part of getting Pickens more involved also depends on the in-the-works chemistry between Trubisky and Pickens. The sample size is impossibly small, but Pickens owns a 47.9 passer rating when targeted, via Pro Football Focus. Trubisky and Pickens aren’t yet on the same page.

Steelers general manager Omar Khan drafted Pickens with the No. 52 overall selection in the 2022 NFL Draft to help repatch Pittsburgh’s broken offense. No rookie receiver arguably showcased more dynamic ability than Pickens did throughout training camp and the preseason. The Steelers should force more targets his way. It hasn’t materialized that way thus far.

Thursday’s divisional contest against the Cleveland Browns will present the Steelers with another opportunity to make Pickens a larger part of their offensive approach. Cleveland’s passing defense has struggled despite rostering Denzel Ward and Greg Newsome II at cornerback. The Browns are currently allowing the opposition to throw for 258.0 passing yards per contest.

Pickens won’t receive special attention from Cleveland’s standout cover-men. The Browns have played Cover 2 on approximately 35.9% of coverage snaps, via ESPN Stats & Information. Pickens should be able to aggressively challenge Cleveland’s zone coverage tendencies. Canada, who entered the season on the hot seat, would be wise to take advantage.