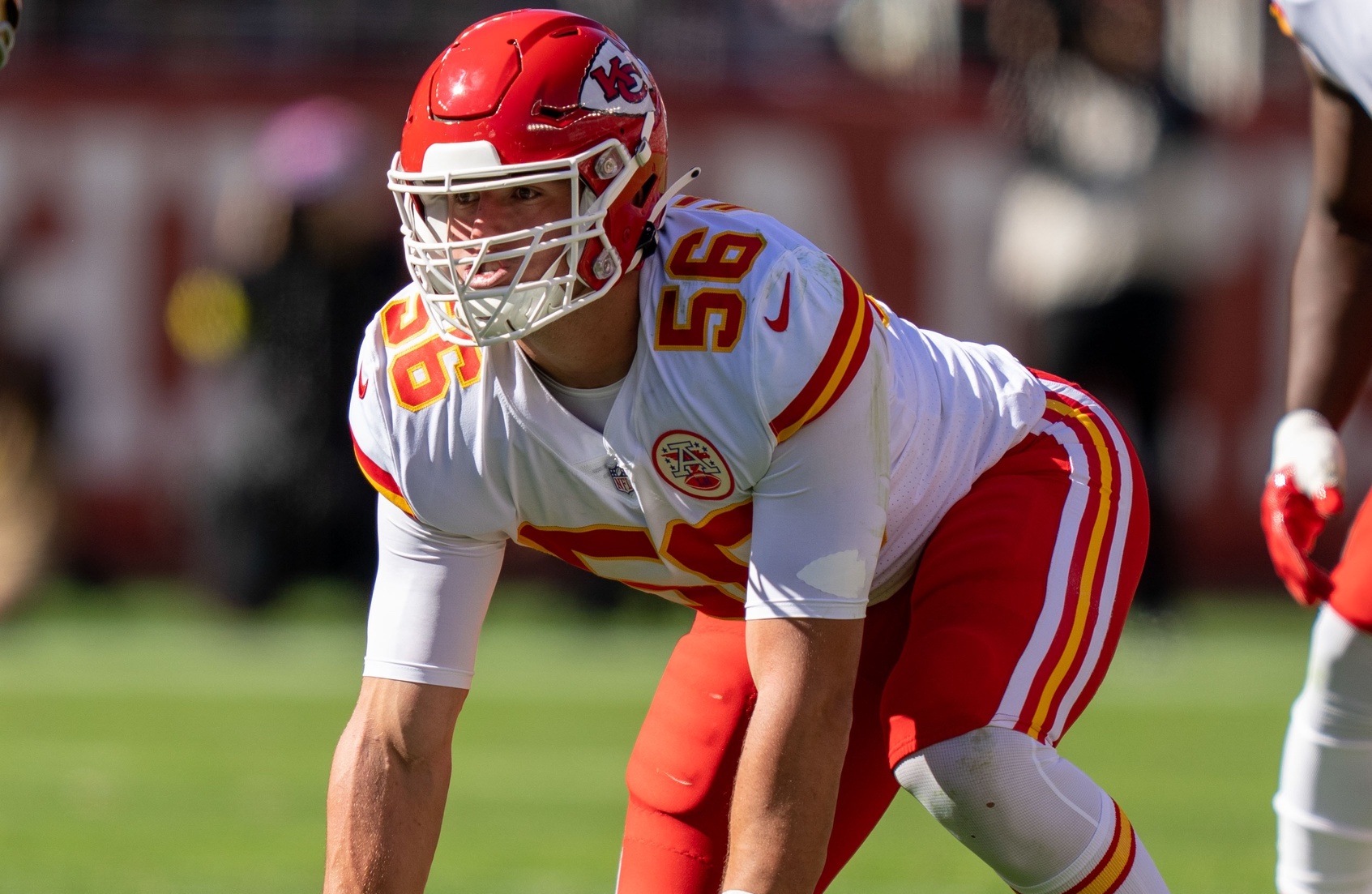 The Kansas City Chiefs claimed a 34-28 victory over their AFC West rival Denver Broncos on Sunday with Steve Spagnuolo’s defense racking up six sacks. Chiefs rookie EDGE George Karlaftis recorded one of those sacks in Sunday’s divisional win. Karlaftis is developing into a more consistent pass rusher right before our eyes.

The No. 30 overall selection in the 2022 NFL Draft, Karlaftis is on quite the streak. Karlaftis has recorded at least one sack in three consecutive contests. Karlaftis has totaled 3.5 quarterback takedowns this season. The former Purdue standout is unlocking his best form at the opportune moment.

Karlaftis now ranks fourth on the team in sacks. He trails just Chris Jones (11), Carlos Dunlap (4), and Frank Clark (4). The Chiefs have totaled 42 sacks this season. They’re the third-ranked unit in that department, trailing just the Philadelphia Eagles (49) and Dallas Cowboys (48). The Chiefs are rushing opposing passers by committee and Karlaftis is playing a huge role in their success.

Karlaftis’ sack totals don’t tell the complete story, however. Karlaftis has also recorded 37 total pressures, 29 hurries, and four quarterback hits, per Pro Football Focus. He’s begun finishing these plays with better efficiency as of late, but Karlaftis has lived in the opponent’s backfield all season long.

Karlaftis’ 37 pressures rank second among all eligible rookie pass rushers. He trails just Aidan Hutchinson (39), who was selected 28 overall picks (No. 2) before Karlaftis. He’s recorded more pressures than Travon Walker (31) and Kayvon Thibodeaux (36), both of whom were drafted ahead of Karlaftis. Chiefs general manager Brett Veach has to be thrilled with Karlaftis’ first-year output.

In addition to his pass-rushing numbers, Karlaftis has recorded 25 total tackles, 11 stops, and five passes defended. His ability to clog throwing lanes has been especially impressive. Karlaftis is making plays all over the field.

Karlaftis is thriving no matter the workload he’s been asked to shoulder. Karlaftis played 44 snaps in the win over Denver. In Week 10, Karlaftis played a larger role via 51 snaps, which represented 80% of the Chiefs’ defensive plays. Spagnuolo dialed Karlaftis back in the weeks that followed by playing him on 36 and 37 snaps respectively, which accounted for less than 70% of Kansas City’s total defensive snaps. In Week 13, that number was downgraded to 46%. Karlaftis has totaled 586 snaps throughout his rookie campaign, 370 of which have been of the pass-rushing variety.

Karlaftis was viewed as the draft’s premier power pass rusher. He pairs an explosive get-off with the hand power and refinement necessary to shed would-be blockers. Karlaftis’ motor also allows him to finish players other pass rushers can’t. We’re beginning to witness Karlaftis’ traits translate to success on Sundays.

Veach received excellent value when he drafted George Karlaftis with the 30th overall pick. With four regular-season contests remaining, Karlaftis is proving capable of becoming a real weapon for Kansas City’s defense down the stretch. The Chiefs are postseason bound. Karlaftis is going to make difference-making plays in January and possibly February.