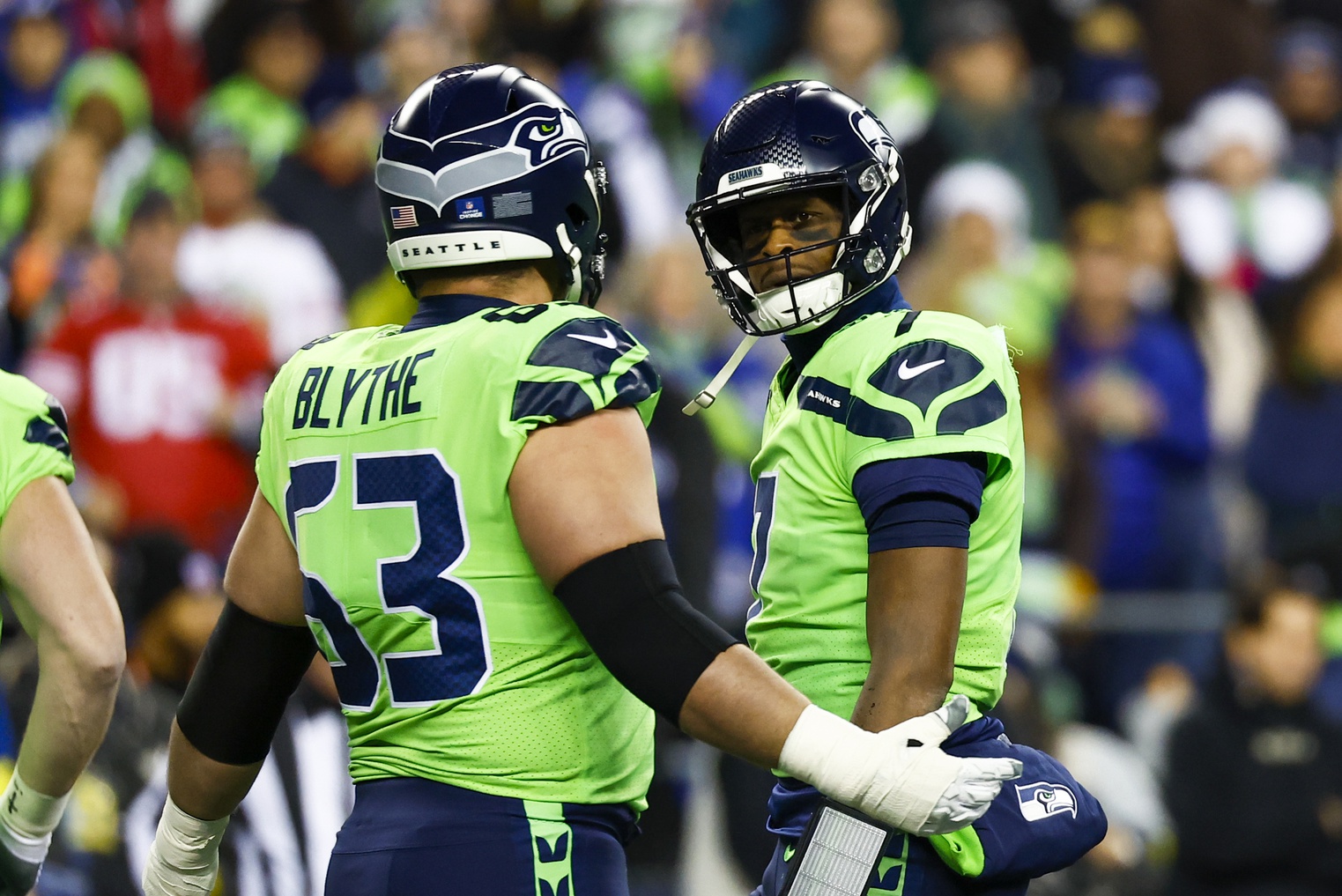 Is Geno Smith Still The NFL Comeback Player of the Year?

The Seattle Seahawks were defeated 21-13 by the San Francisco 49ers on Thursday Night Football. The loss drops the Seahawks to 7-7 and they’re now chasing a wild-card spot in the NFC as opposed to controlling their own destiny. Starting quarterback Geno Smith struggled against the 49ers’ fierce defense. Smith completed 31-of-44 passing attempts for 238 yards, one touchdown, and zero interceptions. Smith averaged a season-low 5.4 yards per passing attempt and was sacked on three occasions.

Once considered a shoo-in for Comeback Player of the Year honors, Smith’s standing as the league’s most heartwarming story is now in doubt.

The Seahawks are reeling, having lost four of their last five contests. Prior to this less-than-desirable stretch, Pete Carroll’s Seahawks owned a record of 6-3 and appeared postseason bound. Smith has thrown four interceptions throughout those five outings while overseeing an inconsistent offense that’s been held to 16 or fewer points on two occasions.

Smith remains the slight favorite to win Comeback Player of the Year, but his contenders are beginning to close the gap. The most logical No. 1 contender is 49ers running back Christian McCaffrey, who thrived on Thursday in front of a national audience while Smith fell flat. The league’s premier dual-threat back, McCaffrey has already totaled 1,550 yards of offense in 14 regular-season appearances this season. McCaffrey has surpassed 100-plus yards in three consecutive showings.

McCaffrey is eligible for the CPOTY award because ankle and hamstring injuries limited him to seven appearances last season. McCaffrey and the 49ers clinched the NFC West division title on Thursday despite being down to their third quarterback, a day-three rookie in Brock Purdy. San Francisco’s regular-season success has McCaffrey closing in on Smith.

McCaffrey isn’t Smith’s lone contender, although he’s the most logical choice. Don’t sleep on Detroit Lions quarterback Jared Goff. The surging 6-7 Lions have reigned victorious in five of their last six games and Goff is at the forefront of their offensive success. Detroit’s high-octane offense is scoring 26.8 points per contest. They’re the fifth-ranked unit in that department.

Goff is making a strong late-season push to capture individual hardware. Goff has thrown seven touchdowns in his previous three appearances. The former Cal standout hasn’t thrown an interception since Week 9. Once considered a foregone conclusion, some are even questioning if the Lions should pass on an opportunity to draft a quarterback in the 2023 NFL Draft. If Detroit rides Goff’s current form to a postseason berth, the former Los Angeles Rams quarterback will appear on the Comeback Player of the Year award ballot—maybe even ahead of Smith.

There’s also New York Giants running back Saquon Barkley to consider. Barkley currently ranks fourth across the league in rushing with 1,083 yards. The former Penn State product is currently on track to accumulate a career-high 1,416 yards, surpassing the 1,307-yard mark he set as a rookie in 2018. It’s worth acknowledging that Barkley’s Giants are in a similar position to Smith’s Seahawks, however. The 7-5-1 Giants are barely hanging onto the conference’s seventh and final wild-card spot. The Giants have dropped three of four with the lone exception being a tie with their arch-rival Washington Commanders. Brian Daboll’s Giants haven’t claimed victory since an eight-point win over the pathetic Houston Texans in Week 10.

Smith still qualifies as one of the league’s most heartwarming success stories of the 2022 campaign, but the shine has worn off him and the Cinderella Seahawks a bit. Impending contract negotiations still loom large for Smith, who appears primed to land a massive payday in Seattle or elsewhere as an unrestricted free agent. A Comeback Player of the Year honor would aid Smith’s representation in negotiations, but it’s no longer considered a sure thing.