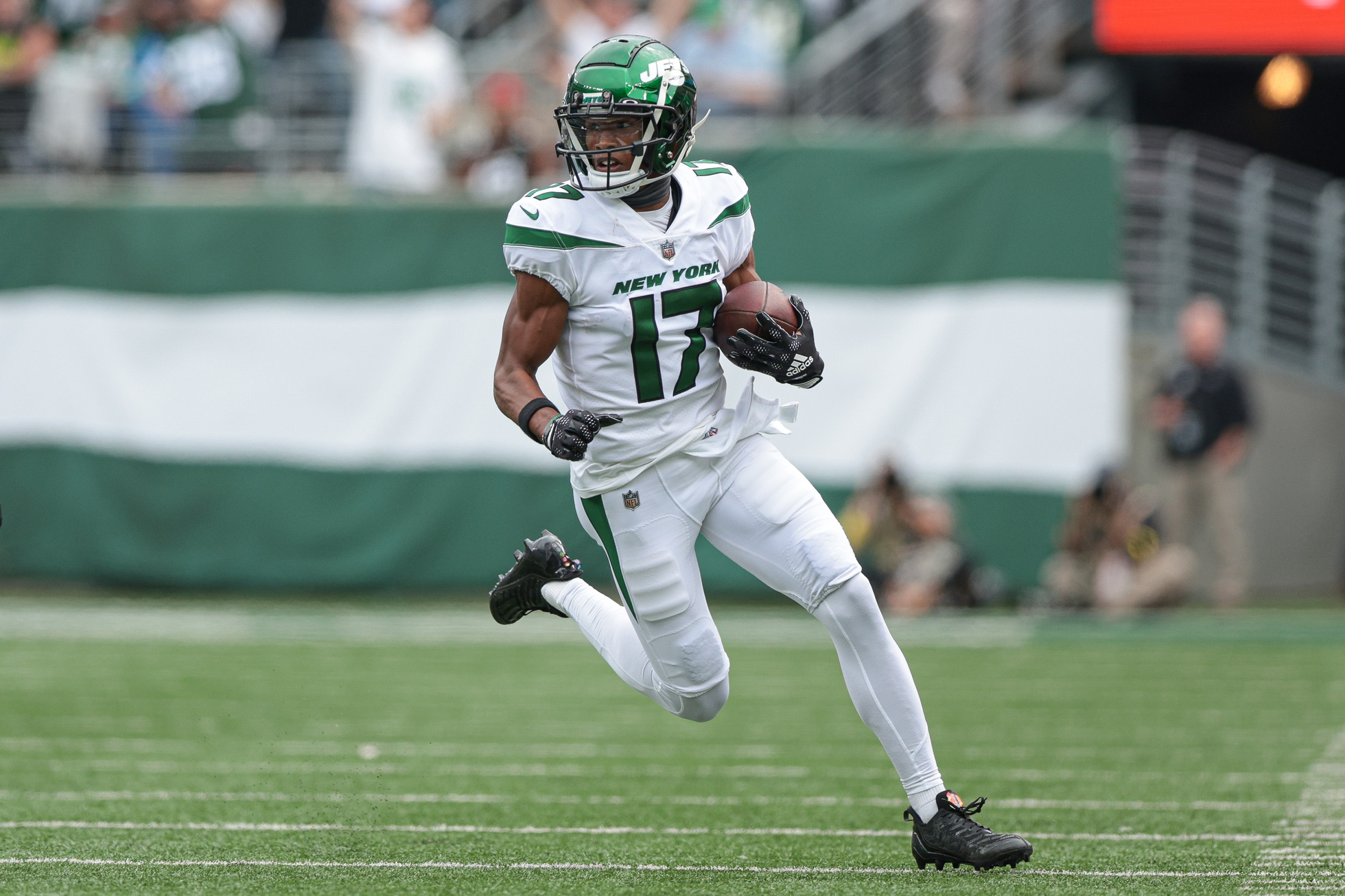 Garrett Wilson Proving He Can Be A No. 1 WR

New York Jets fans everywhere had been dreaming about the Wilson-to-Wilson connection since the team drafted receiver Garrett Wilson earlier this year to pair with second-year quarterback Zach Wilson. For some, dreams of that connection began long before the draft.

For all of those people, that dream is becoming a reality before all of our eyes as Wilson thrives in his rookie season. Through nine games, he trails only the Saints’ Chris Olave in rookie receiving yards with 521—including two 100-yard games—and already has a two-touchdown game under his belt. The rookie receiver also leads the Jets in receptions (42) and receiving yards by a rather wide margin.

Though it didn’t take Wilson long to get going out of the gate with 214 yards and two touchdowns in his first three weeks as a pro, that was with Joe Flacco as his quarterback. Wilson’s production actually slowed significantly at first when his second-year quarterback returned from injury. In the first four weeks in which the Jets had Zach Wilson return under center, he and Garrett Wilson didn’t seem to be on the same page. The receiver logged just 100 receiving yards total in that four-week span with 10 catches on fewer than 20 targets

Over the last couple of weeks, the Wilson tandem seems to have found its stride. With Corey Davis sidelined with a knee injury and a disgruntled Elijah Moore seeing fewer snaps, the rookie receiver hasn’t had to fight for as many targets and has gotten the chance to shine. The results speak for themselves. Wilson put up more than 200 total receiving yards against two divisional opponents that also happen to have some of the NFL’s best passing defenses. First, there was the six-catch, 115-yard game against the New England Patriots in Week 8, and he followed that up with an eight-catch, 92-yard game against the Buffalo Bills on Sunday.

In that game against Buffalo, Wilson looked nearly unstoppable. His releases off of the line of scrimmage were downright filthy, helping him create easy separation immediately to leave him open almost as soon as the ball was snapped.

This release from @GarrettWilson_V is nasty. 🤧@nyjets | #TakeFlight pic.twitter.com/zSpgQeAMXt

Once Wilson got open and found the ball in his hands, he became a real menace for Bills defenders. Big-play ability has always been one of the rookie’s greatest strengths because of the short-area quickness allowing him to elude defenders and his speed giving him the chance to break away once he makes that first man miss. Poor Bills cornerback Kaiir Elam was a victim of rookie-on-rookie crime on Sunday when Wilson caught a pass on an out route and then nearly instantly cut back inside.

Garrett Wilson made Kaiir Elam exit the frame with this move 😳 pic.twitter.com/yn0etwQcMK

As great as the release and elusiveness were on a couple of plays for chunk yardage against the Bills, Wilson’s best play on Sunday might be the one that didn’t count. The rookie’s hands were an inconsistent part of his game in college, but Wilson was always capable of making some outstanding plays with his hands at any given moment.

On a fade route with a throw that ended up taking Wilson out of bounds, the receiver made one of those “wow” catches. It’s unfortunate that it didn’t count, but it shows just what the rookie can be capable of in man coverage and goal-line situations.

It didn’t count but this was BEYOND SICK from Garrett Wilson 😳 pic.twitter.com/cy1KCZYjy4

Garrett Wilson’s rookie season is going swimmingly through nine games and his increased workload with Davis out and Moore’s lack of snaps has proven that he’s capable of being a true No. 1 receiver for the Jets. From his release package to his yards-after-catch potential to his great hands, there’s a ton to like about Wilson’s game. Even when Davis eventually returns after New York’s bye week, the rookie receiver has stood out enough to make sure offensive coordinator Mike LaFleur will keep him involved for the remainder of this year and beyond.