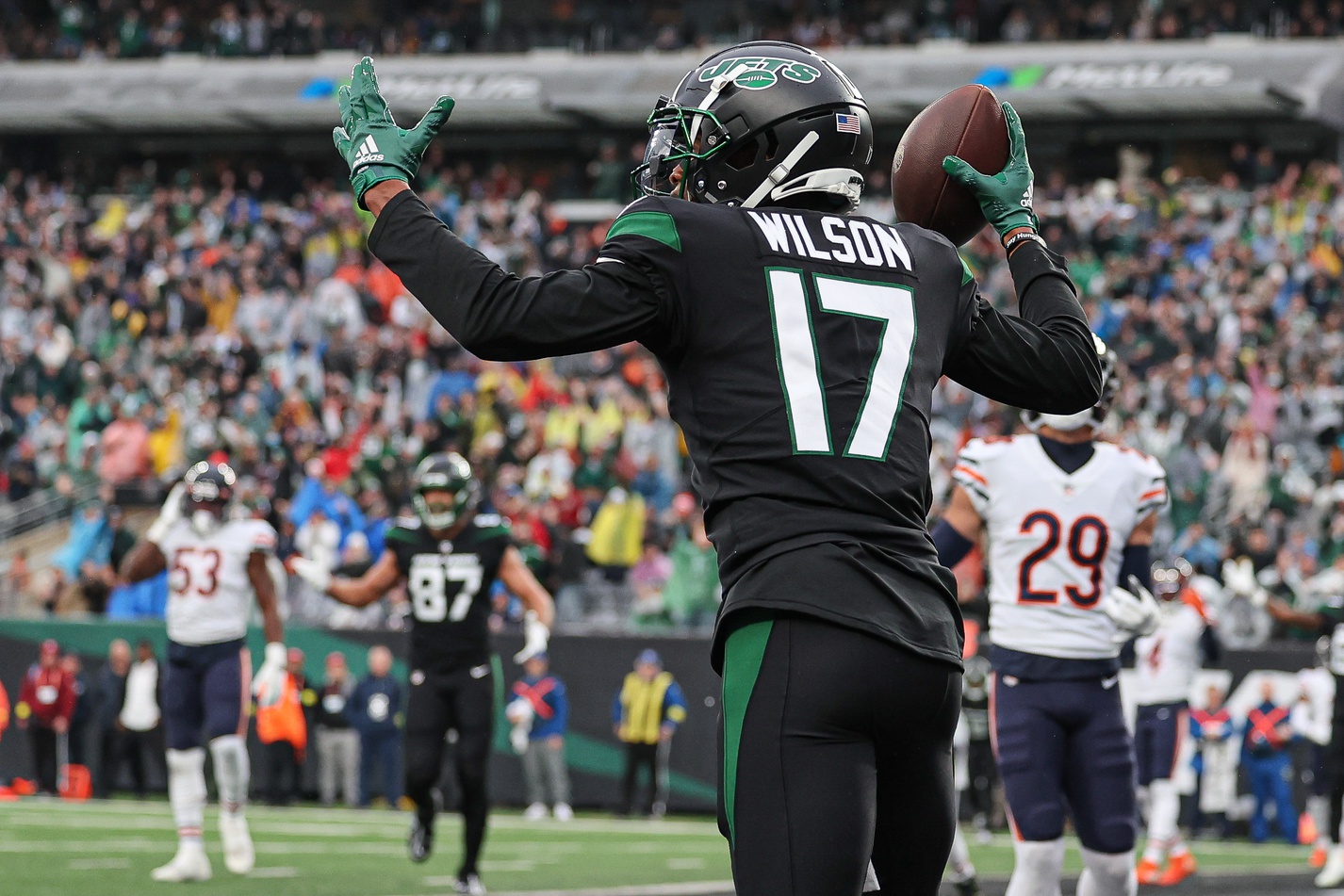 Garrett Wilson Is Back In OROY Conversation

A day surrounded by the success of backup quarterback Mike White, reaching paydirt again was long overdue for rookie wideout Garrett Wilson. A day-one selection back in April who has publicly expressed his displeasure about his targets and volume in weeks past, his two trips to the endzone on Sunday elevated him back into the Offensive Rookie of The Year conversation.

Garrett Wilson is HIM 🔥 (via @NFL) pic.twitter.com/1eYfCpAtOr

With five catches on eight targets for 92 yards, Wilson was outstanding all afternoon long against a young, athletic Chicago Bears secondary. On a day expected to produce a showdown of two first-round signal-callers from 2021 in New York’s Zach Wilson and the Bears’ Justin Fields, White stole the show by tossing for more than 300 yards and three touchdowns without committing a turnover. He gave Garrett Wilson opportunities to make plays on the football, which has been a question with Zach Wilson since the former arrived in New York.

While the former Ohio State standout represented one of the most targeted pass-catchers in football in the first three weeks of the campaign (33), a limited workload during October saw the explosive playmaker fall into the shadows of the Jets’ aerial blueprint. And while the Jets were winning football games during a stretch where Wilson failed to garner more than four catches in a single ballgame, he’s just too good of a football player to go underutilized within an offense that lost its top back in rookie Breece Hall just a few short weeks ago.

Whether the finger of blame for his previous lack of involvement was because of the play under center, game script, or just an inability to get open, Wilson’s performance working with White spotlighted just how unique of an offensive playmaker he is when given the full target share of a WR1 in the NFL—what he was drafted to be.

The Jets’ offense has major questions to answer regarding whether head coach Robert Saleh opts to roll with White or shift back to the former BYU talent in Wilson, it’s decision-making time with a trip set to Minnesota to face the 9-2 Vikings next week. With postseason football right around the corner and a 2-2 record the last month of the season, if White provides the key to unlock Garrett Wilson’s limitless potential on the perimeter—and the rest of the Jets offense—the answer seems clear.