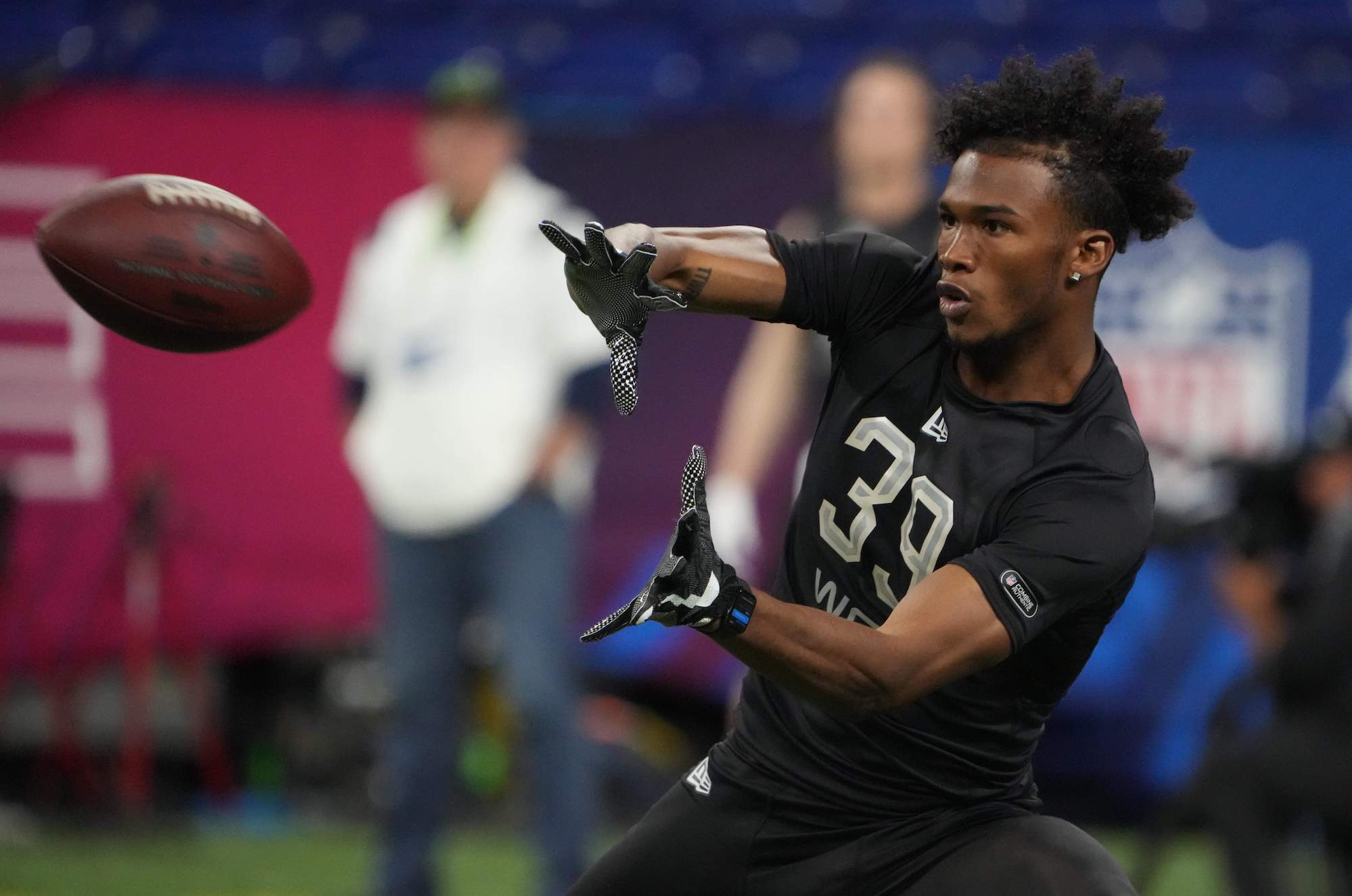 The NFL Scouting Combine is one of the best events on the NFL calendar. It’s essentially a convention for NFL personnel, media, and agents to come together and interact with each other after a long season of competing against each other.

The combine has many different purposes for each party involved. For NFL personnel, the combine serves two purposes. One is to meet and evaluate this year’s crop of NFL prospects. While the on-field testing gets the most hype in regard to general fan interest, front office members actually care more about the medicals and interviews while they are in Indianapolis. For the media, it’s a time to meet with their sources, buy them one or two too many beers, and get the inside scoop on draft prospects and upcoming free agents. Lastly, for the agents, it’s a time to meet with teams’ cap gurus and general managers to begin discussions on their player’s contract status as we head into the new league year and the start of free agency.

Yes, the combine is a wonderful time.

As someone who grew up waking up at 6 a.m. PT to rush to my TV and get comfortable on the couch prepared to watch six straight hours of prospects in spandex running the 40-yard dash and doing drills, the on-the-field testing piece of the combine is one of my favorite things to watch. We are through one day of on-the-field testing with the quarterbacks and wide receivers leading off and putting on an absolute show. The talent was put on full display and many of these prospects helped themselves.

Which prospect impressed me the most? That answer is none other than Ohio State’s wide receiver Garrett Wilson.

Wilson entered Thursday night’s testing as a player who had some of the most to gain. As a prospect, Wilson was viewed to have exceptional ball skills, body control, separation quickness, and an ability to make people miss with the ball in his hands. He was viewed as more of a route-runner who shows an ability to separate laterally but maybe not have the juice to take the top off the defense. He was perceived to have just average speed and at the next level would struggle to test NFL corners vertically. Many in the industry, including myself, thought his speed was closer to a 4.50 40-yard dash which is still good, just maybe not as explosive as some would hope for in a first-round receiver.

For me, I graded Wilson as a first-round player giving him a grade of 86.5 on The Draft Network’s grading scale before the combine. I was the high grade amongst our group of scouts as I bought into his ability to uncover at the next level even without great speed. The ability he shows to be able to separate with explosive cuts but also being able to understand how to set up defenders with body fakes and leverage I thought would translate very well at the next level.

We have consistently seen receivers like Justin Jefferson, CeeDee Lamb, and Keenan Allen show off their ability to create separation with quickness and craftiness, not necessarily leaning on blazing speed to win—although Jefferson does also have that in his bag. I bought into Wilson’s ability to play the ball in the air, even though he is under 6 feet. He showed a consistent ability to elevate and locate the ball while having the body control to put himself in position to come down with it. I bought into his shiftiness and creativity with the ball in his hands and how he always makes the first defender miss.

I had very little concerns about him other than the lack of top-end vertical speed, and I thought his strengths outweighed that one weakness. Well, after Thursday, the questions about Wilson’s speed will no longer exist after he blazed the track and ran an official 4.38 40.

Now, if you would have told me heading into the combine that Wilson would have run a faster 40 than Buckeye teammate Chris Olave, I would have honestly bet every dollar in my bank account against that happening. But here we are.

Wilson’s official 4.38 is faster than Olave’s official 4.39. Olave came into Thursday night as a polished receiver who has the blazing speed to take the top off the defense but lacks an ability to climb the ladder to play the ball in the air and leaves a bit to be desired with the ball in his hands after the catch. Olave and Wilson complemented each other very well because their strengths complemented each other’s weaknesses. Now, with Wilson displaying that he does have excellent speed, what weakness does he even have?

If I were to try and find holes in Wilson’s game other than the perceived lack of speed—which we now know isn’t accurate—I would first look toward his frame. At 5-foot-11¾  and 183 pounds, Wilson doesn’t have the ideal body type to be able to play as an outside receiver in the NFL. This fact will lead people to believe that he is a slot-only receiver, in which his draft projection will change drastically as you generally don’t draft slot-only pass-catchers in round one. For me, I don’t think his frame is an issue at all. We have seen slender receivers be able to win on the outside as they simply can’t be touched off the line. I think of receivers like Stefon Diggs, Calvin Ridley, and even DeVonta Smith from a year ago—all have had success in the NFL playing outside as they win with quickness and craftiness rather than overpowering press.

Wilson’s combine performance Thursday night was very reminiscent of Jefferson’s back in 2020. They both were considered outstanding route-runners and separators but both lacked home-run speed. Then Jefferson ran an official 4.43 and has since lit the league on fire.

While Wilson running a 4.3 shouldn’t drastically change your evaluation of him, it does check a box that many had left unchecked heading into the weekend. With a complete skill set and seemingly very few weaknesses, look for Wilson to be the first receiver off the board come April.