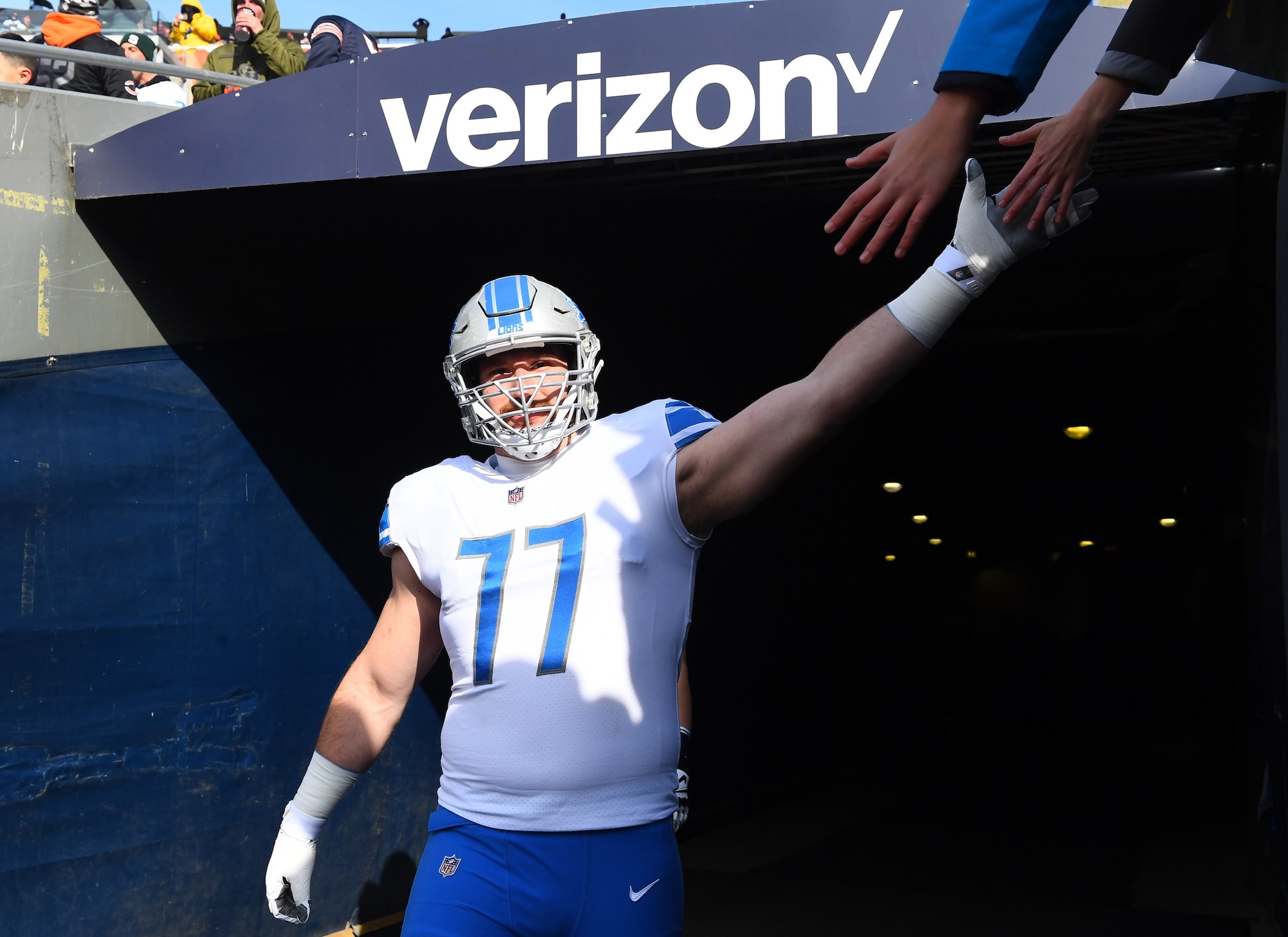 While there’s been little to celebrate in Detroit in a long, long time, flashes of brilliance and heroic play have welcomed the masses back year after year despite a decades-long run of mediocrity. A franchise currently on the up and up with General Manager Brad Holmes and Head Coach Dan Campbell in place, the lungs of the Lions’ front five have provided a banner of optimism as we approach the 2022 campaign. One player in particular, former No. 20 overall pick Frank Ragnow, is probably the best offensive lineman in football you haven’t heard about.

While Indianapolis’ Quenton Nelson, Dallas’ Zack Martin, and San Francisco’s Trent Williams are household names, Ragnow, whose game has been swallowed by the substandard play of those around him, has been kicked under the rug as one of the league’s true dominant forces within the interior.

A product of Arkansas and one of just three former Razorbacks offensive linemen to be drafted in the last decade, Ragniw has been the exception to the rule for a program not known for pumping out hog mollies year in and year out. An uber-athletic specimen with football intelligence and an acute understanding of the little things that come with winning in the trenches, Ragnow has progressed into one of the league’s most well-rounded linemen at a spry 26 years old. Up front, it’s all about winning the leverage battle—getting your hands in first. While he’s shown the ability to anchor, sit, and control 330-plus pound 1-techs or a 295 pound explosive 3-tech in the passing game, where Ragnow sets himself apart from the NFL’s elite is in the ground game.

A dominant physical presence, his ability to displace, re-locate, and well, embarrass defensive linemen has become a weekly trend when you turn on Ragnow’s tape. What makes his skill set so unique is how he uses his size.

At 6-foot-5, it isn’t easy to win consistently like he does. Down in a three-point stance in 100% of his snaps, unlike an offensive tackle, his ability to sink his hips, lower his center of gravity, and play low—rather than playing vertical, exposing his chest, and competing without an understanding of angles—is a huge part of his game.

Although Ragnow appeared in just four games last year before suffering a season-ending toe injury, the stratosphere remains his ceiling at full health this fall. The heartbeat of an underrated Lions front five touting fellow first-rounders Taylor Decker (2016) and Penei Sewell (2021), after making his first Pro Bowl in the 2020 campaign and with nearly a full calendar year of rest before Week 1, Ragnow looks primed for a massive bounce-back campaign.

While Detroit remains in the meat of its rebuild and questions remain at a multitude of spots within their depth chart, Ragnow represents a foundational piece both now and in the future. With talents like Sewell, running back D’Andre Swift, wide receiver Amon-Ra St. Brown, sparkling new first-rounders Aidan Hutchinson and Jameson Williams, and former No. 3 overall pick Jeff Okudah—each of whom is expected to produce substantially this fall—the pieces have begun to jigsaw nicely around Frank Ragnow, their cornerstone offensive anchor.