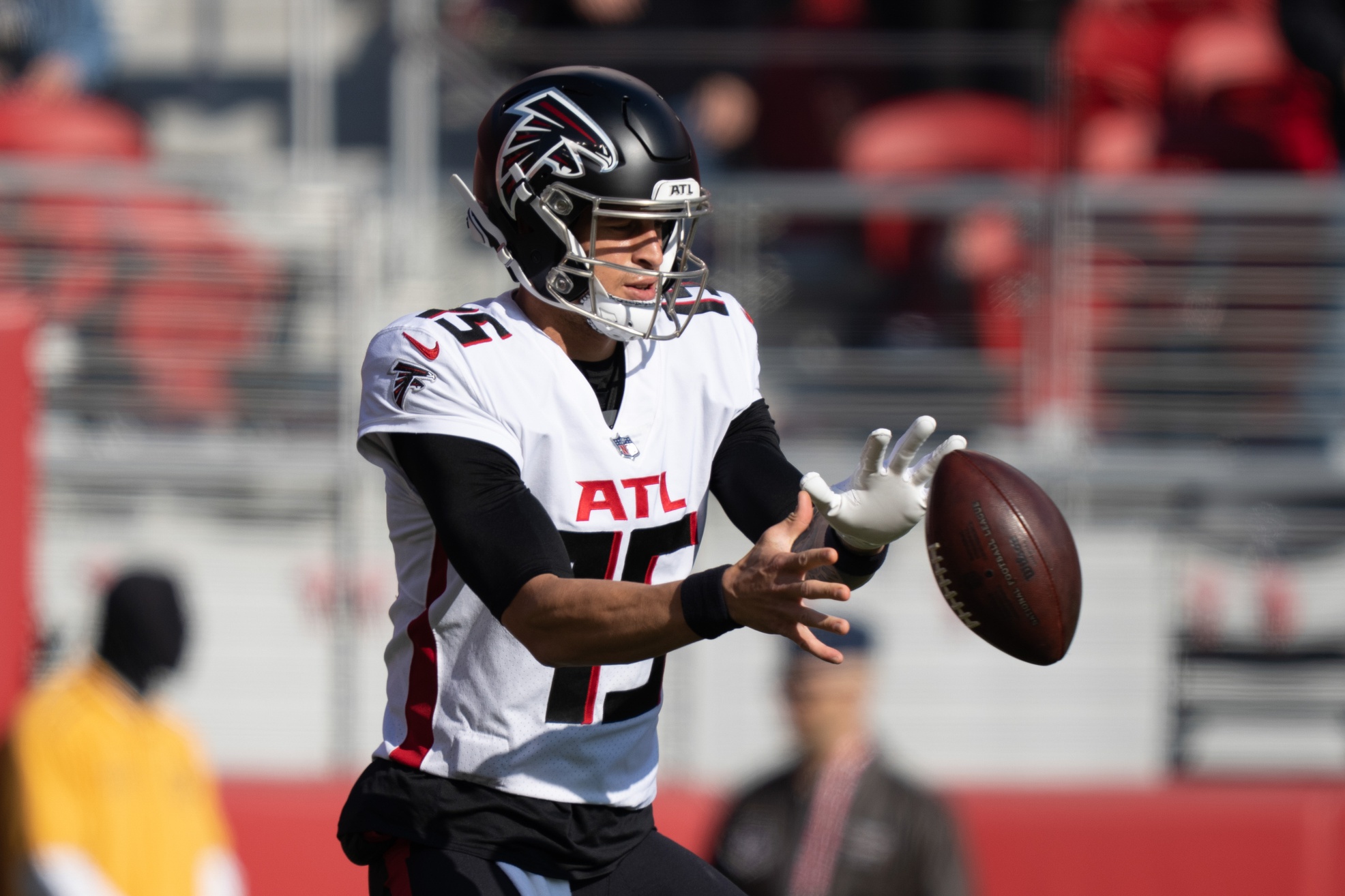 The Atlanta Falcons continue to experiment throughout organized team activities (OTAs). Former Florida and Arkansas quarterback Feleipe Franks is now being utilized as a “hybrid” player in Atlanta’s offense during practices. Falcons Head Coach Arthur Smith confirmed that Franks is working at tight end, after getting some work there last season, and as an H-back on the punting team.

It represents a last-ditch effort to salvage Franks’ professional career, but the Crawfordville, Florida native is extremely unlikely to successfully grow into his new-look role. However, Smith is excited to watch Franks acclimate to his new duties.

“I’ve been pleased with both quarterbacks, with what Marcus (Mariota) and Desmond (Ridder) are doing,” Smith said, via D. Orlando Ledbetter of the Atlanta Constitution-Journal. “Feleipe is still working in that (meeting) room. He’s a valuable football player for us. He’ll take some reps at quarterback. Put Feleipe in that hybrid category.”

Franks’ positional switch speaks volumes about how the Falcons feel about their quarterback situation. That’s the ultimate takeaway. General Manager Terry Fontenot retooled the position this summer by trading away long-term franchise signal-caller Matt Ryan to the Indianapolis Colts. Fontenot then signed veteran quarterback Marcus Mariota to a bridge contract, who now reunites with Smith in Atlanta after previously spending time together in Tennessee. The Falcons also drafted former Cincinnati quarterback Desmond Ridder in the third round of the 2022 NFL Draft. The offseason acquisitions of Mariota and Ridder have allowed the Falcons to deem Feleipe Franks as surplus at the position, and there isn’t a realistic path for him to work his way back into Atlanta’s top two after briefly serving as Ryan’s backup last season.

Franks initially joined the Falcons as an undrafted free agent at the conclusion of the 2021 NFL Draft. He’s never shown flashes of developing into an NFL-quality quarterback. Prior to making this recent position change, Franks had one career regular-season passing attempt under his belt. It was intercepted.

This experiment represents yet another example of Atlanta’s willingness to attempt to find offensive success in unconventional manners. Former defensive back Avery Williams has joined Franks in the hybrid category, officially moving to running back earlier this offseason. Smith continues to tinker with a roster that appears set to struggle in 2022.

As for Franks, call it the Taysom Hill role, if you will. The New Orleans Saints have routinely utilized Hill at a similar hybrid position, both as a tight end and H-back. In the interest of fairness, the Saints have found a moderate amount of success in Hill’s case, but replicating that success qualifies as extremely unlikely for Franks. Hill is a rather unique athlete whereas Franks has never showcased an ability that suggests he’s capable of making such a transition. Hill accounted for 2,815 rushing yards at BYU as a dual-threat player.

Franks will approach the experiment with the correct attitude, but a positive outcome would qualify as surprising. It all manages to summarize a fairly concerning situation for Franks’ prospects of ever developing into a legitimate NFL weapon.