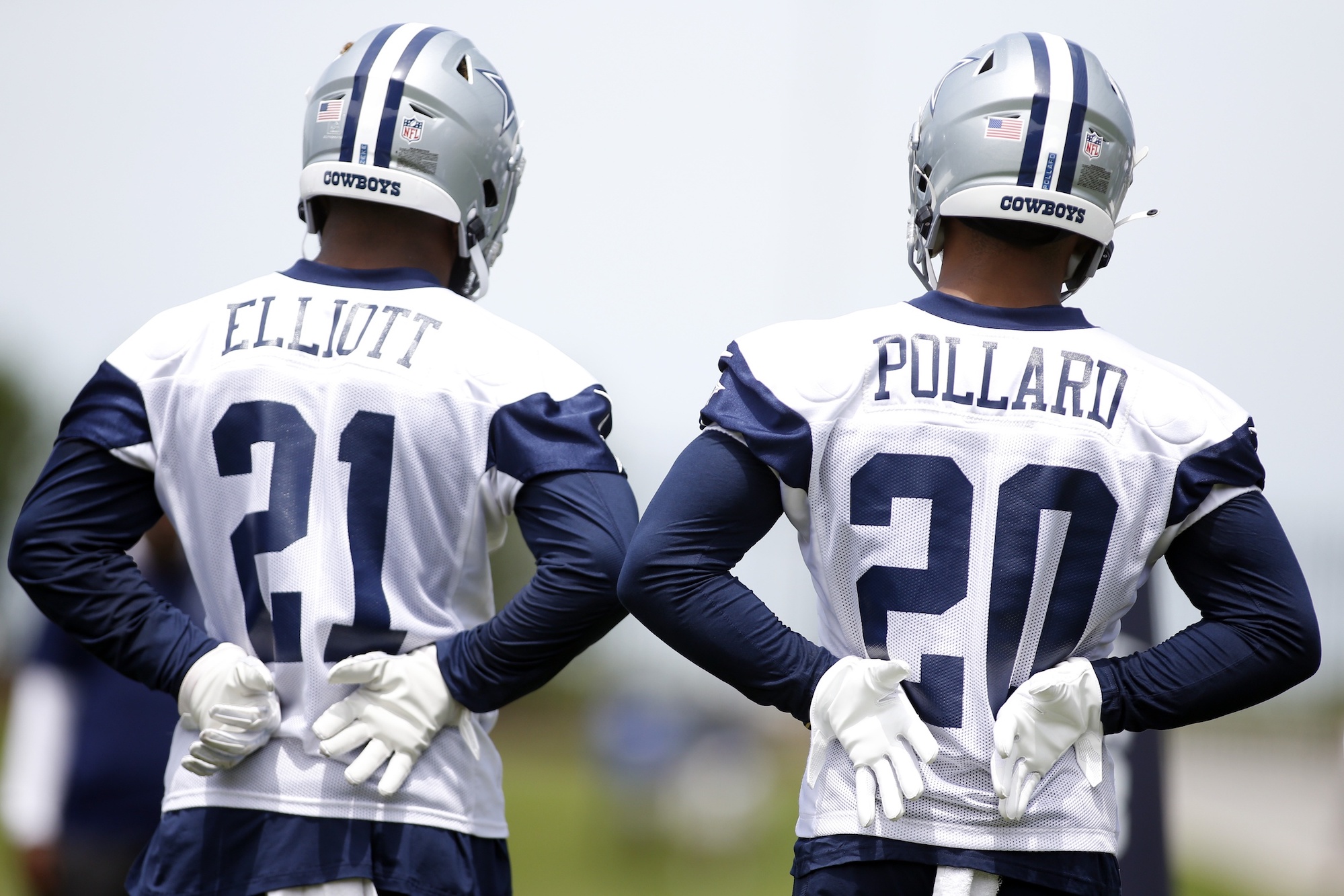 What Do Jerry Jones’ Comments Mean For Ezekiel Elliott’s Role?

Though Dallas Cowboys running back Ezekiel Elliott hasn’t looked like the dominant force he was a few years ago as of late, if you ask team owner and general manager Jerry Jones, you wouldn’t know it. For Jones, the “Feed Zeke” era is alive and well.

Just a few days ago, Jones was asked about what Elliott’s role in the offense will look like going forward, especially with the rise of backup running back Tony Pollard last year. Jones’ response was that Elliott is and had to be the Cowboys’ featured back, that he was to be the “focus of what we’re doing.”

Given Elliott’s struggles in recent years, that answer is a bit surprising. In 2021, he put up career lows in rushing yards per game (58.9) and carries per game (13.9), marking the continuation of a steady decline in both stats that’s gone on since the 2018 season. After earning Pro Bowl and first-team All-Pro honors in his 2016 rookie season, Elliott has two more Pro Bowl appearances and a second-team All-Pro nod, but he hasn’t earned any such accolades since 2019.

Elliott’s steady decline, while obviously present on the stats sheet, shows up on film too. He just doesn’t look nearly as explosive as he did when he was putting up video-game numbers in 2016 and 2018. Without that explosiveness and burst also came an inability to break tackles. Elliott, who was previously well-known for his ability to fight through initial contact, was not staying upright as often after getting hit. He broke just nine tackles last year and averaged fewer than two yards after contact per carry for the first time in his career.

At the same time, Pollard, Elliott’s backup, was putting together the best season of his career and making more of a name for himself in the Dallas backfield. When Pollard was drafted in the fourth round in 2019, he was expected to take over Rod Smith’s role as Elliott’s backup, providing a solid change of pace from the big bruiser. For a couple of years, that’s all he was—a backup. But in 2021, he got a lot more attention when he started stepping up for the declining starter.

Pollard’s career year last season showed that he could do it all. He looked more explosive out of the backfield with an ability to turn on the jets once he reached the open field. His 5.5 yards per carry reflected that, especially in contrast to Elliott’s 4.2 yards per carry last year.

Part of that extra yardage was also a result of Pollard being significantly more elusive and better at forcing missed tackles than Eliott last season. Pollard broke seven tackles on more than 100 fewer carries and averaged 2.5 yards after contact per rush, the same amount of yardage Elliott was averaging before contact and much more than his numbers after contact. Since 2019, Pollard’s rookie season, the running back ranks fourth in the NFL with a 25 percent missed tackle rate per touch.

Another facet of Pollard’s game that seems to put him above Elliott is his contribution to the passing game. His 719 rushing yards last season were still behind the starter’s 1,002, but Pollard also recorded 337 receiving yards on 39 catches, whereas Elliott only totaled 287 yards on eight more catches. Last season was the first year the Cowboys caught on to how Pollard was used in college—taking tons of reps as a slot receiver—and it worked out well for them.

If nothing else, Pollard should get plenty of extra touches in the passing game to keep him involved in the offense. Though it already is starting to look like he has earned more carries as a rusher given his rise and Elliott’s decline, that won’t happen if Jones continues to double down on wanting to keep Elliott involved. But still, even if the Cowboys owner wants the rushing offense to continue to lean on Elliott, that doesn’t mean Dallas can’t keep Pollard involved on that side of the football as a pass-catcher or change-of-pace back.

Even though the time of “Feed Zeke” is dead to everyone but Jones, even he can’t pretend that Pollard doesn’t deserve more touches given his 2021 offensive production. So while Dallas may continue to run Elliott out there as their starting running back, don’t be shocked if Pollard finishes the 2022 season with more all-purpose yards.