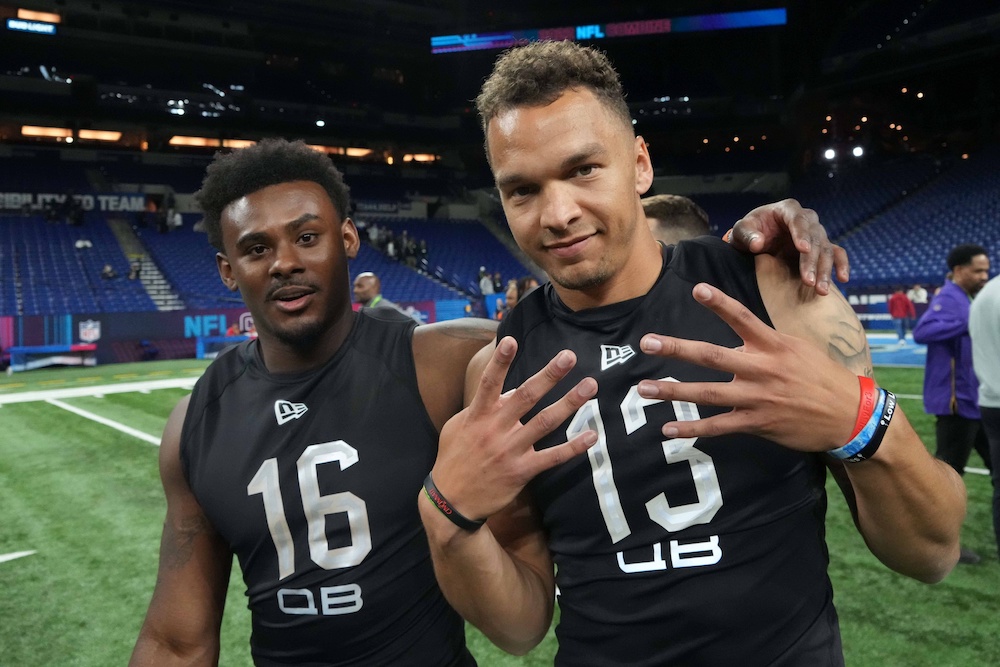 We saw a bit of a run of quarterbacks on Day 2 of the 2022 NFL Draft after Kenny Pickett became the only quarterback to come off the board during Round 1. There’s a good chance we could see several signal-callers selected by teams once more in the final day of the event.

Here’s a look into each quarterback who got drafted on Day 2 and how they fit into their teams:

Ridder has been praised for his football IQ and Head Coach Arthur Smith runs a complicated scheme, so this is a match made in heaven on that particular note. There’s also a good chance the Falcons also make use of the underrated athleticism Ridder fully showcased at the 2022 NFL Scouting Combine when he recorded a 4.52-second 40-yard dash time. I asked Ridder in an interview ahead of the Draft about how he could potentially be a Marcus Mariota type of quarterback if put in the right situation to do so and he seemed to see the similarities to the quarterback with which he now shares a room.

“If we ran a no-huddle, up-tempo offense, I think people might see me (like Marcus Mariota),” Ridder said. “I’ve looked at Marcus Mariota ever since I was growing up watching him at Oregon and watching him win the Heisman and having an NFL career. It’s been fun seeing someone who kind of has body-type similarities to me have success.”

It will be interesting to see how this pans out but the Falcons as getting a signal-caller with arguably the highest level of foundational traits in this draft class.

So many of us thought that Willis would be a first-rounder, taken between picks 2-6. That wasn’t at all the case as the former Flames signal-caller fell all the way to the third round. This truly is a phenomenal thing for the Titans, though.

The team gains a quarterback with a sky-high ceiling. If he hits it, he will quickly become one of the best quarterbacks in the league. But this is the note to be made about Willis: he is a one of two extremes type of player. There does not seem to be a middle ground for him. He will either achieve what some believe he can or go bust quickly. This is definitely a quarterback the Titans can use running play-action and designed quarterback runs if desired. Quarterback Ryan Tannehill had a lackluster year in 2021 and if he continues that type of play, Willis could push him. For now, he projects as a promising backup with tremendous starting potential if he becomes what some think he can be.

Corral didn’t receive as much attention as some of the other quarterbacks did during the pre-draft process because he didn’t meet the eligibility criteria to be included in the Senior Bowl and he elected not to throw at the combine after being affected by a lower-body injury from the Sugar Bowl.

With a team that is lacking overall at quarterback, Corral brings a high level of arm strength, much-improved year-over-year accuracy and decision-making, and a tough type of get-it-done mobility. This is a signal-caller with a wide skillset who should be able to fit well and make a name for himself in Carolina.

Corral told me a day ahead of him being drafted that he wouldn’t exactly consider himself underrated but that he didn’t get a chance to show off his abilities the same way as some of the other prospects due to extenuating circumstances. It’s prove-it time and Corral has shown he has the potential to do just that.